In the southern part of India, in the state of Tamil Nadu, under the Tiruvannamalai district lies a non-profit organization that conducts the act of charity in a rather unconventional way – acknowledging the persistent conflict of interest all NGOs face throughout the world: to receive funding from outside sources, such as governments, corporations, or foundations and dramatically affect their effectiveness and neutrality, or to stay independent, at the cost of financial hurdles.

People’s Craft Training Center is the latter, an institution built on one man’s refusal to simply bear witness to the suffering surrounding his community, and thus the course of the organization was set: to above all, be of service to the people, regardless of how difficult that would be financially, or otherwise.

In this exclusive interview, chief executive director, Xavier Mariadoss will shed light into what it takes to thrive as an NGO with the courage to live by its own terms. 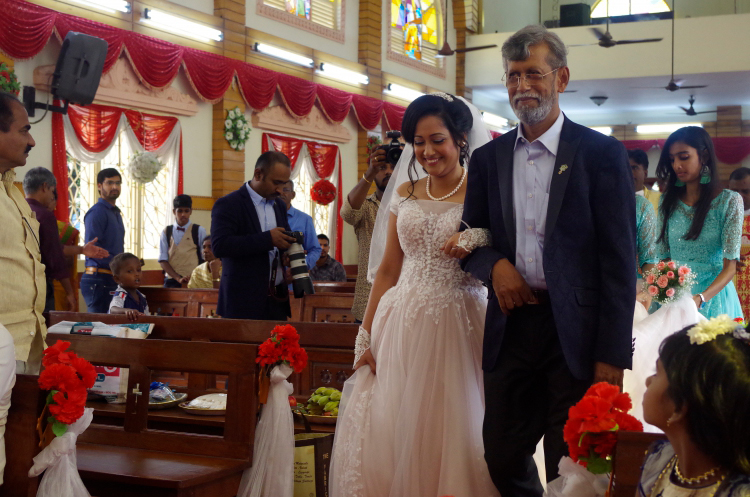 Without using your job description or your educational history: tell me who you are.

Xavier Maridoss: I think I am a normal human being, born in a rural context, in a small village, in Tiruvannamalai district. Right from my school days, I have inculcated a concern for people around me, who need support from me. This has really pushed me into doing something for people with disability, ever since 1991. Earlier, I was working in a different set up, working for people with leprosy, for village people fighting for their rights. So, it was kind of a gradual development, to look into how I can respond to the different needs of the people around me.

Tell me about the people that have helped you get to where you are now.

Its an unending list. But initially, I was educated in Salesian institutions, both my high school and college days. I think they were the basic motivators for me, for the kind of work that I am doing now. Secondly, after I finished college, I was working in a German hospital, run by sisters. They were working for leprosy rehabilitation. But I was told to initiate a program for school drop outs. The head of the institution, Dr. Maria Ashoff, was a German doctor, she was kind of a mentor to me. Along with, Mr. Novemoney, who helped me really get into this kind of development work.

Later, I was also engaged with the other priests and nuns in my area, to look for possibilities to get into this kind of work. In 1991, when I started this organization, one of my close friends, Sister Theodore Isaac, was instrumental in the initial stages of finding the needed support. And, I have a friend, a mother figure in England, Cathy Bowman, who was also very much part of the initiatives I undertook. Later, a French organization helped me initiate programs that responded to the needs of the area. Along with them, Mr. Meier, a Swiss friend, helped in creating a master plan for this organization – a plan that focused on sustainability, of the people and the organization. And now, it is almost twenty-seven years. All these people have been incredibly instrumental in getting the organization this far.

What makes PCTC different from other NGOs?

First, PCTC is a response to the need of the people expressed in this area. In 1991, there was no program that dealt with the polio affect population in the area. That was the first response – to initiate a program for the polio affected children in the area. Later, all other programs were added in response to the expressed need of the people. Like different other disabilities: cerebral palsy, mental retardation, multiple disability, and so on. For these issues we offer our own services. For other disabilities we initiated a referral center through a network created in the district. That way, all the people with a disability could access services either directly, or indirectly.

Of PCTC’s multiple endeavours; Rehabilitation, Women’s Program, Children’s Program, Community Health, Farm, & Publications – which one is the closest to your heart?

I would say all of them are close to my heart because it is a response to the needs of the people in my community. The perspective PCTC has in terms of development – it is not in isolation that you can work with people, when a need arises, we tailor the program, so it is a comprehensive development program. Everything is important, with disability as the core. Whether it is a women’s program, it is always in relation to disability, helping those affected by disability within the community. 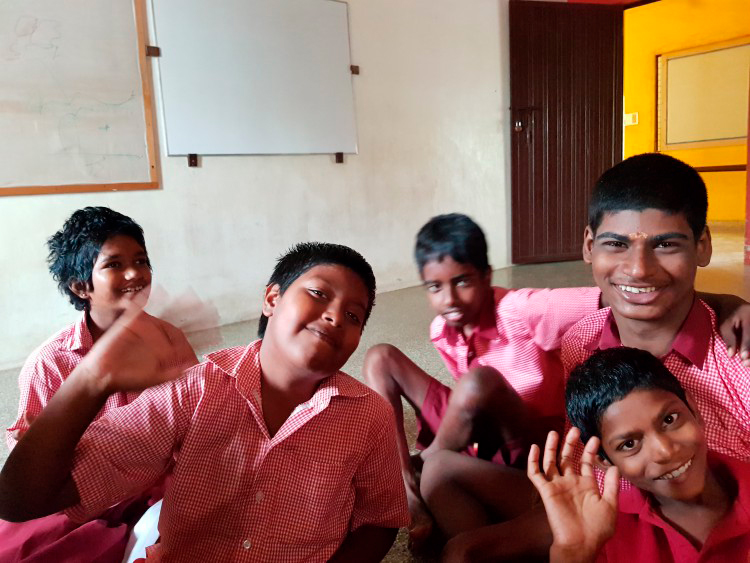 Students with disabilities at the Center | Michelle Diaz

Teacher and student at the Center | Michelle Diaz

When it comes to the organization, what are you most proud of? For example, finance, management, etc.?

I would say, all of it is complimentary. From finance, to management, or human resource. Only when we can work together in all these areas can we achieve our goals. Most NGOs really look forward to getting a grant and then spending it, getting support from outside the organization. Whereas in PCTC, when we teach self-sustainability, we also look at the sustainability of the organization. So, in that context, every time we initiate a program, we always see to it that the program is not time bound, but an ongoing program.

The second important aspect, is that whenever we start a program, we make sure to involve the people. So, when we feel that the people no longer need our support, we withdraw and handover the program to the people. One good example would be the microfinance program we initiated – we supported people in the building of infrastructure, training, management of finance, and starting small enterprises for their livelihoods. We supported these people for around ten years, after which we felt that they could really handle the situation, and as such, we withdrew. In that way, we see to it that the people participate, with the hope that they will someday manage by themselves, and eventually take over.

What is your advice to someone who wants to someday achieve what you have done? – To become a CEO of a successful non-profit that is not reliant on grants, government, or outside sources.

Believe in people – when people say they want something, or when they say they don’t, at which you point you say, “Okay, bye”. That is an attitude people should have. Second thing, don’t chop your head for the sake of the hat. For example, when somebody is giving you a grant, see to it that the grant is useful, whether it is going to fulfill the need of the organization. And if not, to have the guts to say, “I don’t want the grant”.

Having this kind of attitude means that you will exist for the sake of the people, not the organization. In this way, as long as the people need you, you can always exist and survive. But gradually the need changes, so you need the ability to identify the needs of the people. And respond to it in a positive way, and to assure that the people can participate. 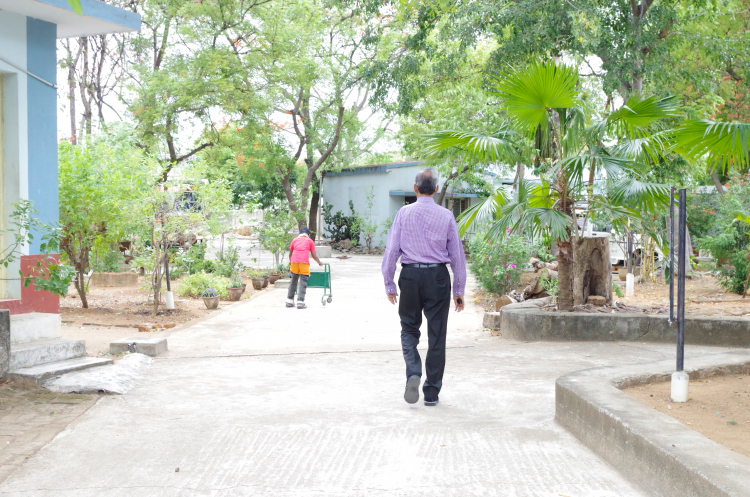 I don’t think I can advise other NGOs, but this is the strategy we have followed. It depends on the context and the NGO. Each activity we do is unique, so depending on the context, the NGO needs to keep their eyes peeled and their ears alert. See to it, that there is a constant communication between the people and the organization, so that it becomes more relevant. The more relevant you are, the more viable you become.

Xavier Mariadoss is the chief executive director of People’s Craft Training Center, a non-profit organization established in 1991 working with people living with disabilities in Thurinchapuram, in Tiruvannamalai district in the state of Tamil Nadu in South India. Mariadoss received his B.Sc. in Chemistry from MSW Venkateswara University, in Andhra Pradesh, India. Later, he obtained post graduate diplomas in Non-Formal and Adult Education, and in Health and Development from the United States. From 1994 to 1996, he served as the executive director of rehabilitation of the disabled person program in India for Handicap International. Reach him through email correspondence, available on the organization’s site.