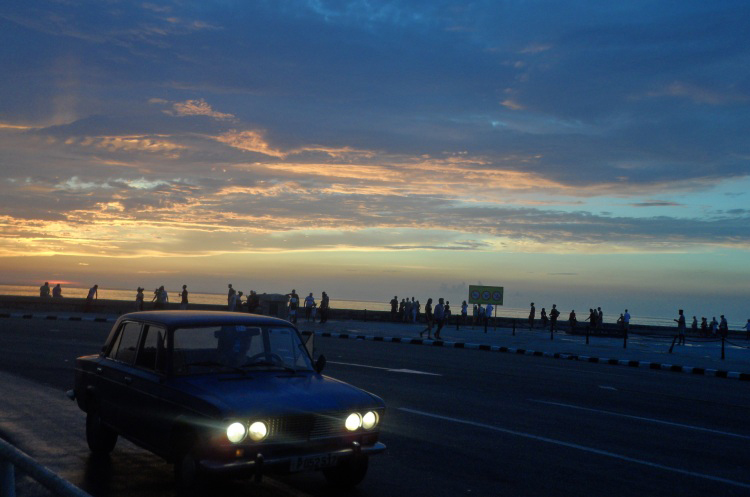 Evening on the Malecón | Gina Agnew

And the Beat Goes On Everywhere in Havana

A cluster of thick, pink and yellow clouds moved across the sky as a group of friends and I arrived at the end of the Malecón, Havana’s seaside promenade. We were both astounded and enchanted by the fact that on the horizon there were such aggressive flashes of lightening without any sign of rain approaching. A group of four young men with beaming smiles and instruments soon stole our attention away from this natural marvel, and began playing a succession of infectiously rhythmic music by Latin American icons such as Celia Cruz, Benny Moré and The Buena Vista Social Club. 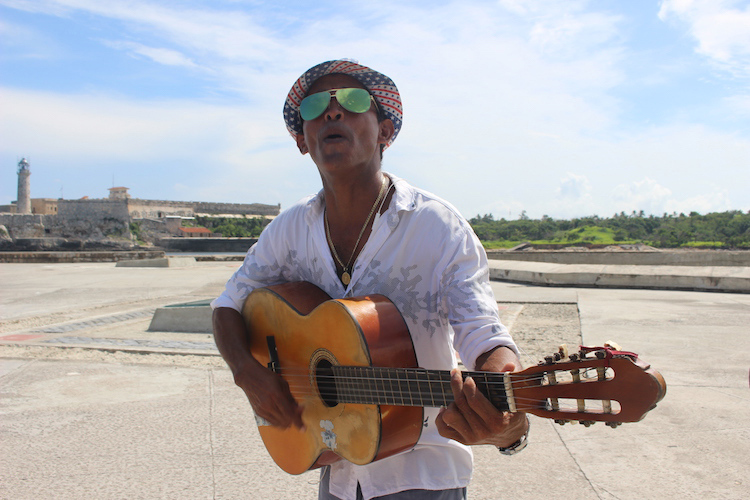 Between each song, the limits of the make-shift stage seemed to broaden, encompassing more and more people into the ever-expanding quartet.  A sassy drummer and a rapper with a gleaming grin two-stepped their way into the group, contributing to the contagious rhythm that continued to draw in even more passersby. The energy of these musicians was only further amplified by the frequent flashes that ignited the clouds every few minutes and, as an English girl with no rhythm, I was surprised to find myself dancing along in public .

Introducing themselves as Los Cuatro de Malecon, these charismatic entertainers defended Cuban culture through their choice of music. “With each generation music changes, but the traditional Cuban genre stays the same … it’s in our blood,” explained Angel,  the lead singer and chattiest member of the group. It goes without saying that Cubans are born with an innate sense of rhythm, and being surrounded by the constant pulsing rhythms of rumba and salsa, one can understand why. A simple stroll down the Malecon in the evening will expose you to the friendly smiles and cooling sea breeze which eventually guide you to the musical epicentre of Havana’s best street performers, a truly authentic experience. 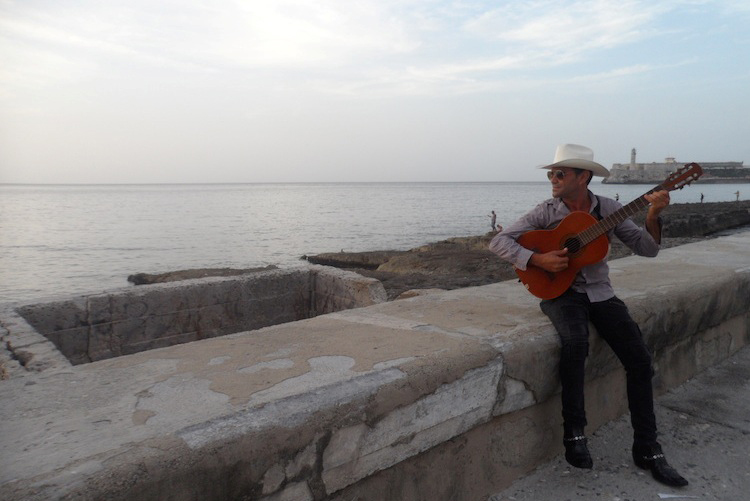 The streets of Havana are not the only place to be swept off your feet by infectious rhythms. The following day I was handed a leaflet advertising a series of evenings at a small piano bar, Habaneciendo. Eager to avoid the more touristic spots where the song “Guantanamera” is played on repeat, I decided to venture into this less well known club. Narrow and intimate, with a bar perched over the stage, this dark yet vivacious venue transported us into the depths of Afro-Cuban nightlife, despite it only being 5 p.m.

That night I was lucky enough to catch Timbalaye, an Afro-Cuban rumba group comprised of more than 15 energetic musicians. As they gathered around the tiny stage, the drums began to beat and the audience were told to clear a path in the middle of the room. Before any reaction could take place, two dancers with gold scarves divided us with the pulsing movement of their bodies bouncing back and forth through the crowd, perfectly synchronised with each other like a mirror reflection. The room ignited with squeals of excitement and the grinning guests accompanied the musicians, slapping their own rhythms on the edge of the tables. 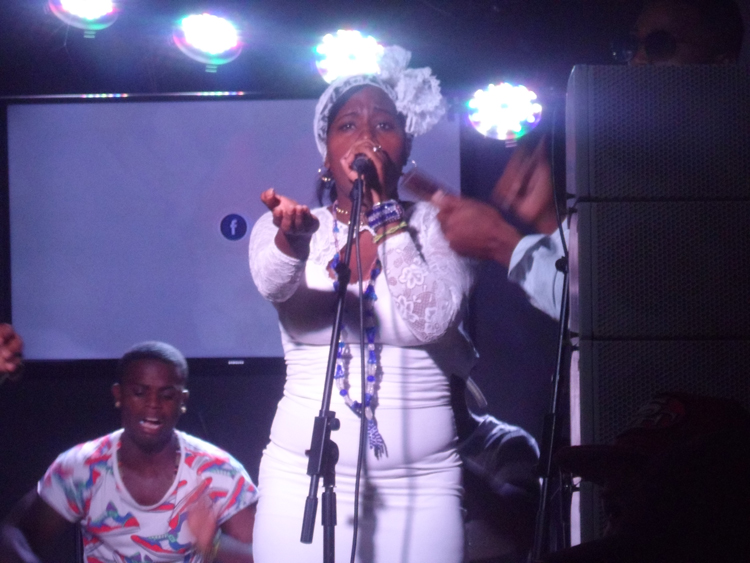 And all that jazz | Gina Agnew

Many artists explain the importance in the beauty of the lyrics in traditional Cuban music. Timbalaye, however, have centred their focus on rhythm. “We like to mix in the genres of guaracha, bolero and then add African drums because it really encourages people to get up and dance,” explained Tania, the 41-year-old founder of the group. Tania had made a valid point, as only 30 seconds after the music began did the crowd join in, including myself, who by this point had already finished three Cuba Libre cocktails. Given the number of Timbalaye’s members, the lead singers worked in shifts, rotating every couple of songs. Their set lasted two hours yet seemed to be over far too soon; I could have stayed dancing and shrieking with them forever. Had more time been available in my schedule, I would have returned to Habaneciendo, as they had many more live bands to follow that week.

Another immersive experience took place in Casa Miglis, a restaurant in Central Havana owned by Michel Miglis who fuses Swedish and Cuban cuisines with great success. My group of friends and I were lucky enough to be seated at the back of the restaurant, occupying two long tables facing a stage with walls adorned with faded Coca-Cola signs. We were chatting amongst ourselves when the lights dimmed as the seductive lyrics of ‘Bésame Mucho’ began to creep into the room. A smooth saxophone melody accompanied a mesmerising, angelic voice that isolated me from the rest of the group, as if I and the band were the only ones in the room. 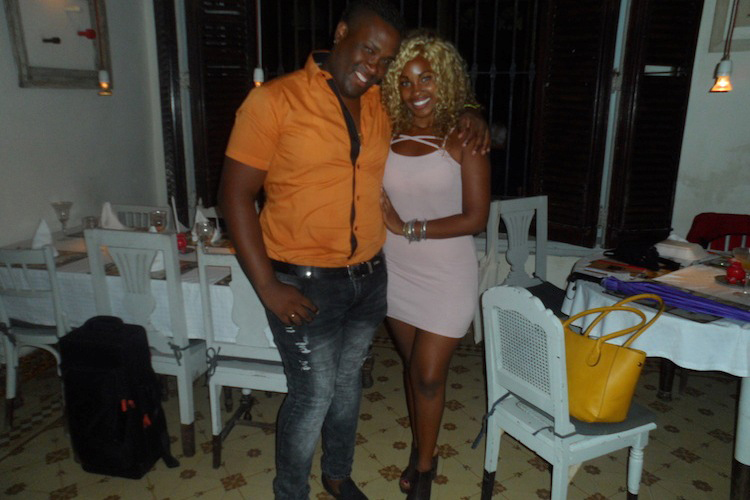 Come and dance with us! | Gina Agnew

Moonlight, as they called themselves, fluctuated between jazzy bossa nova and soulful R&B, focusing on a hybrid of well known songs, catering to the preferences of locals and tourists. “We don’t want to pigeon-hole ourselves, we like to have a fusion of styles when we sing,” shared Linet Varela , the captivating singer of the group. It is for this reason, coupled with performing in different locations, that the pair frequently alternate their band members and instruments on stage. Another notably defining aspect of their musical Cuban identity is their manipulation of the song’s original form. Ivan Saez, the saxophonist and co-founder of Moonlight, continued to outline the style they choose to adopt when performing. “In our group, we play with the rhythm and melody whilst respecting the significance of the lyrics,” a technique in common with many of the artists I spoke with.

What remains clear about Havana is how traditional Cuban music permeates the bars, restaurants and street life, even if its artists have tweaked some elements. The rumba rhythms and passionately performed lyrics truly define one of the things that is most loved about this tropical island.