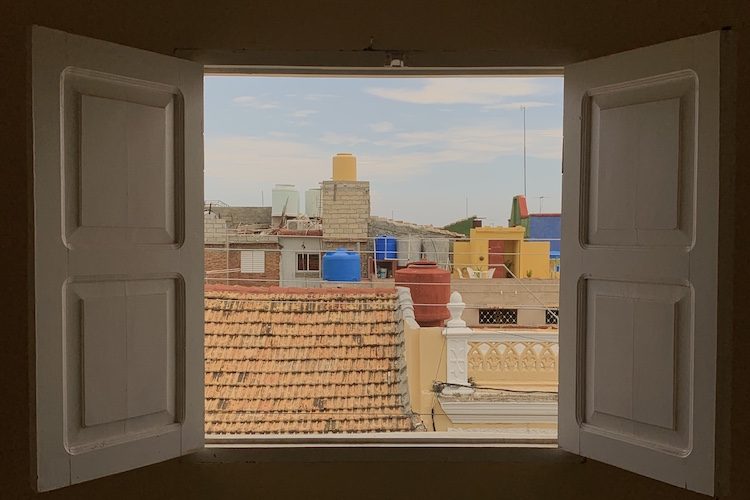 Looking out onto the city of Trinidad | Donovan Staples

How the City of Trinidad Tells Its Own Cuban History

Trinidad’s architecture speaks volumes in a quiet city with few people in the main areas. To compare to an urban place, the atmosphere is more of a countryside way of living along with timeless minded natives. Why does Trinidad keep all of its older beliefs, tendencies and buildings? 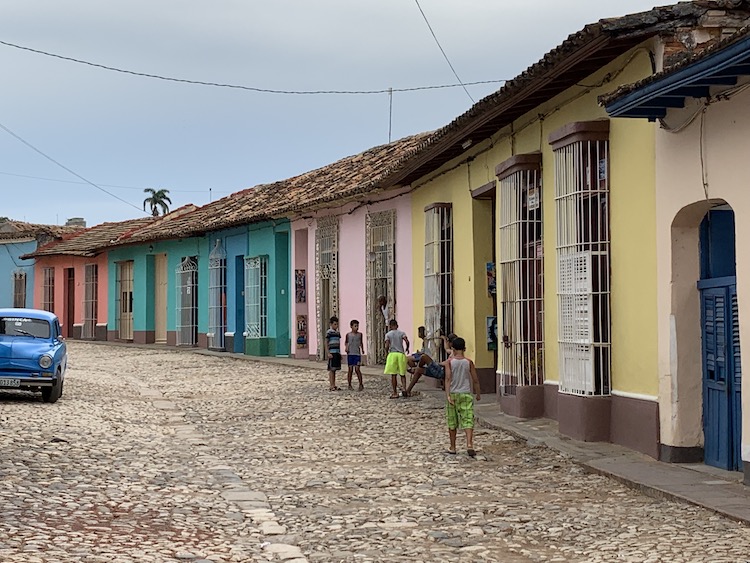 The influence of the 18th and 19th century still resonates in all parts. With architecture playing a big role in the city’s tourist attraction, most of the buildings, historical landmarks and roads are still the same from when it was first colonized and founded (in 1514). Though it has cars, buses and an updated system of living, it seems as if it is imperative to keep the city old. There are usually more horses than cars.

Even though many buildings are alike in the city of Trinidad, there are many that are different as well. The living establishments next to each other vary in color and most of the window patterns, material and sizes would be different; some would be made of metal or wood. In the 18th century, wooden windows were, and still are, decorative more protective than metal. This style is inspired by Haitians coming over after revolting against their owners three centuries ago. The population at the time was roughly over 28,000 with the slave count being 11,000. 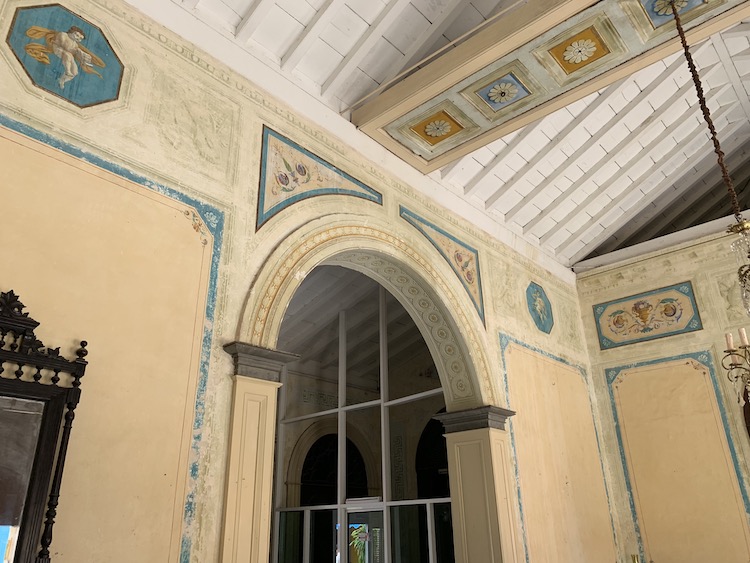 The architecture of the houses represents the level of wealth of a family. It would also connect back to European origin from Germany, Spain and France. Because of the amount of sugar being produced, the connection to the New and the Old World were almost limitless. Though the Spanish colonized Trinidad with some men and women coming from Haiti, most of its housing also resembled Islamic structures. The floors of the houses contained Italian marble which is some of the most expensive in the world. There was even Canarian Island influences in some of the smaller houses. Many of the doors were heavily Spanish influenced and are considered “fancy”. 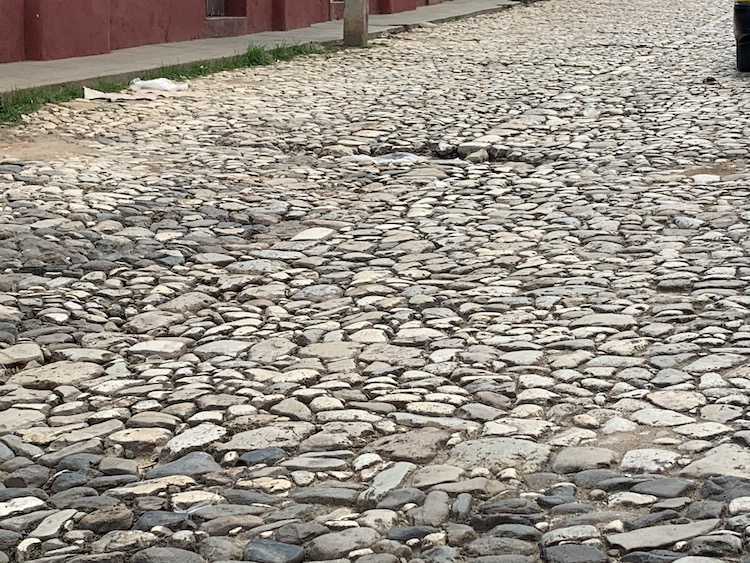 Because of the city’s many plazas, the roads were purposefully made to resemble that of a spiders web (when the Spanish invaded the natives who lived here would hide in between the alleyways to escape them). The higher level of the city roads remains cobblestone. Trinidad tries to keep its old ways and preserve as much as it can. There is no push to pave over the roads despite the amount of newer cars and bicycles in the city. The reason for this is because of the religion of the city.

Dasyel, a younger man who lives here in Trinidad states that, “the streets are unique and cool to walk on.”

What do houses in Trinidad look like? Many of the windows resemble that of a prison, while the first room behind the Spanish front door would be the biggest. Many smaller rooms would be behind this bigger living area. The roof of the houses contain layered “U” shaped bricks with the ceiling inside replicating the depth of the roof. Houses would have rib-like wooden planks across the ceiling. All of these houses were ideas of the 18th century. All of them are still the same besides few turning into museums and modern day restaurants.

Even religion plays a major role in the architecture. A house at Amargura St. is a big influence from believing. Many priests would visit a house there because of its traditional building materials in the world.

St. Santana is one of the historical churches in Trinidad. The church’s history is very important with many people using it when it was first built. Later the church was burned in a fire and the citizens decided not to reuse it, thus the reason of it becoming a historical landmark. It remained untouched in modern day and many children would go and play baseball in it, taking away its historical value. The city put metal, vertical beams around the accessible areas of the church which made it. 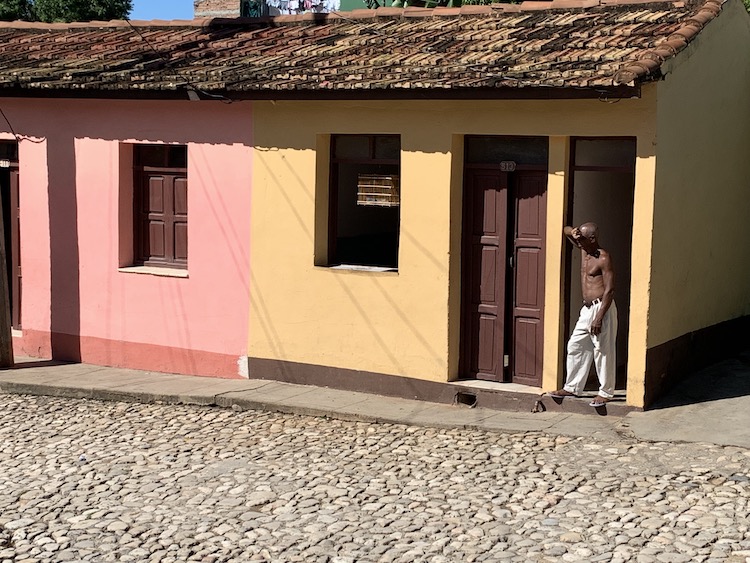 A tourist from Europe went on to say, “It seems like they need to keep this area older, but I love it!”

A native painter and sculptor of Trinidad, Robin is a man of architecture himself.

Robin also paints and has his paintings sold all around the world. There is a lot of influence from art in the city.

I spoke to another native of Trinidad and he says that, “it is a blessing to live here because of it. Thats why it has brought about a huge influence of tourism since the 20th century because of the architecture and walking on the cobblestone street. In 1988 it was decided to keep these traditions for the tourism. It makes us feel special because of the people coming to visit us for our history. It is very known to protect even the dirtiness of the street. There was a compromise to protect the city and it is loved by the natives here.”

Trinidad’s people, their buildings, customs, and lifestyle is so different from the rest of the world. The experience is humbling and makes time to be one of the lesser important entities in life!