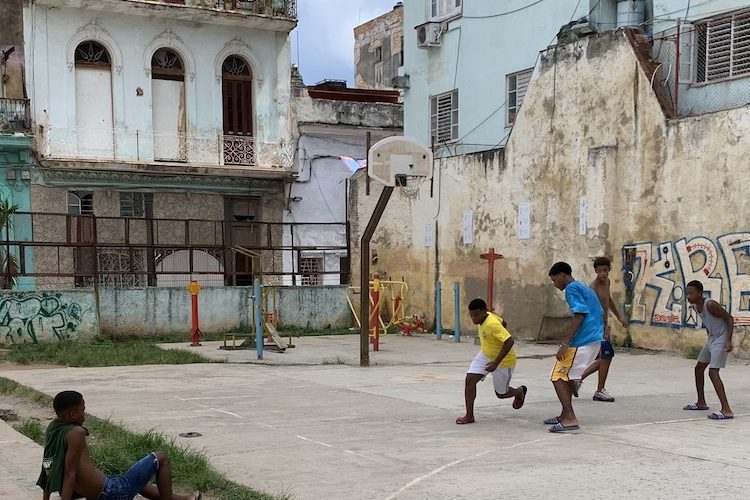 A Regular Day of an American Traveler in Havana, Cuba

Cuba’s national history is most different from any other country in the world. With most of the nation still stuck in the 1950’s it would be considered internationally as “behind”. From an American travelers perspective it is different. As someone traveling outside of the United States by myself for the first time, one would not know what to expect when getting off the plane. How does an American traveler spend his week in Havana?

It is shocking to see what was thought as false information taught in the American school system to be true. When going outside early in the morning, the city is full of life. Everyone was walking in the road, the sidewalks, and crossing the streets with no fear of cars. It is surprising to see the street structuring and the European influence in the housing establishments. It would be considered a “less is more” way of living because the natives make the most out of what they can—to some it is all they know. 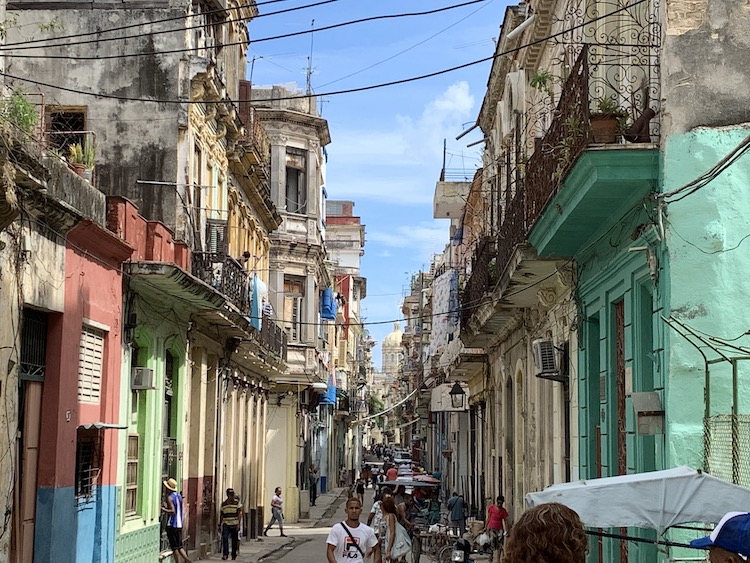 The city of Havana | Donovan Staples

There are many ways to be entertained in Cuba. There are theaters that show plays, a lot of stores to shop at for clothes, restaurants to eat and talk over lunch, and playgrounds for children.

On the way back to my stay, I was stopped by a native. He greeted me in Spanish. For someone who has half of a Dominican background, I understood him pretty well. “I have a grandfather in Memphis, Tennessee and I plan to see him soon,” he said.

Not only as an American but as a human, many people don’t accept what they don’t know. Having an experience on your own interprets your view separately than hearing it from the source. Cubans want America, but most of America does not want Cuba because they don’t know it well. Xenophobia seems to be something created by racism more than fear. 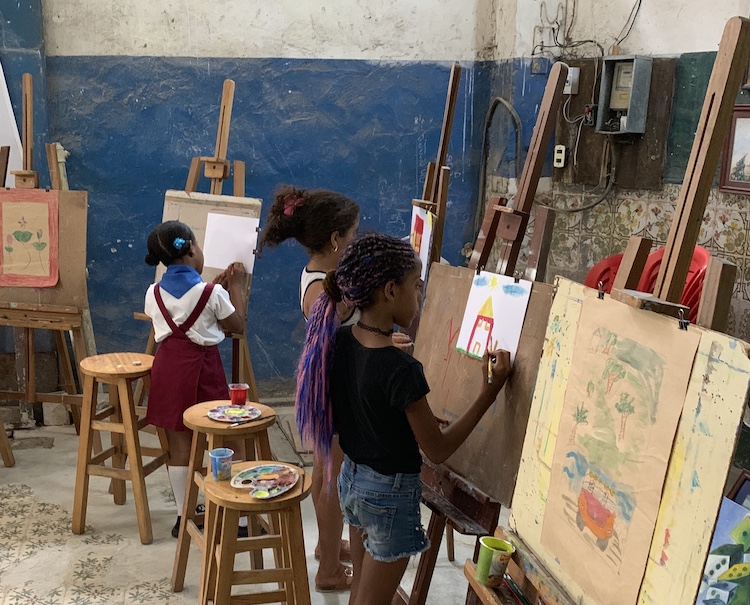 Terarte, which means “therapy and art,” is where kids around age seven to nine paint during the summer and bring their imaginations to life. Their parents were there as well watching their children create masterpieces.

“Terarte is good for the children. The owner changed this side of Havana and helped the kids imagine,” said Gianny Berrio Noreiga.

Terarte has been running for 25 years. It was a project set up and funded by the government. The children that are currently there have been there for nine months. Gianny continues about his own life and how he lives in Havana.

“I am a sailor. I travel to Asia. I have been to Vietnam and you can see how the Vietnam War impacted them as soon as you arrive to the bay. Cargo to Cuba comes from France, Vietnam, and Brazil. All of these countries try to help us.” 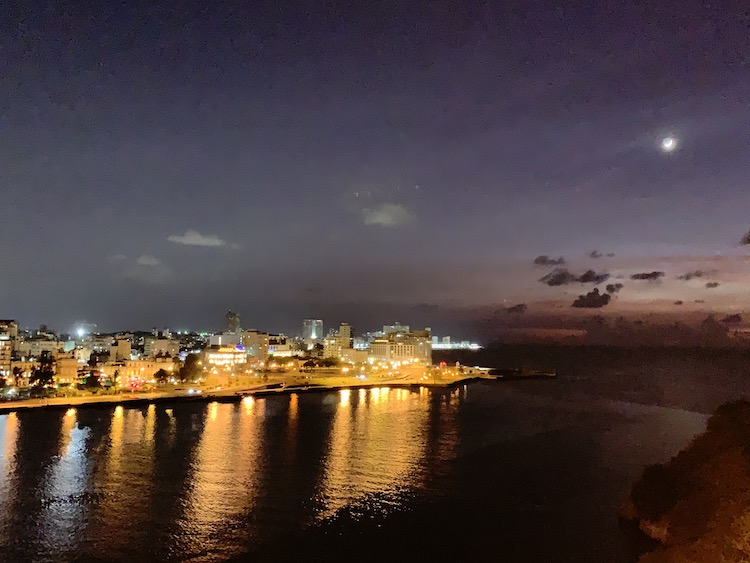 Cubans genuinely want help from countries, but most countries don’t want to help Cuba because of the United Nations and being penalized for trading directly with the country. Government to government isn’t something that is allowed when trading to Cuba, but more of a trade for experts.

After leaving Terarte, a few teenagers were playing basketball and enjoying themselves just like any normal teenager interested in sports and having fun with their friends.

Many normal activities in Havana were different than those in America. Many men were waiting to offer bicycle taxi. The men would have two chairs attached to the back of it and an umbrella to accommodate the passengers. Some men were stationed on the side of the street selling mangos for the convenience of the city people who don’t have time to cook. Though dogs are a prevalent pet in Cuba, a lot of them roam the streets and many of the Cubans are happy to see the dogs. They will play with them momentarily before continuing the rest of their day. 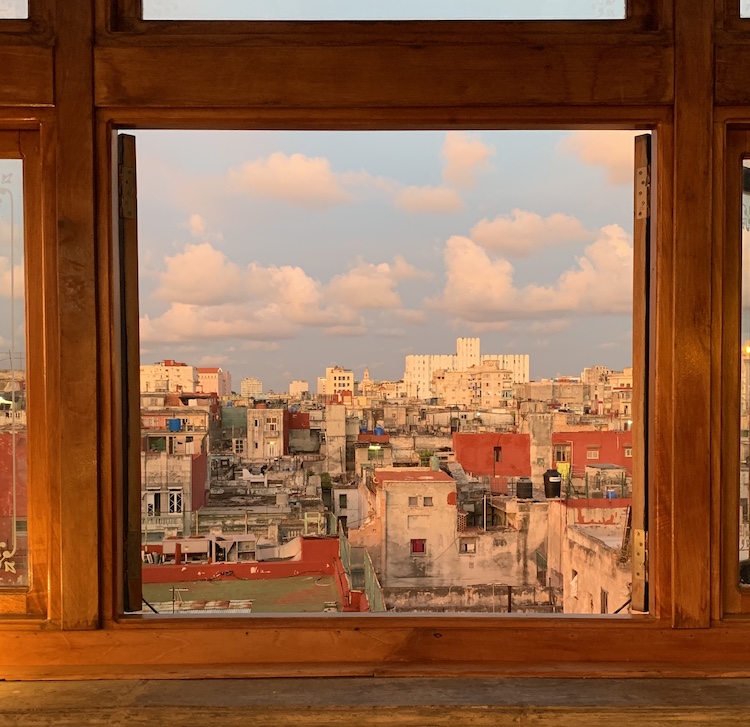 During the evening “La Guarida”, an expensive restaurant, is a great attraction,  but a reservation has to be set up before dining in. Going up an extra floor will bring to a great view of Havana and its coast along with many drinks. Talking over drinks and a beautiful can seem relaxing after going all over town and exploring the great attractions this city has to offer.

Viewing Havana while riding in a 1950s Buick Convertible to Old Havana is a great experience. Many churches and tourist attractions are located in Old Havana. The natives do not go against each others religion like Americans. Everyone is only worried about bettering themselves along with their country.

In Barcua the “Plaza de Armas” would practice for war. The army was important to conquer land to the English army. The first Spanish priests to come to Cuba would try to evangelize every single person they found here in the same location.

In Central Santa Lucia, enslaved Africans would grant three wishes from a Ceiba tree. This most resembled the Baobab tree in Africa where they would use these practices. Since there were no Baobab trees in Cuba, the Ceiba was the closest in size to it. This became a tradition for the Cuban anniversary. When the tree dies, they would plant a new one. 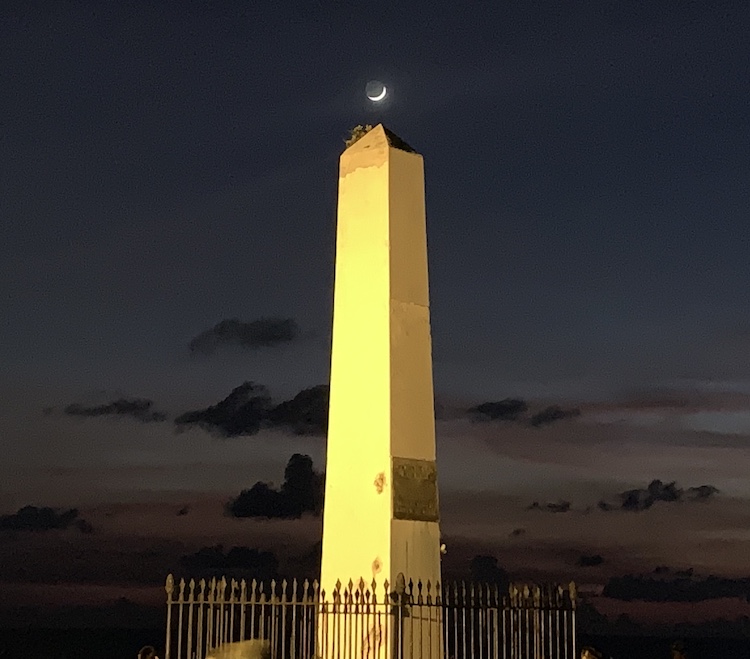 Fortaleza De San Carlos De La Cabana is a great attraction across the bay of Old Havana. Every night at 9 p.m. there is a cannon shooting which  is extremely loud when nearby! Most of the natives and tourists go and watch the men dressed in English white coats shoot the cannon into the bay. The view is amazing from this fort and you can see the beautiful city at night.

Cuba has much to offer and is one of the most unique islands. There are many things to see and different ways of living compared to America’s ways of living.