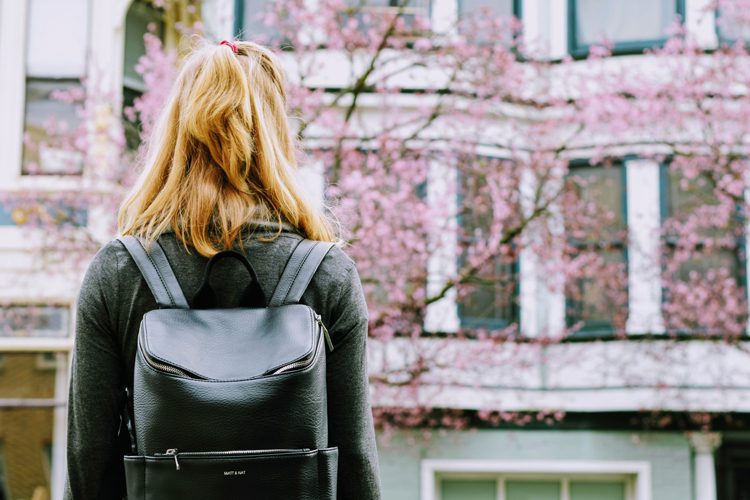 What I Wish I Knew Before I Went Off to College

Going off to college is a big deal. It can be an extremely difficult decision not only figuring out if you want to go, but also where you want to go and what you want to study. Finances and commuting are also important factors that come into play. Talk of going to college can start at a young age, and as exciting as it can be, few people are made aware of the potential challenges of it all. Here are the top five things I wish I was told before I went to college:

1. The thought of dropping out might cross your mind more than once.

Simply put: college is hard. Growing up, it’s easy to imagine the college lifestyle as one consisting of partying, hanging out with friends, and going to football games. I know I had those beliefs as well. While all of those things may be true, the biggest part of college is the academic part. I wasn’t warned of the sleepless nights spent studying for an exam or writing a five-page essay. The sometimes overwhelming amount of work and pure exhaustion has, at times, left me questioning if I made the right decision in going to college. You might feel the same, and I’ve learned those thoughts are more common than you’d think. Now, that doesn’t mean you necessarily want to drop out, but when you’re feeling so crammed with responsibilities it’s not rare for that thought to come into your mind.

Another expectation I had when going off to college is that there was going to be an endless variety of amazing food. The reality is that isn’t always the case. Sure, there’s going to be food, but is it going to be the best you’ve ever had? Probably not. I know I had ideas in my head of what the dining halls were going to look like and how good the food would be, but upon arriving I felt like I had misled myself. I also wish I was made aware of the other meal plan options. For example, you might find that the dining halls are far too crowded and maybe you don’t have time to wait in line for half an hour in between classes. Since my freshman year, I’ve learned that I actually prefer not being on a meal plan and instead cooking my own food. That’s not how I ever expected it to be, but along the way you learn what works best for you.

3. There will be people who won’t have to study as hard as you do.

If you didn’t already experience this in High School, chances are you will in college. As unfair as it seems, the reality is some people don’t have to study as hard as others. You may be one of those lucky people. I know that I am not, and school has never come naturally easy to me. It has always been more than just showing up to class, I realized years ago that I’m the sort of person who has to study really hard. This became even more true upon going to college. At first I felt like this was unfair, and I even felt jealous of those “naturally” smart kids. However, It’s important to realize just because some of your classmates or friends don’t have to study as hard, doesn’t mean the same is true for you. Everyone learns on their own pace and has their own talents. Sure, you may feel that same jealousy that I did, but that shouldn’t discourage you from putting in whatever effort you need to achieve the same result.

Making friends at college may seem like it will be super easy, but I wish I was told that it doesn’t always happen overnight. Being active in certain groups and organizations can make it easier for you to connect with others your age, but not everyone necessarily has the time or desire to do that. In that case, it may seem even harder. I wish I was told that the process of finding and maintaining good friendships can be discouraging and lonely. It took me a while to find people I could really connect with, but it did eventually happen. Sometimes you just have to be patient and don’t be afraid of being the first person to reach out to someone.

5. You don’t have to go into college knowing exactly what you want to do with the rest of your life.

This is perhaps the most important point of them all. I used to think you had to have your whole life figured out before you even went off to college. I didn’t even know what I wanted to do at first, and have changed my major a couple of times over the years. I once thought I was the only person to feel that confusion, but having actually gone off to college I’ve realized there are so many people in the same boat. In fact, there are many people who end up in a career that’s completely unrelated to what their major was. This is all a normal process of growing up and finding your way.

As stressful as college can be, it shouldn’t discourage you from the benefits of it all. Along the way you learn that many of the challenges you face are normal and can be overcome. In fact, learning these lessons and going through it yourself is part of the whole college experience, so take what you can from it and most importantly, enjoy it.