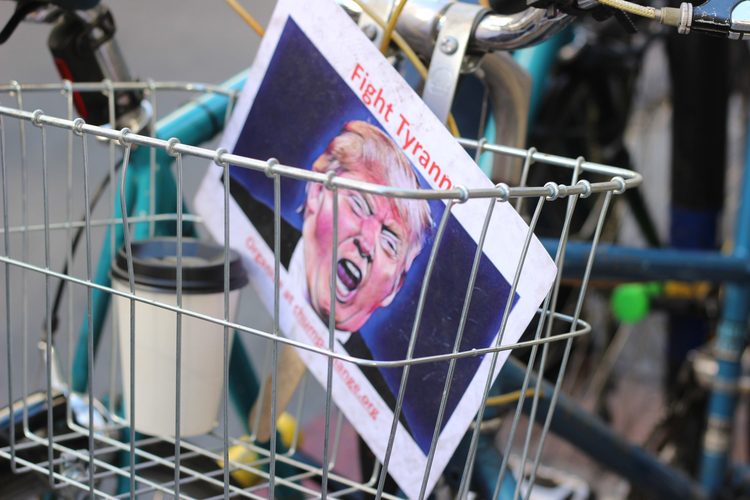 Political Satire in the Trump era: A Failed Tactic

Political satire plays a significant part in the comedy world, with entertainers using humor to point out the flaws of goverments. In the United States, comedians are well known for poking fun at controversial politicians.

This type of entertainment gained momentum after the 2016 presidential election when surprisingly Donald Trump defeated Hillary Clinton and claimed the most powerful political position of the world. The event disrupted the entertainment industry and marked the beginning of a long era, tightly focused on a single character: the president.

Currently, there is no American comedian who doesn’t talk about Trump. Most comedians have chosen to use their platform to protest against his strict and retroactive views; such as Ilana Glazer and Abbi Jacobson, creators of the series Broad City.

Although it’s a powerful movement, the constant reminder of our dire reality is exhausting. Comedy should allow people to escape and forget the problems that the current government is causing. It’s time for entertainers to find a new approach.

The media war against Trump clearly hasn’t been working, as his supporters don’t falter. On the contrary, his approval rating seems to be growing, even if only slightly. The efforts of comedians to criticize the government are showing no results, and the source of this problem is the concept of centrism. Most Americans have been taught to consider both sides of the political spectrum, even if the roots of one of them are centered in regressive ideologies. This has allowed for people like Donald Trump to assume positions of power and cause great harm to the concept of unity the country has been trying to form for years. As a matter of fact, many of the entertainers protesting the current government are responsible for allowing it to form in the first place.

Saturday Night Live (SNL) is well known for their use of political satire. On the show, cast members or even guests impersonate a political figure and joke about a recent controversial topic. Alec Baldwin, who recently left the show, was the cast member responsible of embodying the president. After the election, almost every cold open was dedicated to this character. The continuous skits quickly became repetitive and exhausting, especially when the stories that were being mocked were enough reasons for the president to no longer be in power.

It’s also important to point out that the show was responsible for offering Trump a platform during the presidential campaign. On November 2015, the president even hosted the SNL show, an act that ultimately normalized him and allowed him to reach a larger audience. To summarize, the efforts of the showrunners to criticize or protest in some way this administration are leading nowhere because they allowed his ideology to spread and strengthen.

SNL isn’t the only one responsible for the current political situation, late-night talk show hosts, stand-up comedians, and other types of entertainers also play a huge role on persistently exposing the image of the president on their work.

For example, Jimmy Fallon, the host of the late-night talk show The Tonight Show, made the same mistake of SNL by allowing the president to come on the show. He’s now trying to fix this by opening almost single every show with a joke about Trump.

Wanda Sykes, a well-known American comedian, recently debuted her stand-up comedy special called Not Normal on Netflix. Although extremely funny, the entertainer spent half of the show talking about the president. She fell into the same tendency as other comedians of making fun of the president but not making a real change.

It’s time to stop repeatedly exposing the image of Trump on every possible media outlet and start making his government accountable for the terrible stuff it has done over this past few years, especially the harrowing situation in the border.

Political satire has lost its power, it no longer helps dispute against restrictive governments, it helps them grow. It is our collective responsibility, not only of the entertainers, to leave the centrist thinking aside and reject the views that clearly are stalling the progress of society.