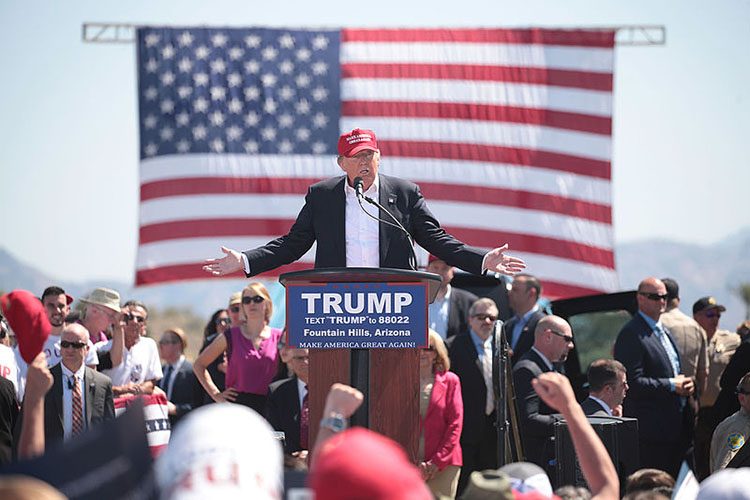 In his 2007 book, The Black Swan, Nassim Nicholas Taleb postulated that events which occur outside the paradigms of normal activity, can be termed Black Swan Events. Outliers in character, these events tend to shock and humiliate traditional punditry, there being no similar historical record of these events ever happening just as black swans were thought never to have existed. Whilst this terminology began in a financial context, Taleb extended the concept to include a variety of historical, scientific and religious events, including but not limited to the creation of the Internet, the 9/11 attacks and now also Brexit & Trump.

Ostensibly, these criteria can be applied with ease to the Brexit and Trump events. Not only are we living in a neo-liberal society with vast levels of inequality between rich and poor, maturing globalisation has nurtured the fertilisation of potential Black Swan characteristics across the globe. Let us tackle why Globalization can be thought of as a prime instrumental contributor to the Trump and the Brexit shock outcomes. It’s responsible for immense wealth creation for the few.

Traditional blue-collar labour markets have been decimated in the west, immigration abounds, and a disconnected impoverished, disenfranchised population is ripe, ready to create a Black Swan Event without even realizing it, or even knowing what one is, and with no comprehension of the dangerous consequences that often follow.

Geographically and culturally continents apart from each other, but similar in many fundamental elements, the Brexit decision and election of Donald Trump as President of the United States of America are both major examples of Black Swan events formed from societies with similar underlying problems. Politicians, especially in the UK, have been complaining about the disconnection between the general population and their elected representatives for some time now. For instance, 25% or 28% turnouts for both Mayoral elections and European MEP elections have for some been recognized as warning signs among politicians and commentators. Surely, there must have been some concern among politicians of the potential for some kind of radical, disruptive political change to occur. Indeed, in Britain this fomenting political disconnect has long been felt in particular by the less well-off, the majority of the wider UK population, those who were wrong-footed and felt cheated by the sleight of hand, tactics of Messrs. Osborne & Cameron – snake-oil salesmen to the masses.

The optimistic trickledown economics of consecutive Conservative governments has created a disparity between perceived and physical reality, promised versus never-delivered prosperity for the Brexit masses. Jam tomorrow. It’s estimated that in 2010-2013 19.3 million people – 33% of the British population were at some point below the poverty line. That estimate doesn’t even address issues of fuel poverty, food poverty, or child poverty. It’s now to be reappraised with hindsight the people’s heft of dissatisfaction in an alien, irrational political process, one that has led to an ulcerated, underlying sense of social, economic and political neglect and one that has transferred easily into an attractive extreme right-wing polemic. For instance, similarly in the US, the breakthrough voting demographic for Trump came from women over 30 without a degree. This is particularly odd considering the much debated misogynistic tendencies of Trump and his other controversial opinions.

From a sociological perspective, perhaps Trump represented an alternative that addressed these women’s fears and offered perhaps, a solution to predicaments and future career outlooks. Ostensibly, future outlooks that Hilary Clinton would place in jeopardy. Disillusion, social despair, a fundamental disconnect between the man in the street and an upper class cadre of politicians has certainly contributed to the shocking, yet entirely rational events of Brexit & Trump´s ascendancy. However, this is again an example of this Black Swan Theory, rationalizing in hindsight an event with no historical precedent. Perhaps if we were to analyze the perspectives of the overwhelmingly white and male population whom voted for Trump we would discover that such a Black Swan event as Trump´s election should not be as surprising as we thought. Certainly, an anti-establishment anger which has boiled over into a polemic hatred of the upper classes. Therefore, the image that Trump and Farage presented was of the self-made man whom could serve as an exemplar for this disenfranchised demographic to emulate. A welcome rhetoric in a time of rising social and economic disparity between the 1% of the progressive cultural elite whom Clinton seemed to represent and the 99% of working class & Middle-Americans.

In essence, Black Swan events operate outside the frame or modelling of accepted outcomes. The followers of the popular vote in the US and indeed some would argue the popular vote in the United Kingdom have attempted a retrospective rationalization of these events. However, a Black Swan event, despite its definition is not fundamentally an anomaly; these events have occurred for hundreds and thousands of years and will continue to do so ad infinitum, perhaps it is time to understand the reality of our society rather than the perceived wishful reality reported by election polls and social media polemics.