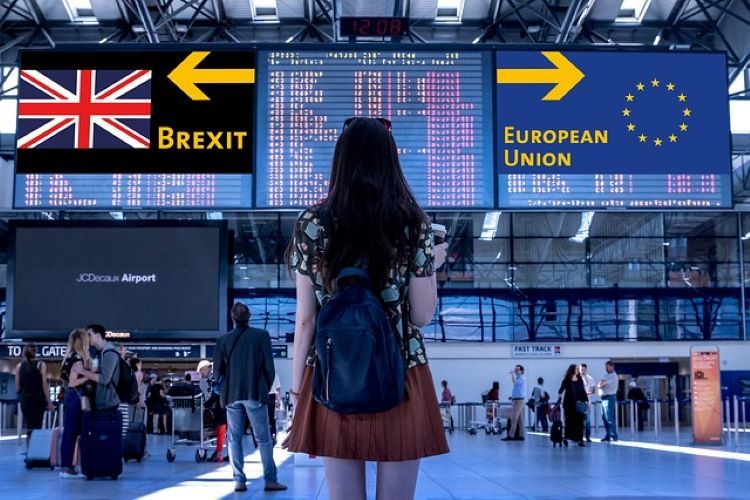 Which destination for students after Brexit? | Stefan Schweihofer

Brexit makes the forefront of the news headlines since Prime Minister David Cameron announced the referendum as a campaign promise in 2015. After that, the “Leave” camp won the referendum in 2016, and the ongoing process of the Brexit defies all rationality in its media coverage. More precisely, the political debate on the west side of the Channel is really troubled. The campaign arguments soon became impossible to implement. The budget estimates from the EU contribution to be transferred to the National Health Service turned out to be fake. The leading pro-Brexit party, UKIP, and its leader Nigel Farage, imploded. Then, Cameron resigned as planned, but the weak leadership of Theresa May is exposed every week. Brexit is a huge source of stress for the people in the education sector.

Which deal to study?

The deal to reach the completion of the process of exiting the EU on March 29th is stuck. With less than two weeks to leave the EU, the British MPs still disagree on how to leave. Even MPs of May’s party shot down the deal proposed in January. There are three options on the table. The first is a soft Brexit. The second is a hard Brexit. The third is a “No Deal” Brexit. The joker option is to delay the withdrawing from the EU.

All this insecurity stresses many foreign-born citizens, migrant workers, and students. Indeed, a big issue about the Brexit is the rights of the non-British citizens who reside in UK. Let’s focus on the students and how Brexit is changing the face of higher education in the UK and in the rest of the EU. Erasmus and full-time students combined, there are around 14,000 students from the EU27 in UK. Additionally, 7,000 students from the UK are studying in one of the EU27 countries.

The Brexit deals currently proposed do not show clarity on how the British universities would deal with the European students in the long term – and vice-versa for the British students in the EU. For the short term, the Erasmus program will continue until 2020, with the UK still contributing to the budget. The students who are already enrolled in a multiple-year program will be able to continue it without restriction.

The tuition fees will remain the same as for British nationals. But if you graduate from your bachelor’s program in 2021 and want to study for your master’s, the foreign rate could apply. It would not be the case if the soft Brexit deal keeps the UK in the Single Market or as an EEA country. Reciprocity is the key here. The same conditions apply on the both sides of the deal, the UK and the EU. The overall sector of higher education hopes that a soft Brexit would lower to the maximum the damages of Brexit. But the decrease in economic growth for the whole country will account for most of the indirect impact.

The Erasmus program at the Horizon 2020 will not be more impacted than in the soft Brexit case. However, the residency conditions could create complications. The most impacted in the Erasmus framework will be the exchange people from an EU27 university holding non-EU citizenship. The full-time students and staff will encounter residency problems and cuts in their grants. The education system will be deeply impacted by a hard Brexit as it is predicted to be a complete divorce from the Single Market. The negative impact of Brexit on the economy will be higher in the short term, and the attractivity of UK will decrease even more.

The UK and the EU seriously prepared a “No Deal” possibility for the Erasmus program. They both agree that higher education is a key. Not even any of the Eurosceptic movements in Europe can deny the positive effects of the Erasmus+ program. Therefore, a binding resolution grants the continuation of Erasmus with the UK if there is no Brexit deal on March 30th. The resolution grants full access to the Erasmus program with financial contribution to the program. But the UK will not have a say on the decisions taken by the EU regarding the changes in the Erasmus policy.

The Erasmus budget will enjoy an increase, but it does not mean nation-states pay more. The Erasmus budget will take a bigger share of the budget of the European Union. But the overall EU budget will decrease with the loss of a big net contributor with Brexit. The full-time students and staff would however fall in the category of foreigners. That would make a lot of complications for some universities on both sides. The quality of British institutions depends on its openness to foreigners. And Europe appreciates British professors for their skills. As always with Brexit, the impact on education will be more indirect due to the possible economic drawback for the UK.

The British MPs voted again on March 12th and 13th. They rejected a redrawing of the deal. Theresa May suffered her second failure in a row in a vote on one of her proposals. But the MPs, incapable of proposing or accepting a deal, also rejected the option of a No Deal. They want to leave but cannot agree on how. Theresa May negotiated in parallel with the EU an opportunity to delay the Brexit date. The EU and its most prominent figures – Tusk, Juncker, the MEP Verhofstadt, and the Brexit negotiator Barnier – accepted a delay of three months, maximum. British MPs still need to vote on this. Otherwise, the EU will have free hands to decide on how Brexit should happen, if it ever happens. Erasmus and study exchanges are not at the forefront of the negotiations.

How do students feel?

British students feel a high level of stress, no matter where they are studying. The biggest concerns are for the long-term perspectives. 70% of 18-24-year-olds voted to “Remain” and feel betrayed by the older generations. One might argue that they should have shown a higher turnout because only 64% of this age category went to the polls. For their current study plans, the biggest concerns on social media and from small interviews concern the financial insecurity.

Some British student signed up as full-time students in the EU because of lower tuition fees. For example, in public universities around the EU, it starts at €400 per year in Luxembourg, €835 in Belgium, €2,060 in the Netherlands, free in Denmark, etc. The tuition fees in the UK for home students cost a maximum of £9,250. It means that British students cannot afford studying in their home country. The current bachelor’s students will have to abandon their dreams of becoming masters. It also accounts for their studies in the EU because their tuition fees will rise to the “foreigner” level.

The increased administrative burden will put the students and staff concerned by the Brexit under increased levels of stress. Universities and ministries of education all over Europe try to pass appropriate information to their students and staff. However, it does not solve the immigration and residency issues.

The transfer of academic recognition is at risk

Students do not feel threatened by a possible devalorization of their diploma in the upcoming years. But some diploma will lose their recognition in the EU. It is already the case for undergraduate master’s programs done in the UK that are no longer recognized by Luxembourg. Students who went to the UK to study with the dream of establishing their career there see their plans modified. The issue arises when their diploma scope is limited to the UK. Similarly, the European Credit Transfer Scale (ECTS) will no longer apply in the UK. The translation of diplomas from the UK to the EU, and vice-versa, are at risk for the workload and for the recognition. Getting out of the Bologna framework means a step back from harmonization with the current framework of B.A. + M.A.+ PhD or BSc+ MSc.

The student who are nearing the completion of internationally-recognized studies feel the least stressed. Indeed, a transition period will happen until June 2021, lowering the impact of Brexit in the short term. Most of the academic world rejected Brexit, in their opinion and in their votes. But they are not the first and hardest hit by Brexit.