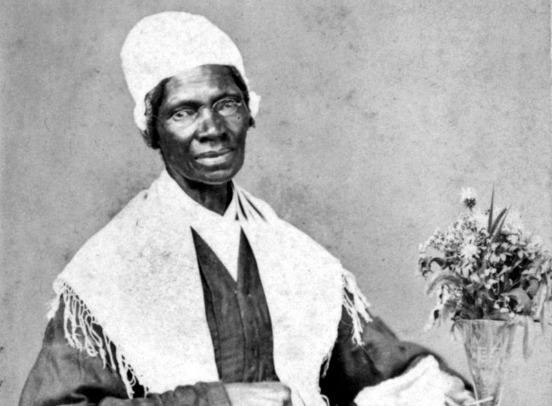 The True Icons of Feminism

I recently discussed the need for diverse historical narratives, and highlighted significant figures of February’s Black History Month and LGBTQ History Month. March is, instead, women’s history month; we remember the countless brave women who made a difference in our world without gaining enough recognition. March 8th last week was International Women’s Day. This yearly celebration reminds us of the need for gender equality, but has also acted as a marker for historical change. In fact, it was “originally instituted not as a day to celebrate, but as a day for militancy and action”, according to Miriam Martin of In Defence of Marxism. In 1911 socialist Clara Zetkin organised the first “International Working Women’s Day” to mobilise female workers. Its purpose was served in 1917 Petrograd – modern-day St. Petersburg – when women marched against bread rationing. On International Women’s Day 900,000 workers of both sexes went on strike, demanding the fall of tsarism. Yes – it was women who sparked the Russian Revolution.

Today we face struggles with intersectional feminism; the needs of more privileged groups of women are often prioritised, and the movement’s own roots in a fight against classism are ignored. In fact, much of International Women’s Day was spent amidst online quarrels regarding Kim Kardashian’s Instagram naked selfie. Surely there are more important issues to focus on. One celebrity’s Instagram post should not divide us, especially not on a day celebrating all of womanhood. A better use of Women’s History Month this year would be to remember our predecessors and honour the challenges they faced for us.

One of the earliest feminist icons is Sojourner Truth (c.1719 – 1883). A slave, Truth was plagued by abuse and hardship until the 1827 abolition act in New York state. She spent the rest of her life fighting for emancipation and women’s rights. Truth joined pacifist communities, meeting leading abolitionists like Frederick Douglass. She toured the country to fight not only for emancipation but also for female rights, universal suffrage, and prison reform. Truth’s activism continued throughout the Civil War; she even met with President Lincoln to discuss her experiences on several occasions. To her, the issues of slavery and women’s rights were inextricably linked – sadly, her fear of abolitionism faltering before gender equality was achieved proved right. Women were only granted the vote in 1920, decades after her death. Regardless, Truth’s legacy remained to inspire future leaders; she was truly a forebear of all equality movements. The power and passion so obvious in her speeches left an undeniable mark on history. 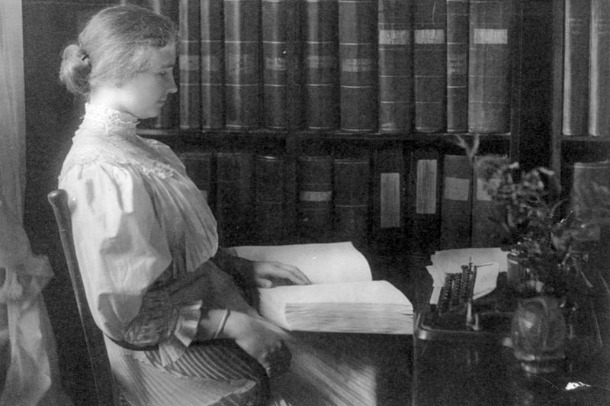 Another important figure of American feminism was humanitarian Helen Keller (1880 – 1968). Keller fell ill at the young age of two and became blind, deaf, and mute. She overcame incredible odds with the help of teacher Anne Sullivan, successfully graduating from college in 1904. Every primary school child in America is told of her determination to become educated. What is not widely taught is her subsequent career as a social activist. She became a renowned champion for the disabled, but also spoke about issues like women’s suffrage and birth control. Keller even joined the Socialist Party, writing several essays on international politics. The media, until then overwhelmingly supportive, began criticising her with ableist rhetoric and ridiculed her disabilities. Everyone was interested in how she had become able to communicate – but they were quick to shut down what she really had to say. This did not stop Keller from traveling throughout 35 countries, inspiring millions to overcome adversity, and receiving numerous honours for her achievements.

“The only thing worse than being blind is having sight but no vision.” – Helen Keller

Betty Friedan (1921 – 2006) was the activist & writer credited with spurring the second wave of American feminism in the 20th century. She was a brilliant reporter but lost her job due to pregnancy. Friedan grew restless with her role as a stay-at-home mother, and so conducted a survey of others’ experiences. This research inspired her book “The Feminist Mystique”, sparking a social revolution in the form of second-wave feminism. Beyond this, Friedan co-founded the National Organisation for Women and the National Women’s Political Caucus to encourage female participation in politics. She promoted safe abortion, creating the National Association for the Repeal of Abortion Laws. Friedman was an inspiration, denouncing gender stereotypes through writing but also inducing direct change. This change still takes place as the organisations she established continue her work.

Maya Angelou (1928 – 2014) was a phenomenal women of many talents; her legacy is almost impossible to define. Her childhood was marked by difficult experiences: her parents’ split, racial discrimination, sexual assault by her mother’s boyfriend, and the murder of said boyfriend by her uncles as revenge. Traumatised, Angelou spent the following years mute. However, she later obtained a scholarship to school in San Francisco – where she became the first female cable car conductor. Giving birth to a son at 16, she worked tirelessly to support her child. In the 1950’s her performing career flourished: Angelou starred in off-broadway shows, and even promoted civil rights through her art. Angelou then worked in Egypt and Ghana as a freelance writer. Upon her return to the States she was encouraged by a friend to write a memoir. The result – “I Know Why the Caged Bird Sings” – made literary history and gave her international renown. Angelou continued working, becoming the first African-American woman to have her play produced and publishing inspiring poetry and essay collections. All her works are characterised by relentless, uncompromising honesty. Her death in May 2014 was widely mourned and her legacy celebrated. 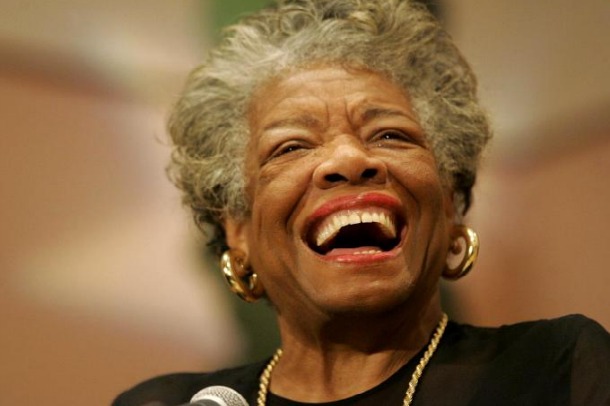 [Angelou was] a brilliant writer, a fierce friend, and a truly phenomenal woman. She had the ability to remind us that we are all God’s children; that we all have something to offer”. President Barack Obama

Moving away from American history are other true icons, including Tegla Loroupe (1973 – ). Loroupe, a Kenyan long-distance runner, was the first African woman to win the New York Marathon. She holds world records and Olympic medals, and is a dedicated humanitarian through her Tegla Loroupe Peace Foundation. Growing up with 24 siblings, she cared for her family but also dreamt of becoming a runner. This aspiration received little support; her father even banned her from the activity, claiming it was unladylike. As Loroupe stated, “at this point, I was so fed up with men, I thought of becoming a nun”. Luckily, she continued running and credits her strong mind for not listening to him. In 2003 she established her foundation to promote peace between rival tribes and advance opportunities for Kenyan women in sports & other fields.

Malala Yousafzai (1997 – ), advocate for human rights and access to schooling, is today’s best-known feminist icon. Throughout her youth in Pakistan, Malala led a high-profile campaign for women’s education by writing for the BBC, speaking at events, and featuring in a New York Times documentary. Her outspoken advocacy led her to receive death threats as the Taliban gained control of her home region. Although her father worried about her safety and suggested she maintain a low profile, Malala refused:

“How can we do that? You were the one who said that if we believe in something greater than our lives, then our voices will only multiply ever if we are dead. We can’t disown our campaign!” – Malala Yousafzai

However, in 2012 she was shot in the head by a gunman of the Taliban and precipitated into a critical condition. Against all odds and with specialist treatment from a hospital in Bimingham, U.K., she survived. Malala continues campaigning through public speeches as well as through her book and upcoming documentary. Her story has inspired a United Nations petition for equal access to schooling. She has encouraged millions of girls worldwide to value education, and her advocacy has put pressure on international governments to increase its availability. 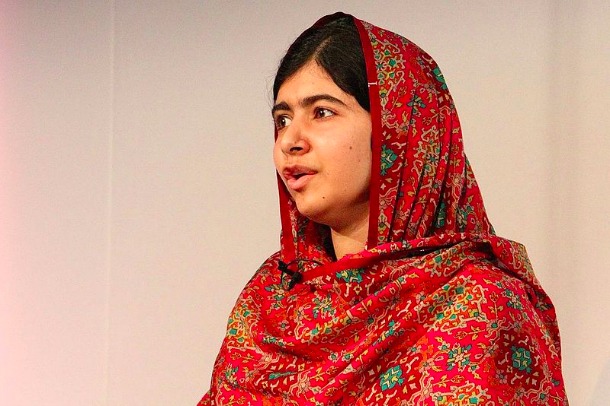 These are only some of the ladies who have spent their lives shaping a better world. Yesterday’s great women – activists, writers, scientists, and performers alike – have lit a flame that gets brighter & brighter with time. The women of today walk in their footsteps while also blazing their own trail. Unfortunately, many women’s accomplishments have gone unacknowledged due to unnecessary, unfair gender power dynamics. History is rife with men stealing away credit from women in anything from scientific advances to artistic concepts. But by being inspired by the figures of our past we can do them justice – and also do ourselves justice by not settling for less than what we deserve, both collectively and individually.