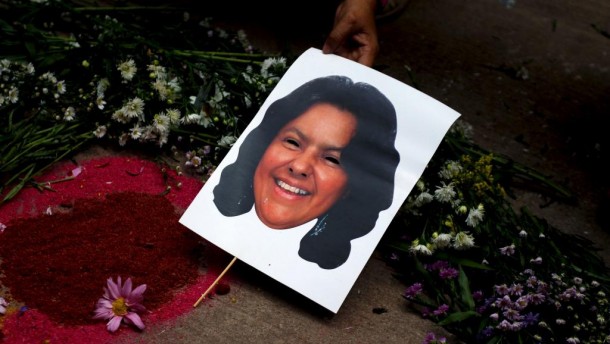 Last 2 March the ecologist militant Berta Càceres has been gunned down in her hometown of La Esperanza, Intibuca, in Honduras. She was deeply committed to protecting the Indigenous Lenca people and their land from the devastating effects of systematic corruption and wild capitalism.

Honduras is a country with growing socio-economic inequality and human rights violations. Since the 2009 coup, this trend is getting worse. According to the NGO Global Witness, Honduras is the most dangerous country in the world for environmental advocates. Over the last 16 years, more than 111 environmentalists were murdered.

In 2009, a coup d’Etat backed by US Secretary of State Hillary Clinton reversed the democratically-elected president Manuel Zelaya and forced him into exile. The deposed President supported rural peasant and indigenous movements in the fight against land dispossession, mining, and biofuels. Berta Cáceres gave her life to fight the new conservative government that is facilitating the plundering exploitation of the country’s natural resources. 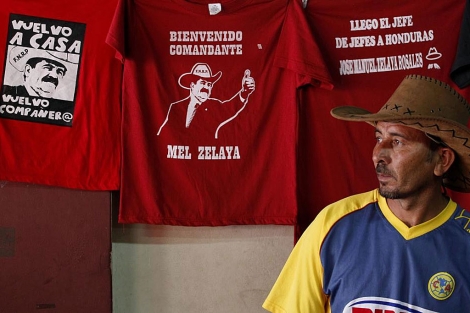 Berta was the general coordinator of the COPINH (Consejo Cívico de Organizaciones Populares e Indígenas de Honduras). Last year, she was awarded the prestigious Goldman Environmental Prize for her work opposing a major dam project: the construction of the hydroelectric plant, Aqua Zarca in the territory of the Lenca people. A project managed by the Honduran company DESA and financed by Finnish and Dutch investment funds.

Since the coup, Honduras has witnessed an explosive growth in environmentally destructive projects that pose a serious threat to the rights of indigenous communities. Almost 30 % of the country’s land was earmarked for mining concessions. The new government approved hundreds of dam projects around the country. All these projects are based on the privatization of rivers and land. 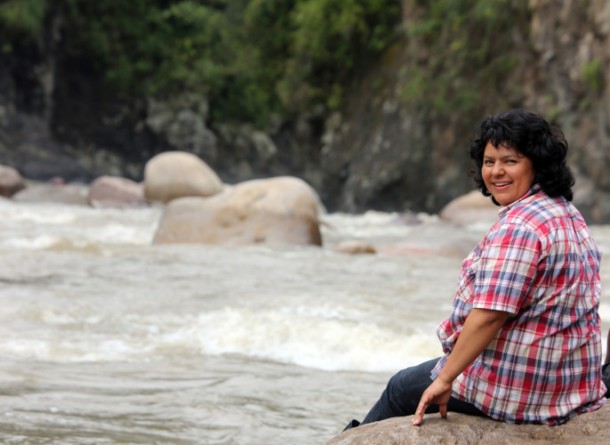 The “unity government” Clinton helped institutionalize is also posing serious threats to basic human rights. The rise of paramilitary forces goes hand in hand with the militarization of the countryside. Many LGBT activists were tortured and some of them murdered. Women’s reproductive rights are being restricted, such as with the banning of the morning-after pill.

Berta’s family and friends claim that industrial groups in collusion with the government are responsible for her murder. The activist had already reported being threatened by the army, police and paramilitary forces deployed in the project area. Her Mexican friend, sociologist and activist Gustavo Castro Soto was sleeping in another room in Berta’s house and only survived the attack because he pretended to be dead. Leader of the Mexican association of environmental protection Otros Mundos Chiapas, he is held in Honduras by the authorities for thirty days. He revealed that the crime scene had been altered by the authorities. 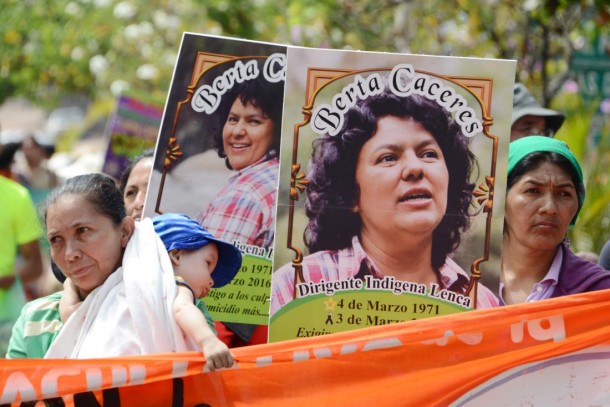 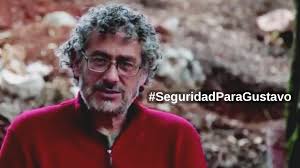 The demonstrations and protests against the killing of Berta Cáceres multiply in the world. Many human rights, farmers’ and indigenous organisations from around the world are urging the Honduran authorities to stop the criminalization of social movements, identify the perpetrators and instigators of the crime and prosecute them. This claim is supported by that European MEPs of the European-Nordic Green Left-United Left. Last Thursday the group held a public demonstration at the end of the plenary session in Strasbourg.

Oxfam has launched a petition to call on all investors and companies involved to withdraw their funding and involvement in the Agua Zarca dam project.