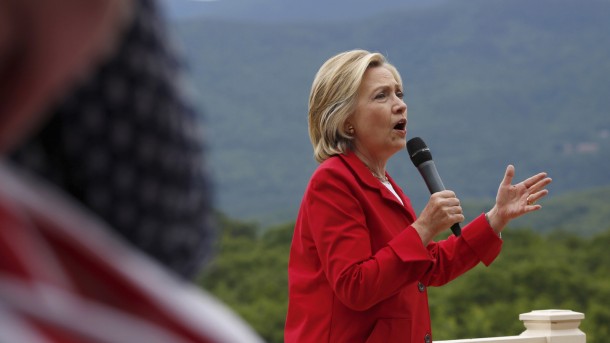 Hillary Clinton’s presidency is not inevitable, and this is a lesson that we must learn. Mrs Clinton has long been the frontrunner for the Democratic nomination for the 2016 presidential election, but the former Secretary of State is now facing a very legitimate challenge from an opponent that no-one thought would not stand a chance against the Clinton electoral machine.Vermont Senator Bernie Sanders has surged in opinion polls and has attracted crowds larger than any other presidential candidate in the 2016 election cycle.

Upon announcing his candidacy, Sanders was dismissed as a joke in the face of Hillary Clinton’s monolithic election apparatus, however, Sanders has persisted and has now etched his place in the 2016 race whilst also succeeding in push the notoriously centrist Clinton to the left on many social and economic issues, such as LGBT rights and corporate taxation.

Recent opinion polls show that the former Independent senator is gaining on Mrs Clinton in the key early primary states of Iowa and New Hampshire. In Iowa, a poll published by NBC/Marist on the 26th of July saw Clinton (49%) leading Sanders (25%) by 24%, and the gap is closing fast as Sanders has gained almost 15 points in the past month in Iowa alone. As for New Hampshire, Clinton’s lead is smaller with just a 15% advantage over Sanders. However, it should be stated that overall, Clinton still has a vast lead over Sanders in a nationwide CNN/ORC poll which sees Secretary Clinton (56%) charging ahead of Sanders (19%) by 37%.

In addition to lagging opinion polls and favourability ratings, Clinton is now grappling with the idea of a lack of authenticity that is permeating the public consciousness. Many Americans are struggling to take Clinton seriously when the candidate talks about reshuffling the socio-economic ‘deck’ which she says is stacked for those at the top, when she herself is indeed one of those people ‘at the top’.

Additionally, when it comes to LGBT rights, many left-leaning voters are having difficulty believing that Clinton’s very loud and visible pro-LGBT message is anything more than a populist stunt as, in the past, Clinton had been a staunch defender of the pre-existing definition of marriage until as recently as 2013.

These gaping weaknesses in Clinton’s political message have given Sanders the opportunity to rise up and capture many progressive voters that sit on the legitimate left of the Democratic Party. This ‘Bernie Problem’ as it is now being dubbed, is potentially far more damaging to Clinton’s presidential hopes than she or anyone her campaign chooses to admit.

At this stage, the majority of the mainstream media is still perpetuating the idea that, although Sanders is riding an early wave of popularity now, he would not be competitive in the general election and that Clinton is the only legitimate hope the Democrats have of holding on the White House. Whilst this argument is probably very true, Clinton and her campaign must begin to take seriously the threat posed by Sanders and the way in which he is influencing her message as they head towards both the Democratic primaries and the general election season.

A Hillary Clinton presidency, though still likely, is no longer inevitable, and the sooner Clinton begins to fight back against the rising tide of Bernie Sanders and the underlying issues of credibility and authenticity that it brings with it, the sooner Clinton will be able to once again hone her own political message and not bend to the will of a candidate many people viewed as too extreme for mainstream American politics.