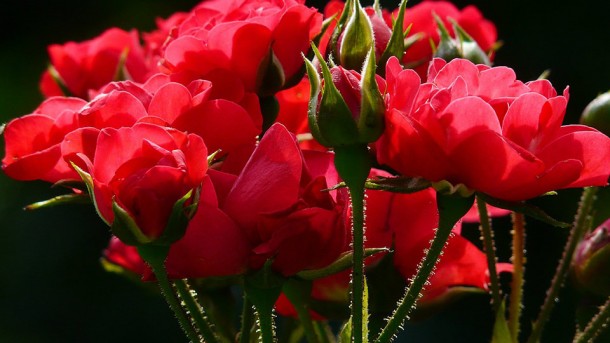 The Presidency Is Hillary To Lose

If you’re in Hillary camp, you have to be excited; a) Donald Trump continues to destroy his campaign b) Hillary is playing it safe c) Republicans with a sense of patriotism are leaving Donald Trump in droves, some even supporting Hillary publicly, others throw their support for a third party candidate d) the young electorate who initially considered Donald Trump as a possible alternative to Bernie Sanders have begun to realize he is not someone they would want to represent them as president on the world stage.

In the meantime, Hillary continues to enjoy the full support of the Democratic Party adepts. – although Bernie Sanders doesn’t seem to be fully onboard; he’s been silent about attacks made on Hillary by Trump and his supporters – In addition to having an army of surrogates making her case to the American people, Hillary enjoys the endorsement of two former presidents – Jimmy Carter, the 39th president and Bill Clinton, her husband the 42nd president – and the full support, endorsement and backing of the current president Barack Obama as well as vice president Joe Biden.  From any perspective, that’s a recipe for victory in November. In fact, Donald Trump has already admitted that much; he’s been floating the idea that if Hillary wins Pennsylvania in November, – despite the fact she is now leading Trump in the state – it’s because the election is rigged . It’s just another way for Donald Trump to admit defeat without accepting defeat. He’s already reading the writing on the walls.

And the upcoming debates may be opportunities for Hillary to secure victory in November; she is excellent on the debate stage. Contrary to her opponent who has zero knowledge in all matters politics and displays little to no understanding of how the country operates, she is a very well prepared individual in all aspects of politics. To top it all up, the latest polls according to RealClear Politics put Mrs. Clinton ahead of Trump even in the states which are considered battleground (or swing) states (Colorado, Florida, Iowa, Michigan, Nevada, New Hampshire, North Carolina, Ohio, Pennsylvania, Virginia and Wisconsin). In other words, it’s difficult to imagine that Mrs. Clinton could lose in the November elections and yet there are a few scenarios under which Mrs. Clinton may find herself struggling to win and even gasping for air right before the vote in November.

Yes, it’s not all roses for Hillary Clinton in spite of those myriad advantages she had over her opponent Donald Trump. Below are a few scenarios under which Mrs. Clinton could see victory slipping away.

The bar is set so low for Trump he needs not jump at all in order to meet the threshold; in other words, any semblance of Trump not behaving like a mad man and not making outrageous statements would be considered great by his fans and promoted as presidential by his surrogates. Of course, it doesn’t matter a bit if he does not, his fans would not abandon him even if he were to shoot someone in the middle of Fifth Ave. Fortunately for Hillary, Trump vowed NOT to change. That doesn’t mean he won’t; if we learn one thing about Trump is that his words do not mean much. So, Hillary’s camp must be prepared to deal with scenarios where a change of style by Trump may change the overall outcome of the race.

Despite the obvious reality that Trump is not fit to be commander in chief, Republican loyalists – Legislators of all people – are working overtime to prevent Hillary from becoming the next president. After FBI Director James Comey announced he would not seek to indict Mrs. Clinton over the email debacle, the Republican legislators have opened a two-front strategy to go after Hillary a) they request all the email documents used by the FBI in the investigation b) they asked FBI to look into the possibility that Hillary may have lied to Congress when she testified.

You don’t have to be a genius to figure out why. Anyone with a shred of patriotism would know that to continue to go after Hillary is to support Trump and offer help to defeat Hillary. This is not an argument of whether Hillary was right to make use of a private email server for government work; far from it. She should have known better but we all can deduct that her intent was not malicious. When Nancy Pelosi became the House Speaker in 2003, the first word out of her mouth was NOT TO GO AFTER president Bush for lying to the American people in regards to Iraq possession of Weapon of Mass Destruction (WMD). Hillary should not expect Republicans to display class anytime soon.

Although everyone expects Mrs. Clinton to trounce Trump in debates, it is also the venue where Trump may be able to sway a lot of voters his way. He doesn’t have to do much; the bar is set so low for him that any semblance of not doing bad would be promoted as doing great, as being presidential. Conversely, Mrs. Clinton’s debate expertise may be her worse enemy; contrary to Trump, the bar is set high, very high for Mrs. Clinton; any faux pas will be interpreted as flunking the debate which will be played out in the media – and by Trump’ surrogates – that he beats Hillary. Even a tie (or a semblance of a tie) with Trump might cost Mrs. Clinton and provide an opening for the Trump’s camp.

Hillary’s campaign is one of the most poorly run presidential campaigns; it’s still a mystery (to me) that Bernie didn’t knock her out of the race. It is even more pronounced when compared with Trump who started his presidency bid with no campaign structure; Corey Lewandowski was the only campaign manager calling the shot or more likely echoing his boss’ talking points. Although Trump’s campaign has been in disarray for a while, he is still within striking distance of Hillary’s lead in the polls. After the New Hampshire crushing defeat from Bernie Sanders, Hillary had the opportunity to overhaul her campaign, mainly to get rid of the campaign manager; she did not. By now, it should be obvious to anyone who has managed a political campaign before that Hillary’s campaign manager is doing a mediocre job, the latest was blatantly obvious; as of this writing, Mrs. Clinton has yet to visit Baton Rouge – she is monitoring the situation, seriously? – which has been making headlines for a week now because of the flooding which has already cost the lives of seven people as of this writing.

Mrs. Clinton’s path to the Oval Office is still clear in spite of the campaign manager’s mediocrity and despite her many flaws; she might become the next president simply because it’s meant to be.