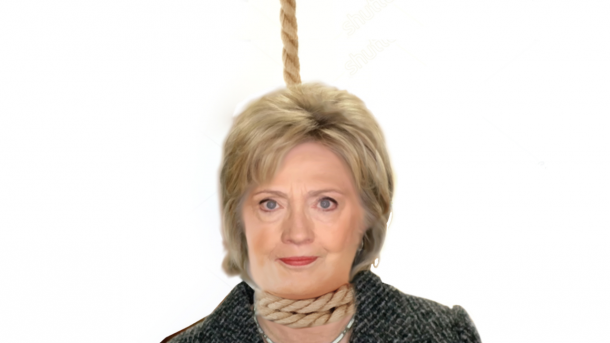 Benghazi, Emailgate And The Lynching of Hillary Clinton

After exhausting all resources and spending countless hours and millions of dollars of taxpayers’ money on endless investigations into the Benghazi tragedy, – there were seven such probes, all of which led by Republican Representatives in Washington and cleared Mrs. Clinton of any wrongdoing – the GOP leaders had their last hope – to derail Hillary’s aspiration to become president – on an ongoing FBI investigation (completed on July 5, 2016) to put an end to Hillary’s political career.

Republican leaders from across the spectrum of government, surrogates and anyone who vies for a position in a Trump’s administration wasted no time to express their disappointment of the outcome the FBI Director James Comey stated at a press conference on Tuesday, July 5, 2016; the bureau will recommend NO charge against Hillary. The press conference did not yet end when Republicans from all walks of life were already lashing out at the Director, and even questioning his judgement.

“The system is rigged” said the GOP nominee, Donald Trump. Surprisingly he didn’t dwell much on it but he took the opportunity to “theorize” that the FBI Director must be “in bed with” the Attorney General and the White House.

Republican House Speaker Paul Ryan said on Fox Opinion – known and referred to by most as Fox News – that Hillary is not qualified to be commander-in-chief for her mishandling of emails while Secretary of State. He came very close to suggest that the FBI director exercised bad judgement; Ryan stated that “while I respect the law enforcement professionals at the FBI, this announcement defies explanation…

Rudy Giuliani, former New York City mayor (January 1994 – December 2001), said on MSNBC that Hillary should have been charged; he too called FBI Director’s judgement into question, “FBI was wrong to not recommend charges”.

California Republican Congressman Darrell Issa – who led probes into the Benghazi attack – said that “The FBI decision shows once again how the Clintons and others at the top get to live by a different set of rules from everyone else.” Representative Issa is also the same individual who was happy to describe his success (into the Benghazi tragedy investigation) to have managed to hurt Hillary’s poll numbers.

Another GOP congressman declared that “the Benghazi Committee was successful because it hurt Hillary Clinton’s presidential prospects.”

And, in September 2015, House Majority Leader Kevin McCarthy (R-CA) suggested that the Benghazi Committee was responsible for driving down the former Secretary of State’s poll numbers.

In October of that same year, House Republican, Rep. Richard Hanna (R-NY), admitted that the Benghazi Committee was “designed to go after” Clinton.

Although the Benghazi investigations couldn’t fault Hillary for her handling of the tragedy, they did a superb job destroying her character. Hillary is no better or no worse than any other politician, and yet she is singled out as the worst. It is undeniably obvious that the Republicans’ mission is to destroy Hillary’s character by any means necessary, thus decreasing her chances for a win in November.

I’ve watched the desperation in the Republican camp which yearned for Hillary’s indictment over the email debacle. According to the experts on the Republican side, she committed the unforgivable sin. Short of asking for her to be jailed immediately, not a single Republican or Republican leaning individual would reason or even sympathize with her predicament. By some weird, unheard of, Republican only calculation, Hillary is the only and the first public official to have made such grave mistakes. And if you pay attention to the GOP run media, the rhetoric is over the top; they come close to asking for her public execution.

Fox Opinion – known and referred to by most as Fox News – naturally could not possibly come up with any reason why she should not be indicted for the email debacle. Ironically, there is no lack of examples on the Republican camp of gross negligence which has in fact cost the country dearly – the war in Iraq was the latest such instance – but neither Fox nor the Republicans in Washington could find compelling reasons to seek prosecution for those responsible taking the country to war under false pretense; that was a minor inconvenience – according to the GOP thinking – in comparison to what Hillary had done.

As if Hillary didn’t have enough problem to deal with, Bill Clinton sent the Republicans the best gift they could ever wish for, he decided to catch up with his old buddy Loretta Lynch, US Attorney General at the most inopportune time.

When Bill Clinton met with Loretta Lynch last week – Saturday, July 2, 2016 – on the tarmac at the Phoenix airport, all hell broke loose. Republicans saw a smoking gun; something smelled fishy; Bill must have tried to sway the Attorney General over his wife’s email saga. The airwaves were filled with speculations and conspiracy theories. Rightfully so! Both Bill and Loretta should have known better but the situation for Loretta wasn’t as clear cut as some would want to think; how do you say NO to meet with a former president? Regardless, Bill Clinton made a real mess. It is probably true they didn’t talk about the ongoing FBI investigation; it is also possible that they did. Regardless, it was undoubtedly the worst mistake Bill Clinton must have made in his political career, at least if one believes he would like to help his wife become the next president of the United States.

For all it’s worth, Hillary is the lesser of two evils (the other is Trump). As discussed in another article, “there are damages, tragedies, devastations one can never recover from; the Donald Trump’s prospect as the next president of the United States is one such instance. Even under the influence of delusion no one can justify a Trump administration as something to look forward to or anything good for the country…”

Therefore, it is in everyone’s best interest to become a patriot and defend the Republic from the impending danger of a Trump’s administration.