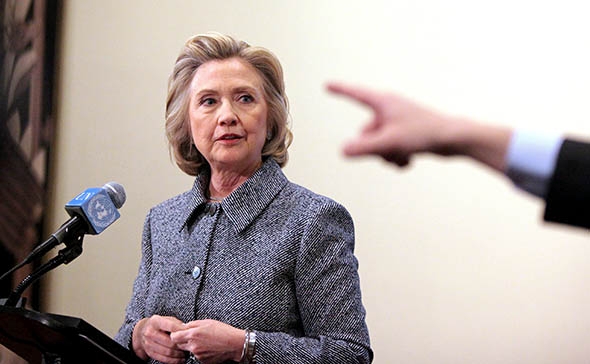 The Clinton Machine, Grinding to a Halt?

Since announcing her candidacy in April, Hillary Clinton’s presidential campaign has suffered through a horrid summer filled with scandal, missteps, and the rise of unexpected challengers. Much has also been made of Clinton’s dwindling poll numbers as many have begun to write off the former Secretary of State in favour of her much-hyped opponents.

But is the grand Clinton political machine grinding to halt? Not really. Whilst she may no longer the ‘inevitable candidate’, Hillary Clinton is still well on track to clinch the Democratic nomination despite the trials and tribulations she has faced thus far.

Opinion polling has caused significant headaches for the former First Lady over the summer, but they also tell one very clear story: Clinton is in the lead, and she is likely to remain there.

In a recent CNN/ORC poll, Clinton still leads her Democratic opponents by a healthy margin with 47% of registered Democrats and Independents claiming to support her, with her closest rival, Vermont Senator Bernie Sanders securing 29% support, and undeclared candidate Vice President Joe Biden on just 14%.

While she has lost supporters to both the Sanders and Biden camps, Clinton still stands strong in all national polling. Additionally, when voters are asked about specific policy areas, Clinton emerges as the top choice in all major categories.

Clinton holds a 22% lead over her Democratic rivals on issues surrounding the economy,  a 24%  lead on race relations, 41% on foreign policy, and a slightly narrower 9% lead on income inequality.

These numbers indicate that while many voters been caught up in the rise and rise of Bernie Sanders, when it comes to the greatest challenges facing the United States, most still see Hillary Clinton as the steady, experienced hand that is capable of guiding them through.

Yet another strength of Hillary Clinton is her standing amongst women and minority voters, two groups she had targeted in this early part of her campaign. In a recent CNN/ORC poll, 53% of women stated that they have a favourable opinion of Mrs. Clinton, while non-white voters strongly favour Mrs. Clinton with 58% supporting her bid for the White House.
These numbers give Clinton a commanding lead over Vice President Biden; but her lead over Bernie Sanders in these categories is far more significant, with just 36% of women and 36% of non-white voters viewing the self-described socialist favourably.
To be fair, it must be noted that, unsurprisingly, Sanders’ name recognition is still lower than Clinton’s, but the notable gap in their polling numbers amongst these two groups must not be discounted.
These polling figures are but a small glimpse into the reality of the 2016 presidential election cycle; a reality that shows Hillary Clinton is still the most likely to become the next President of the United States. And while those who oppose her will continue their tirades against her, one would have to be foolish to count Hillary Clinton out of this race just yet.
This website may use its own and third-party cookies to improve its services. By interacting with our website, you authorize this use. About our Cookies Policy.