Bern-ing Up: Iowa and New Hampshire

Just 8 months ago, Hillary Clinton seemed to be the inevitable presidential candidate of the Democratic party. In May, Clinton led the polls with 60% support – as opposed to Bernie Sanders’ 10%. The recent results of the first primaries tell an entirely different story – the “political revolution” Sanders often speaks of may in fact be arriving.

The Iowa Caucuses are always the first official event in the presidential elections. While they run differently for the Democratic and Republican parties, they essentially consist in organised gatherings where precincts discuss party issues and nominate their preferred presidential candidate. On February 1st, Hillary beat Bernie in the Caucuses by only 0.3% – a much narrower margin than that of last May.

As per Iowa Democratic party rules, when precincts reach a tie, a coin toss is used to determine the winning delegate. While it was reported that Hillary won all precinct coin tosses, this has been disproved: Sanders also won a significant share of coin tosses. According to Norm Sterzenbach – former executive director of the state party – there is “absolute certainty” that coin flips did not determine the eventual outcome. And although the use of coin tosses at all seems fairly undemocratic, it has been a longstanding feature of the Iowa Democratic Caucuses. Regardless of the chance results, state party chairwoman Andy McGuire reports this result was “the closest in Iowa Democratic caucus history”. Hillary ultimately walked away with 23 state delegates, with Bernie gaining 21.

In New Hampshire, however, Bernie won with 60.4% of the vote against Hillary’s 38.0%. This has been declared the “widest margin in modern Democratic history”, ever since Lyndon B. Johnson ran an almost uncontested race in 1964. There are various factors accounting for Bernie’s success, not least being the high (albeit not record-breaking) turnout commonly favouring anti-establishment candidates like Bernie and Trump – who in fact emerged as the GOP winner in the state. There is also the argument regarding the state’s demographic – largely white, liberal, and middle-class, so reflecting the voters Sanders most appeals to. The state neighbouring Sanders’ home state of Vermont may also have played a role in the results.

Clinton heavily stressed New Hampshire’s voter demographic in her concession speech, claiming she will perform better in more “diverse” states. This, however, cannot discount the fact that Bernie won every demographic group in New Hampshire: those with and without college degrees, gun owners and non-gun owners, first-time voters and previous voters, moderates and liberals… Sanders has also been performing particularly well amongst young voters throughout the contest. In fact, the only groups Hillary did win in New Hampshire were voters 65 and over and families earning at least $200,000 per year. 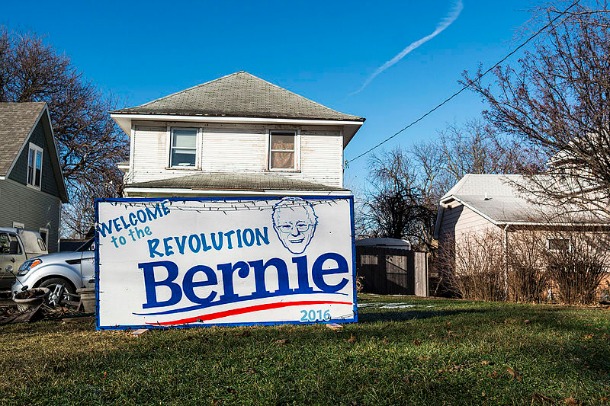 Regardless of issues relating to demographics and how they might apply in different states, Bernie’s primary performances so far signal an important victory for a candidate who was only recently the clear underdog. However, despite having won over voter support, Bernie struggles to gain establishment backing – unsurprisingly, one might add, since defeating the establishment is an important part of his platform. Although he is not one to sacrifice his values to gain voter appeal, this attitude is expected to cause problems for him in the primary elections due to the presence of “superdelegates”. These superdelegates are 712 members of Congress or other significant members of the party who – along with the 4,051 delegates allocated based on popular vote – appoint the party presidential candidate. Superdelegates are free to vote for whomever they favour at the national convention (the event where one candidate is appointed). Clinton already has the support of approximately 355 superdelegates nation-wide, while Sanders has 14. According to Shane Ryan of Paste Magazine, Clinton has overwhelming superdelegate support because:

The good news is that superdelegates have never decided a Democratic nomination – it would, after all, be highly undemocratic if a handful of party elites determined the Democratic winner disregarding the people’s will. However, the vast establishment support for Hillary has influence beyond that of superdelegates. There is also media and corporation support for Hillary, with important conglomerates financing her campaign and manipulating information regarding debate polls in her favour. These Democratic debates have in fact largely been scheduled at questionable times, such as on holidays. The resulting lower viewings benefit Hillary, as she is better-known and was considered the party frontrunner from start. 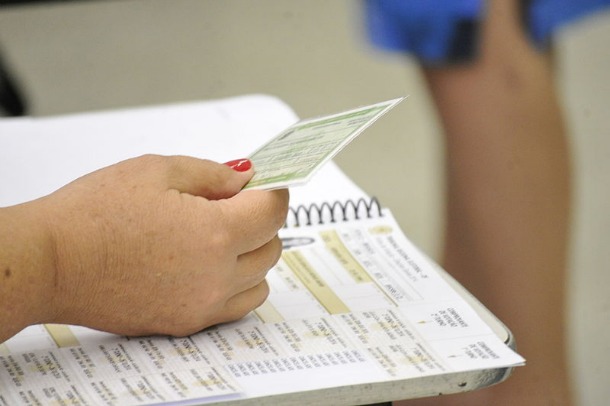 Bernie Sanders has done remarkably well in facing his first challenge – that of making himself known to the public and attracting voters against a longstanding important party figure. Despite claims that his showing so far has largely been influenced by Iowa and New Hampshire’s voter demographics in his favour, he has unquestionably come very far since the start of his campaign. Having established himself as a valid candidate in the eyes of voters, his challenge is to now maintain momentum when powerful establishment forces are opposed to him. Of course, this calls into question the true democracy behind the primaries. Instead of  meeting this with hopelessness, Bernie voters should recognise how heavily he relies on their support and make sure to participate in the election. The high turnout so far, especially among first-time voters, has played in his favour; although the stronghold of Wall Street and the media on politics is strong, Bernie could make a change – but only with the full support of American voters who #FeelTheBern.