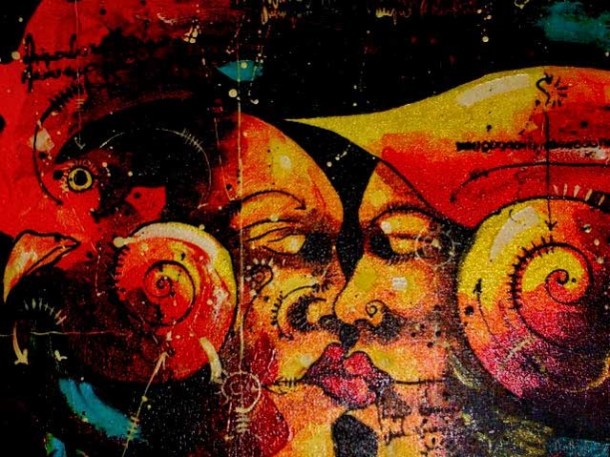 Cuban Street Art, Coming in from the Cold

Cuba is known for Cigars, Communism and Castro. Despite a history of popular tourism, this preconception has remained strong for many years, however, there are other cultural reasons to explore this island paradise. Namely, for experienced travellers and newcomers alike there has been a street art Renaissance on the streets of Havana which means this island is becoming known for more than just its history of cultural isolation.

Some might view Street Art as the unwanted tattoo that serves as a permanent reminder of vandalism, crime and delinquency. However, many believe Street Art & graffiti has the power to capture the cultural, social and visual vibe of a city in an original and wholly creative manner. Yet, significantly the interpretation is entirely individual. 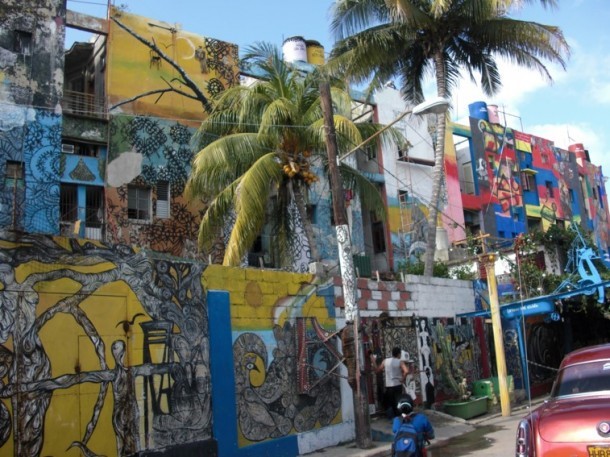 First and foremost, the blending of different styles is a commonplace hallmark of Cuban Art and emblematic of wider Cuban culture. For instance, Cuba’s past is a mixture of African & Spanish influences. Therefore, Cuban culture by definition is a densely interwoven pattern of Christian dogma West African Yoruba music and symbolism.

These various elements combine into the vibrant syncretic Santería religion which finds an outlet in the Street Art which honeycombs Havana, ensuring that Cuba becomes a must see destination for any culturally inclined tourist.

Culturally, these shrines are extremely significant to the local community. These Santería shrines where priests lead remembrances of Cuba’s slave past offer a visual feast for anybody curious about Cuba’s true history.

Stepping outside these smoke filled temples rich with the smells of Africa, the riotous and encompassing murals of the Cayo Hueso Neighbourhood attract the eyes on walls, houses and street corners. Unable to grasp the sheer complexity of all the various murals one must select the finer details of this panorama of colour. 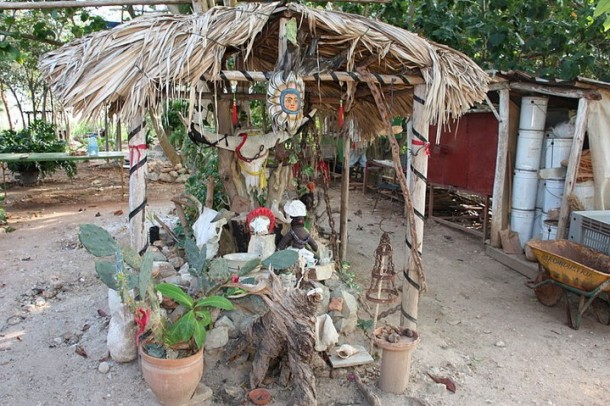 Where to find it

Callejón de Hamel, in the Cayo Hueso Neighbourhood, is located a short distance from the Habana tunnel and a stone’s throw from the University of Havana. The Callejón is a former slum, in recent years it has become a mecca for street artists.

At first glance it may seem like any other Caribbean street, the low built white walls, red tiled roofs & beating sunshine imbuing a sense of the mundane. However, stroll along any of its winding & dusty streets and you will be greeted by psychedelic eyes glistening at you from the cobbled paths.

Wander towards the beachfront to find yourself immersed in the rhythmic drumming of the Orishas, deities of the Santería religion which combine African beliefs with Christian mysticism. Or, simply step back to admire the vermillion daubs, the unique inscriptions on the sides of the houses or the blazing scarlet & yellow textures which underpin every Santería shrine.

Importantly, the shrines act as an artistic focal point for the various murals. 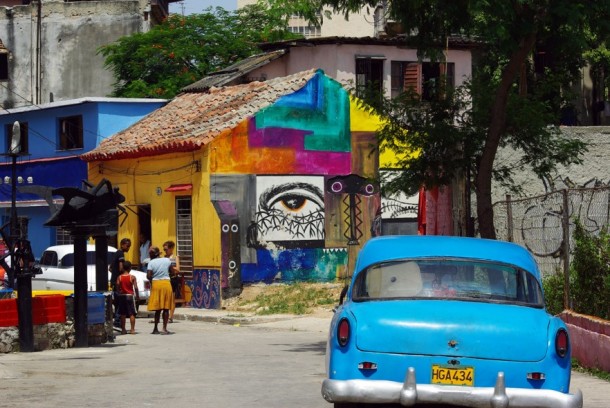 With the recent re-opening of relations with the USA, Cubans expose themselves to a new wave of cultural elements and artistic expressions. The so-called ‘Cuban Thaw’ has provoked a greater cultural diffusion, particularly from the USA. As such, street artists are gaining greater access to public spaces and increasing numbers of artists are making the winding calles their home. This consequently has broken down barriers between the Cuban Art community and the rest of the world. With the growing Street Art movements in Bogotá and Madrid there is a shift towards perceiving street art as a form of ‘urban literature’, a means of communicating the desires and hopes of an urban populace. Examine the following quote:

“It constructs the city as much as bricks and mortar; it sneaks into the periphery and challenges the hegemonical order.”

This quote from Ilse Scheepers cements that Cuban street art speaks on a grassroots level to a people who have suffered under a cultural censorship. This censorship has hindered the progress of art and literature for decades and Cubans wish to “challenge” government funded projects, for example, the omniscient murals of Che Guevara . Nevertheless, the ‘Thaw’ means greater freedom to travel freely within Havana itself. Consequently, this leads to greater accessibility for foreign tourists. Therefore, you can delve into areas such as the Callejón de Hamel with a newfound sense of discovery. 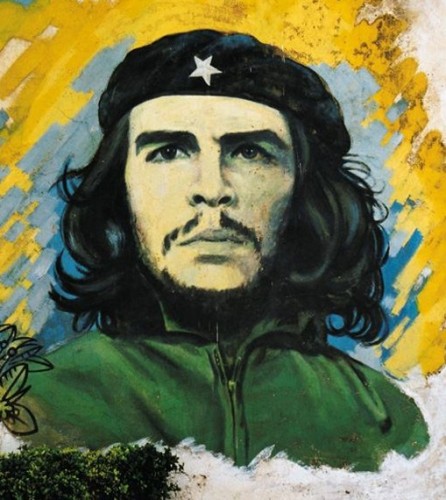 Ultimately, Cuban Street Art allows for a real insight into the socio-cultural dynamics of this historic island nation as it strides boldly, carefully & warmly forward.