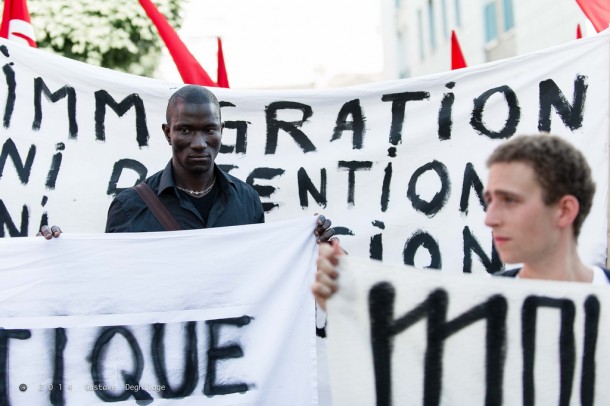 Can We Try to Stop Immigration?

One can really stop the flow of immigration? One can prevent to move thousands of people across the world? The situations in the Middle East and in many parts of Africa are increasingly complicated. In addition to poverty, hungry and difficult economic conditions – which are always been reasons that push people to migrate to other countries or even continents – the outbreak of many civil wars have deteriorated even more the living conditions. Actually the civil wars in Iraq and Syria, the gang war in Lybia, the conflicts in Niger, Mali and Eritrea push people to run away as soon as possible. Many people are running away, often the youngers escaping, who are able to engage months of travel through desert and other foreign countries. They run away because they often don’t have alternative: if they remain in their countries what awaits them is death and suffering. These migrants trying to reach Europe in any way, by sea, by land, hidden in trucks, crammed into boats, or- the most lucky – with tourist pass. Their stories are always tragic and movingly: there migrants have lived situations that we, European citizens, don’t live at all. The images of boats which are arrived on Italian coasts show us what these people are willing to risk to escape their countries destroyed by conflicts: they prefer to risk death at sea rather than stay in that hell of civil war.

And Europe how looks to these people? The EU seems to turn its eyes to other hand, it doesn’t want to see these migrants, it doesn’t want to worry about their problems; sometimes the EU even deceives being able to stop the immigration. There are three emblematic cases of how some European countries are trying to halt the flow from Africa. Hungary has announced plans to build a wall on the border with Serbia in order to reject all the migrants who try to cross the land borders. This measure is awfully drastic, excessive which is has been criticized by the other European countries. But actually the Hungarian wall is just an example, is a kind of barrier against migrants, but it is not the only one.

At the Italian-French border, in the town of Ventimiglia, the French police barred entry to France to immigrants who try to cross this border: some of them camped on the rocks close to the coast waiting for the authorization. They don’t want to stay in Italy and above all they won’t come back to their countries at all. Anyone who tries to pass on France is pushed back. A similar condition happened in Calais, France, the mandatory place for those who want to go to Great Britain; here the migrants are rejected as in Ventimiglia, nobody can arrive to UK, cars, truck and vans are always searched.

The question seeing these situations is “one can stop in this way the great flow of migration?” But especially “Does it feel right”? . Europe seems to lack a serious reflection and strategy on the real conditions of life in Africa and in Middle East. As long as there will be civil war and extreme poverty, people will try in every way to escape to richer countries. Building walls can help  only to forget what is happening in front of us and ignore requests for help.