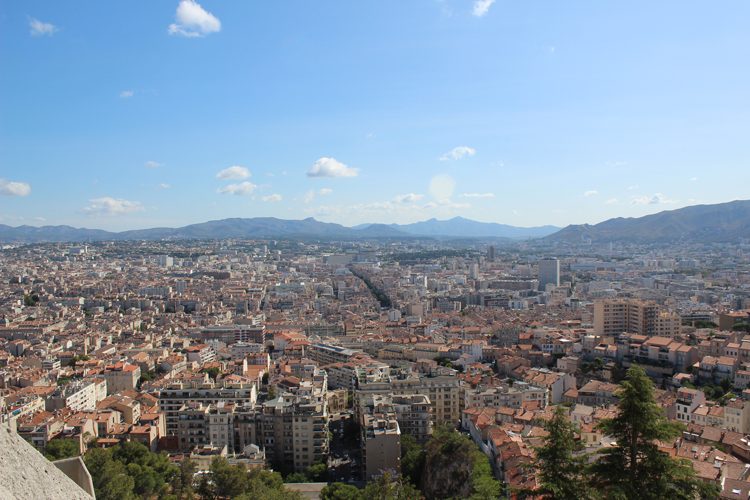 The Realities of Studying Abroad in Europe

Going to Europe had been one of my dreams since my very first French class in high school. Europe was an amazing dream that only seemed to exist in books and only a reality for the rich. I was lucky enough to spend an amazing summer in France, between my junior and senior years, learning the language and staying with a host family, but I was in a nice protected bubble with my program and my host mom filling my days with activities, wonderful experiences, and kept me shielded from the realities of being in a foreign country. Not to say that protection from reality was needed in Europe, but that we were just well disconnected.

This second time coming to Europe to spend a year in Southern France, I was outside of this bubble. I was basically alone to experience a Europe in all of its raw glory. No buffers or organized days to keep me distracted from being 4,000 miles away from home, my native language, and everything I already knew how to do. These are a few things about which I wish someone would have warned me before coming because they came as a shock to young and naïve me when I first arrived.

The very first thing that really struck me about Europeans, and more particularly the French, were their attitudes. Now Europe is a big, diverse continent, but Western Europeans share some commonalities on their personality. Basically, they are short, cold, and very direct with the French being notably more than other countries. Being from the United States, and more particularly from the Midwest, strangers being so upfront about their feelings and expectations to other strangers seemed incredibly rude and uncalled for in pretty much every situation. People you just met will give you their full, unfiltered opinion on everything from politics and religion to what they think about the clothes you’re wearing. Workers in customer service will move directly to the point and do not even try to sugar coat the fact that they cannot and will not do something/anything for you. For me, as well as many Americans, this attitude towards things is very saddening and hopeless so it’s easier to just try something yourself the first time and if you can’t figure it out, take the loss and move on with your life. Not the type of attitude we’re told to have as a study abroad student, but that’s the reality. For Americans, Europeans can come off as very rude and it’s quite off putting for your first couple encounters.

As much mental preparation you do before going abroad, nothing can prepare you for homesickness. I think that homesickness always gets portrayed as a huge breakdown towards the beginning of a trip, you get comfortable, and then these feelings vanish, but I would say that in a way it does the opposite. I always thought that I was not going to get homesick, that nothing was going to make me want to go back to America but being away for ten months really gives you time to reflect on what you have at home. Surprisingly, it was a couple weeks after arriving that I had my first wave of homesickness. The permanence of the trip had started to set in and I started to really feel it. This strange feeling of knowing that you have a year of amazing adventures ahead of you but also feeling as if you’re going to miss something at home, even the most mundane things. Luckily this initial feeling goes away and you really do start to get acclimated nevertheless as the trip goes on, it comes back time and time again. Simply being frustrated that the painted lines on the road are all white and not yellow and white is a great example of how little things will make you sad; even watching a movie and seeing a doorknob instead of a door handle can trigger it. Homesickness can also stem from the frustration of how Europe handles the school system, banking, doctor’s appointments etc. everyday things that may be equally as bad in America, but you’ve accepted it long ago. The important thing to do is to celebrate the fact that not everything is easier, and you will come out a better person at the end. It’s also important to have a support system of people to help you through those hard times.

Finding Home Away From Home?

Since Americans love to romanticize Europe, unlike any other part of the world, we expect to love it full-heartedly. Unfortunately, that is not the reality. This is not the say that you’ll hate Europe by any means, it’s that Europe takes on a new role in your life. After being in France for nine months, it feels like home. I feel as if I’ve experienced everything that any other French person has experienced while being in France. It’s become a second home and as I do with the great state of Indiana, I feel comfortable enough to criticize it but still love it. In that same thought, I hate France. The people in the south seem rather rude to me. It’s impossible to do anything in a timely manner. Everyone goes on strike for everything. People always talk at you in English in the simplest situations. The list goes on of things that frustrate me about being here. Freshman year me would be gravely disappointed in the fact that I even thought about saying something bad about France, but I think it’s important to understand that study abroad, not just in Europe, is not all rainbows and butterflies. There are times that you will dislike everything and just want to back to the states and cry. In short, be prepared to hate it because you will at some point.

This all might sound like studying abroad is nothing but a horrible experience with you destined to hate every second. This is not true. For me, I’ve accomplished my high school dream of learning French and spending a year abroad. I’ve seen places that I’ve only dreamed about, done things I never thought I would ever do. I’ve changed tremendously as a person in nine months. Don’t let some rough times and a possibly difficult adjustment period detour you from doing everything you’ve dream of doing. It’s just important to be aware of these things so that you can make your experience better. Take that last-minute trip. Spend that 50€ for a plane ticket. Try that weird food. Step outside of your comfort zone. Do what middle-school-you would never dream of doing but keep in mind that as great at it may a seem, and actually is, that you’re not doing it wrong because you’re having a rough time.