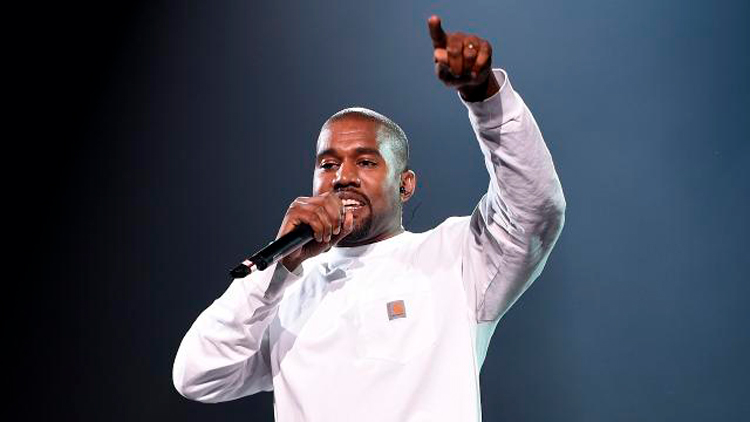 Yeezy, Yeezus, Christian and self-proclaimed God, husband of Kim Kardashian, the guy that interrupted Taylor at the VMA’s back in 2009. Whatever your thoughts may be on Kanye West, there is no denying that over the past decade and a half he has made an incredible, lasting impact in hip-hop. He has a track record for putting out critically acclaimed records year after year, and aggressively fighting back against those who say otherwise. Often the media criticizes him for his outlandish antics offstage, but those antics are not what this article will look at. All this article cares about is Kanye West’s seven studio albums in the past 15 years, and which ones are the best and which are the worst. This means that collaborative albums, live albums, and mixtapes will not be included.

This list is not based on any facts, but is simply my opinion as a Kanye fan of the albums I liked best, and which ones I wasn’t the biggest fan of. To be clear, I love all of West’s albums, and he is probably the most influential rapper of the 21st century. Sitting down and writing out this list wasn’t easy, because I had to find issues with albums I did mostly enjoy. I was able to complete the list, and take everything with a grain of salt, and not as hard truth. Without further adieu, here are Kanye West’s albums ranked worst to best.

West’s fourth album breaks away from his planned tetralogy of educationally themed albums, and this was originally titled Good Ass Job. However, West experienced true heartache after the release of his third album, Graduation. In that year his mother, whom he was extremely close to, passed away, and his engagement to his longtime girlfriend ended.

Most of this album sounded confused, seeming as though West was attempting to cope with his pain through music rather than trying to make a picture perfect album. Furthermore, 808’s sees West attempting to master the sounds he began sampling on Graduation; yet, with so much pain on his mind he is unable to perfect this sound.

After the huge success of The College Dropout, West seems a bit shocked at his newfound fame, and is uncertain where he wants his music to go in this sophomore album. Many other artists began using West’s sound from College Dropout and West wanted to find a different sound to separate himself from the copycats.

The sounds West attempted at rarely fit well in the album. Most of the songs on this album sound like they could have been made by any other artist, which deviates from the pioneering West would become known for later in his career. It was a strong effort by West, but ultimately it was a swing and a miss this time at bat.

In his third album, West begins new sound experimentation (having seen that the sound his tried on Late Registration did not work) that would be attempted again in 808’s and finally perfected on Yeezus. In small amounts this new sound makes Graduation sound fresh from his previous two works. This album is also the first time West is explicit in his narcissism, which would eventually become prominent in his later albums; however, it also holds true to a humbling aspect of West, such as the song Everything I Am.

It is almost as if West knew of the heartache he would be experiencing after this albums release. The whole album seems like a celebratory party album, where West reflects on how wonderful his life as become as a famous, influential rapper.

For this album West spent time in France, particularly at The Louvre to gain creative inspiration. What came out of this reflection on other artists work was a unique, wild, confident, and perfect album unlike anything West had done before. The sounds he was trying to figure out in 808’s were finally perfected in this album.

Each song seems frantic and untamed, but in conjunction with the entire album it is a pure chef-d’oeuvre. West shows he is capable of creating an album completely different than anything he had previously done, yet still an amazing piece of work. He shows hip-hop and the world why he is a god.

West’s seventh and last album to date can be seen as his doctorial thesis album. It reflects on his life since his rise to fame and shows the pain it has caused him, unlike Graduation that reflected on the more positive aspects. With mostly deep songs and few bangers, West requires his listeners to take a serious look at what he has to say, because it is important to understanding him as a man. This is the most prominent theme throughout the album, that although West has proclaimed himself as a god of hip-hop, he is a man first and foremost, and music is just one part of him.

This album also reintroduced themes of religion and the importance it has played in West’s life, especially as he struggles with the pain and sadness brought on by fame and wealth. It also reintroduces gospel music in West’s songs, which hadn’t really been seen since he debut album. As music critic Rob Sheffield called it a “messy masterpiece”, that is exactly what it is. West tells how much of a mess his life is in the most beautiful way possible.

After a year in self-imposed exile, West returned in full force to the hip-hop scene. He showed that even in the face of ridicule, heartbreak, PR nightmares, and being in the hip-hop game for years that he was still able to wow listeners with unending creativity and devotion. He reflects on the problems he has caused in the media, while also stating that at the end of the day he is the best and should be allowed to act however he wants, because he has earned it.

West again brings on a new sound, incorporating bangers with emotional lyrics, and vice versa. He brought in a variety of featured artists and used their unique talents to bring about masterful songs that brought out the best in everyone. In the song Monster, West brings together Nicki Minaj and Bon Iver (two extremely different artists), but creates a song that is as powerful as it is moving.

The College Dropout, Kanye West’s debut album. The albums that would change hip-hop forever; without it the artists we have today would most likely not exist in their current form. This album broke away from the gangster rap that dominated all of hip-hop. It focused on middle-class America and reached a whole new, larger audience.

It focused on themes of politics, race, wage inequality, class separation, materialism, and the unconventional means those not in the upper class has to do to survive. It also focused on themes such as self-consciousness and the fear of failure, which no other hip-hop artist to that point would even admit to having such feelings. Finally, it also focused on themes of religion (such as in the song Jesus Walks), and incorporated for the first time gospel music into hip-hop. It is West’s first and best albums for all that it did to inspire later artists, including himself.