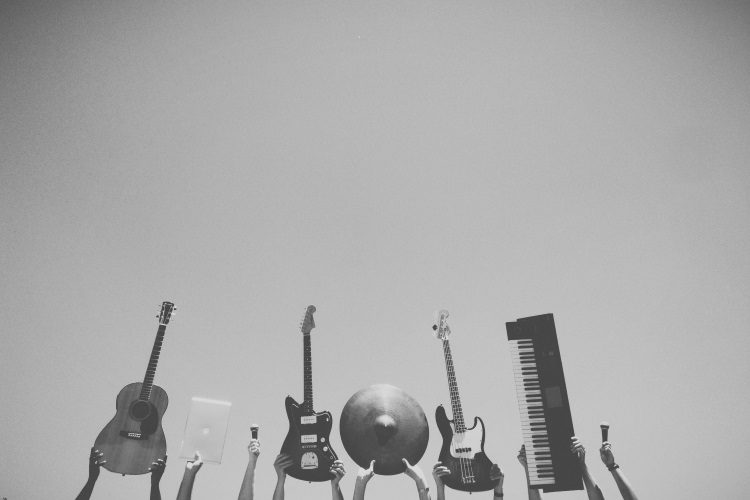 What You’ll Hear and Where: Music on the World Stage

Whether you’re a diehard music fan or you only listen to Top 40 hits, music is a part of our daily lives. Just about anywhere you go, you’ll interact with music in some way. But the music people hear on a daily basis is different all across the world. Culture, faith, and community dictate the numerous ways in which music may take shape across the world. What is popular, even ubiquitous, in one country may seem unappealing or strange in another. Even the notes we are accustomed to hearing may differ from those of another culture. Here’s a list of 10 countries from across the world and the different types of music you may find in each one.

As one of the world’s heaviest exporters of culture (for better or worse) many of the musical stylings of the United States have spread into popular genres worldwide. Be it Jazz, Blues, or Rock n’ Roll, many of today’s most popular genres either started or gained substantial popularity in the United States. Not least among these styles is Hip Hop and Rap. The genre emerged almost solely from the black community, rapidly evolving into a powerful mode of black expression. Today, it has spread across the world, although it differs greatly depending where you find yourself.

The United Kingdom is another large exporter of music in the world, with acts such as Adele and Ed Sheeran being household names in many nations. Sheeran in particular draws from an age old tradition of the United Kingdom; folk music. A conglomeration of Scottish, Irish and British culture can be found in the folk music tradition of the UK. Songs like ‘Danny Boy’ and ‘Amazing Grace’ emerged from this genre of music, which still remains highly popular in the UK today.

Music in Italy is as varied as it comes. With strong bases in Jazz, Rock, and Pop, there are many musical stylings you can hear in Italy today. But one style that emerged from Italy and spread across the world has remained popular for multiple centuries; Opera singing. The dramatic vocal performances of Classical pieces by incredible Italian singers such as Andrea Bocelli and Luciano Pavarotti have earned a certain reputation for the country. Suffice it to say, that when it comes to Opera in the modern day, look no further.

Much like Italy and the UK, Spain has seen the influence of many modern genres of music in its own musical stylings. But perhaps best known – and still highly prevalent on its own and in Spain’s pop music – is Spanish folk music, otherwise known as Flamenco. Typified by intense chords, vibrant dancing, and lightning fast guitar playing, Flamenco is as impressive as it is beautiful. In particular, the iconic guitarist Paco de Lucia exemplified the caliber of playing typical of the Flamenco style.

When one mentions the words ‘music’ and ‘Iceland’ in the same sentence, the name ‘Björk’ jumps to mind almost immediately. And for good reason; when it comes to Icelandic music, she is certainly the most famous, and one of the most influential. Björk’s musical influence is widespread, and she enjoys popularity in many countries across the world. Her experimentation has set the stage for Icelanding musicians that have followed her.

Unfortunately for the world, the music of many Middle Eastern and Southeast Asian cultures goes underappreciated. However, for many this changed with the exceptional vocal capacities of the Pakistani singer Nusrat Fateh Ali Khan. Qawwali music, the devotional music of the Sufis, gained the world’s ear in the early 90’s, when Khan began working with Peter Gabriel to produce his music for the west. His vocal energy and performances are often regarded as some of the most impressive singing ever recorded.

Music in Egypt is an integral part of society. Whether it is their devotional and religious music or popular music, Egypt has a long musical history. However, the popular music of Egypt today traces its lineage back to a relatively recent era, the Golden Era of Egyptian music. In the late 19th and early 20th century, Egyptian musicians began to experiment with the combination of Western melody and Eastern singing. The result was an immensely popular and prolific body of musical work.

Another of the world’s largest hubs for cross cultural music is Japan. Known the world over for what is classified as J-Pop, Japanese music is energetic and highly performative. Much like the boy band styles of the United States in the mid-90’s and early 2000’s, J-Pop is characterized by groups of young men and women performing upbeat, highly produced and highly choreographed songs.

Much like the Middle East, African music is sorely underrepresented on the world stage. A shame, considering all that it has to offer. Drawing from influences and contact with world cultures, music in Nigeria spans a wide range of styles. Particularly popular are the genres of rap, hip hop and folk. West African folk music, often called Palm-wine music, is a blend of African melody with guitar and Western rhythms.

Last but certainly not least the musical stylings of Central America, in particular Mexico, have had an immeasurable impact on music across the world. Present in Hip Hop, Folk, and Rock n’ Roll, Mexican music remains popular in many cultures. In particular, Mexican music has blended exceptionally well with American rock music. Folk songs such as ‘La Bamba’ and ‘Oye Como Va’ found new life and a new audience in the west and abroad due to musicians like Ritchie Valens and Carlos Santana.