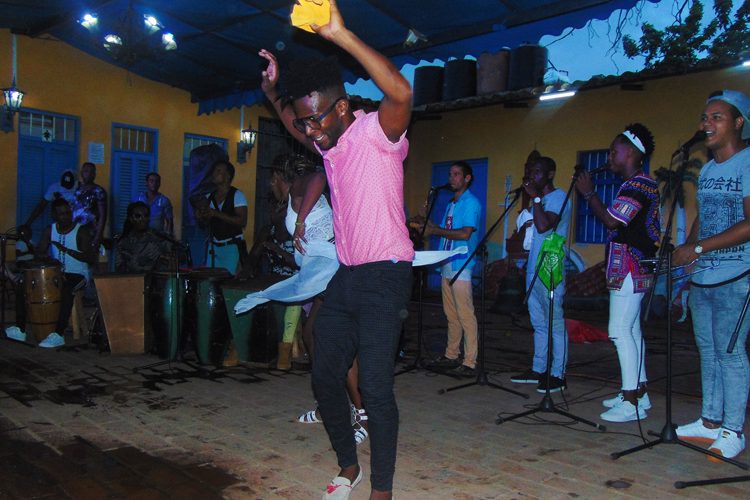 The clock had just marked 6:00 p.m., when a vibrant and defined sound could be heard coming from the tumbadoras (a tall single-headed Cuban drum) and cajas (wooden boxes used as percussion instruments), indicating the rumba was about to start. 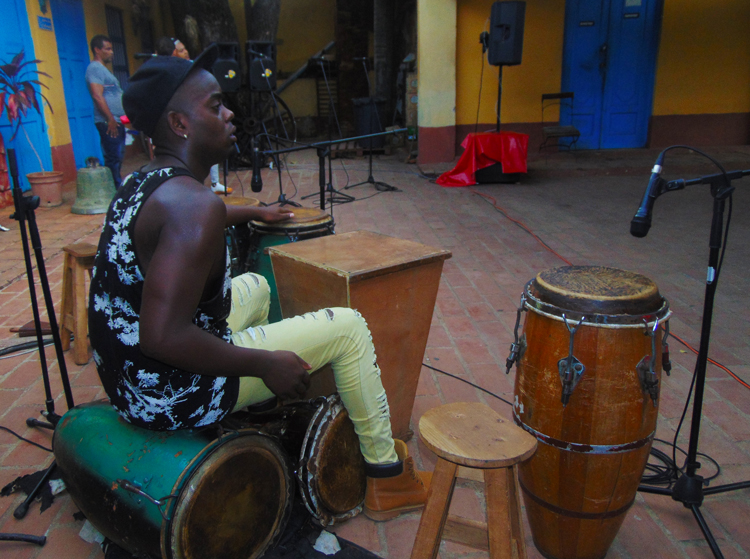 The crowd, which was mostly composed of locals, began to move closer to the dance floor, and the band immediately started to delight everyone who had gathered to honor Cuban roots on a sultry night in the southern city of Trinidad.

Rumba was used as a synonym for the word party, and that’s exactly what was taking place at Patio Bequer, located in front of the city’s Plaza Mayor, where every Thursday they celebrate La Peña de la Rumba when musicians and dancers gather in one place to listen, dance and play Cuban rumba, the complex of secular music styles known as Yambú, Columbia and Guaguancó.

The group Manana Mendo had just finished its first song when all of the sudden, I hear a familiar sound coming from two wooden sticks that are referred to as claves. “In rumba every instrument has its rhythmic function,” said Oscar Castellanos, 28, a singer for Manana Mendo. “However, when you hear the claves, you know Guaguancó is playing.”

As it became clearer that it was in fact Guaguancó playing, two dancers, a man and a woman, started to approach the dance floor and gave a demonstration of the fun and very sexual dance. The more I stared at the dancers, the better they looked, and the more fun they seemed to be having, the more intimidating it became for me to get up and dance.

As I made eye contact with whom to me was the best dancer on the floor, I was trying to build my courage and ask him to dance, but he seemed to have noticed how fascinated I was by his moves and decided to approach me first.

Trying to avoid disappointing Raidel Musteriel, 32, who has been dancing professionally for three years, because of my inexperience, I pulled his arm while we were walking through the multitude and told him I had never danced Guaguancó before. He took it better than I expected, and with a smile said, “don’t worry.” When we got to the dance floor, there were other people already and we all started to follow the movements of the dancers. 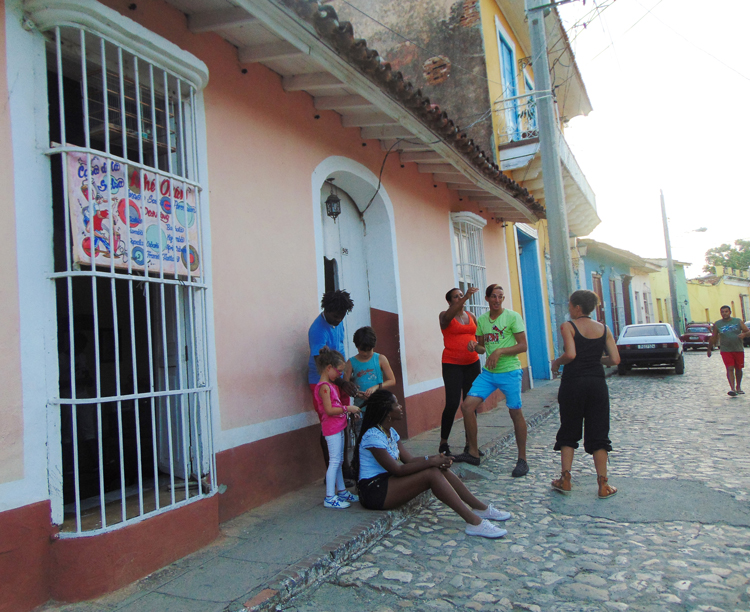 Musteriel ended up being surprised with my ability to imitate some of his dance moves, which I was able to do mostly because of a one-hour class I took at Ache Okan, a dancing school located at Calle 545 Gutiérrez between Olvido and Boca that offers classes in everything from salsa to Afro-Cuban dances and Afro-Haitian dances.

The instructor, Lesbiel Donet Pereira, who has been living in Trinidad for 12 years, says Guaguancó was born in the suburbs of Havana. “Guaguancó is a combination of dancing elements,” said Donet. “For example, Afro-Cuban and Son.” 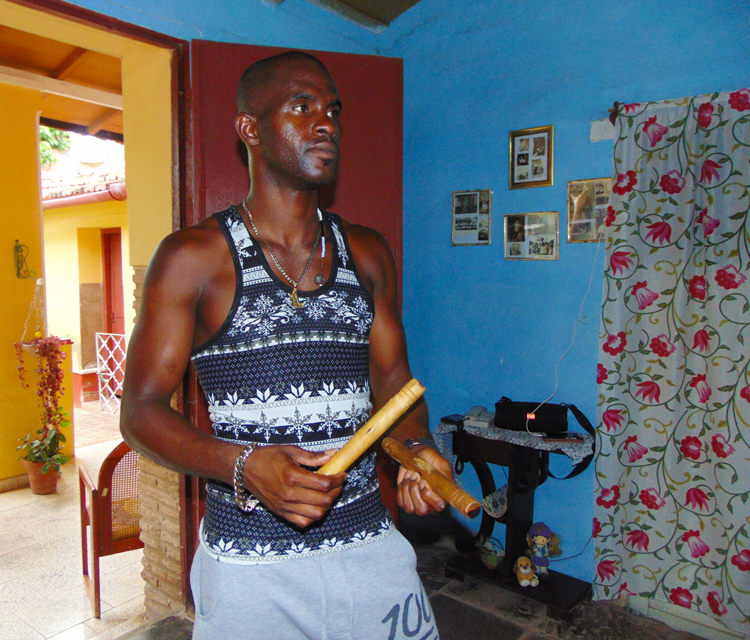 Being born in the Dominican Republic and having my mom teach me how to dance merengue, salsa and bachata from an early age, I have always felt pretty confident with my dancing skills. So, you can imagine my surprise when I found myself not being able to keep up with Donet during the first 30 minutes of our class.

This Afro-Cuban dance began around the time when slavery was being abolished in 1886 and is basically a game where the men tries to vacunar (vaccinate) the woman, while she avoids him by covering her pelvic area. The vacunao can be done either by doing a pelvic thrust towards the female’s pelvis or whenever his hand or leg touches that area.

“The most important thing when dancing Guaguancó is to keep your position of Guachinango,” said Donet.

Guachinango is basically the third step of the children’s game “head, shoulders, knees and toes,” where the person touches the knees. Although the other styles of Cuban rumba use some of the same steps, it is the timing that actually sets each subgenre apart from each other.

“Columbia is more about challenge, who dances more,” said Donet. “On the other hand, Yambú is mostly for the elderly. Is slower and the movements are more defined, and then you have Guaguancó which is fast paced, and you vaccinate.”

It is a common mistake to believe that Guaguancó is a spiritual dance, but it actually has nothing to do with religion. “People tend to believe that because some santeros like to dance it,” said Musteriel, referring to devotees of the Afro-Cuban religion, santeria.

The Guaguancó scene in Trinidad is still missing the authenticity that you find in places like Havana and Matanza, the last being the place where most of the slave trade took place in Spanish colonial times. However, the genre is still growing due to the migrants from other regions of Cuba who bring their style and moves to the community.

“The Cuban that doesn’t dance Guaguancó is not Cuban,” said Omaida Suarez, 53, who has been living in Trinidad all her life.

Music and dance is a universal language that no matter where you are from and in what language will always make you feel something. Guaguancó is a great dance that will allow you to get a taste of authentic Afro-Cuban culture and at the same time, learn a few steps that can be added to your salsa moves.