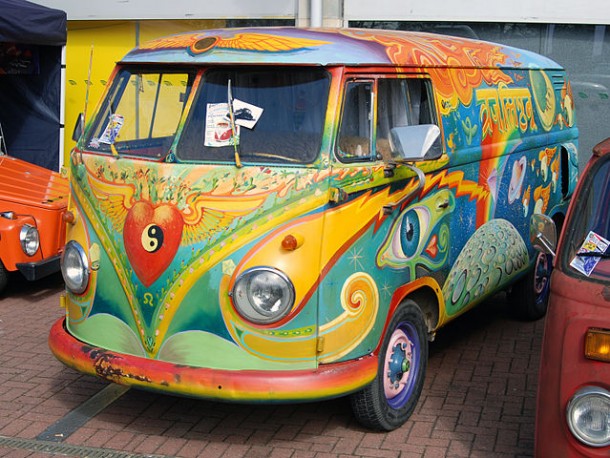 Counterculture has been prevalent in the US: Boho, Beatnik, and the most notable being the hippie movement of the 70s. These subcultures were anti-conformist, anti-status quo and more often than not looked toward a way that aspired to a new society and better quality of life.

These subcultures seem to have a thing in common: They celebrate spiritual pursuits, reject material thought, and mostly importantly not only accept but encourage individuality. These times were rife with experimentation, exploration, and pure enthusiasm for the world, with the mind, body and soul as a vehicle in a life-long journey. Following the tremendous effects of mega capitalism and consumerism today, a revived counterculture wave is emerging: the age of the individual.

The State: A Necessary Evil

What was the world like before states and governments were formed? Was Earth and nature in such chaos that so required authoritative bodies to bring order? Counter intuitively the answer leans toward the affirmative. Humans, when put in an environment where only the fittest survival, behave true to our nature: animals of the natural world.

Developing countries inevitably require a form of government for welfare and protection, until they are able to move up the hierarchy of needs where survival and basic needs are not the main source of their troubles. Stuck in the poverty cycle, these people are able to absolve this reliance and attain independence under a state that works for the people.

The Emancipation of First-World Slaves to the System

One of the ways the state wields its power is through consumerism and stimulating materialism. There reaches a plateau in the reach of this power of the state, the beginnings of which happen when society starts to progress and mature. After a certain stage of advancement the state’s power shows the first signs of waning; individuals have evolved in both thought and action, to leave the indoctrinated social path. The state is aware, and naturally opposed to this phenomenon. These are the ones who have managed to break out of the dogma of the state, which at this point is withholding rights on the pretext of providing privileges, to retain its power.

For members of developed countries enabled by education and technology, the current phenomenon is that they are returning to a way of life that is close to the Earth with a high standard of living. This is achieved by redefining basic needs through eco-technology and the resulting sustainability.

The Emerging Breed of Pureblood Earthlings

In recent times we hear increasingly of people living off the grid, building homes in the woods or mountains where they are physically cut off from society but still in a minimalist manner connected to civilization. This emerging counterculture is rejecting the state, passively opposing societal expectations of success despite possibly having the ability to do so. Besides that, they have also attained a level of realization or enlightenment about their needs and purposes in life.

Breaking Free From The State of Trance

Even though the counterculture of individualists is self-sufficient, it is still community-based. People are independent but still offer a helping hand, ear or wallet to others in need. Ultimately we are one people, on one land. After lifting the third world out of poverty and medical dearth, we can take a step forward into a new world where people are truly in touch with themselves in nature. Maybe then, the current “need” for warfare and welfare may finally be eradicated along with the state.