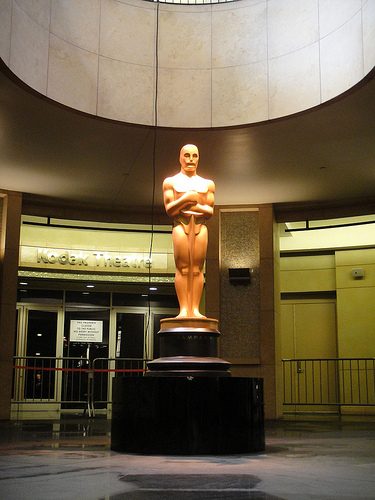 Who will win the Oscar? Bets are open!

It is the end of the year and almost Christmas so it is the perfect time to go to the cinema and watch a great movie. Nevertheless, it is also time to start guessing who will win the Academy Awards which will take place in Los Angeles at the end of February. Following the Golden Globes nominations, movie experts and betters have started to list some of the titles which are possible candidates for the prizes. I personally asked for advise to my trustworthy expert and movie-addicted, Elisa Pitton, and here are the possibilities.

For Best Actor this will be probably the year of two big actors of our times, Leonardo Di Caprio and Johnny Depp. In the last few years, Di Caprio starred wonderful movies, such as Inception and Shutter Island, but unfortunately, he did not gained the Oscar. Maybe The Revenant will bring him luck! Also Johnny Depp acted in many movies and this year with Black Mass, and his wonderful transformation, he is one of the favourites. Along with them, there are Eddie Redmayne, last year winner for The Theory of Everything, with his performance for The Danish Girl, Bryan Cranston for Trumbo, a movie about the Hollywood screenwriters persecuted for their political opinions, and possibly Michael Fassbender for Steve Jobs. However, all the wishes goes to Leonardo di Caprio!

Among the ladies who will compete for the prize, there are three new entries, namely Alicia Vikander (The Danish Girl), Brie Larson (Room) and Saoirse Ronan (Brooklyn). Furthermore, there are also big names such as the amazing Cate Blanchett for Carol, Charlize Theron for Mad Max, Helen Mirren for The Woman in Gold and the las-year winner Jennifer Lawrence for Joy. This is a hard choice, but the favourites are Cate Blanchett and Charlize Theron. 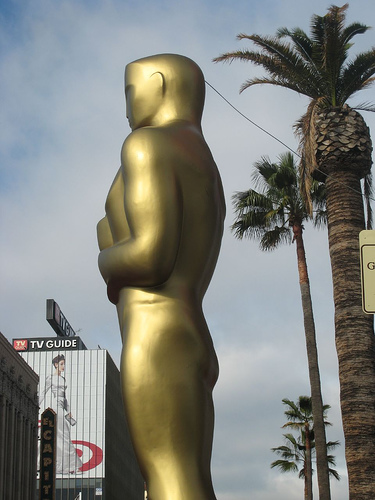 And then it goes the Best Picture and Best Director…

Let’s start with three big names who are a classic of movie industry: Oliver Stone (Snowden), Steven Spielberg (Bridge of Spies) and Ridley Scott (The Martian). Even if Snowden and The Martian have been acclaimed by critics and public, the favourites for the best director and best picture are: Spotlight by Tom McCharty, a wonderful movie about the true story of the journalists of the Boston Globe who uncovered the abuses of the local Catholic priests, Steve Jobs by Danny Boyle, The Revenant by Iñarritu, Carol by Todd Haynes and Joy by David O. Russell. Atndleast but not last, The Hateful Eight by Quentin Tarantino. From Pulp Fiction to Django Unchained, Tarantino has divided critics and public but undoubtedly, he is one of the great masters of our times, so maybe with his last movie, a kind of western set in post-civil war America, he will win the most craved prizes, best director and best picture. However, he has to compete with the acclaimed Carol and also with The Revenant directed by last-year winner Alejandro Gonzalez Iñarritu.

It is also worth mentioning one of the best independent movies of the last years and a big success at the last edition of the Sundance Film Festival: Me & Earl & The Dying Girl by Alfonso Gomez-Rejon. Noteworthy is also the last movie by the Italian director Paolo Sorrentino, winner with The Great Beauty, who this year will present Youth with stars such as Michael Caine, Harvey Keitel and Rachel Weisz.

So, while we wait for the Academy decision, make your guess and good luck!