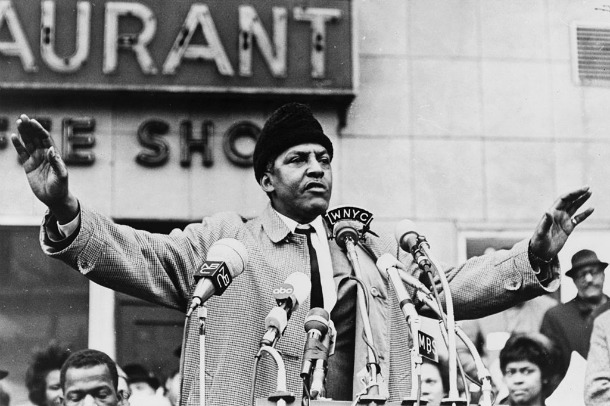 Behind The Scenes of History: Black and Queer

February 29th marked the last day of Black History Month in the U.S. and of LGBTQ History Month in the U.K.. These annual celebrations strive to shed light on racial and sexuality/gender identity issues, and how individuals belonging to these groups have shaped the world we live in today. However, they don’t alway run smoothly: just look through the numerous “why isn’t there a white history month??” tweets – as though white history wasn’t celebrated every day of the year, as though the stories of straight, white men weren’t the only ones recognised and taught in schools throughout the Western world.

A month dedicated to the continuing struggle for black rights is extremely important, as is one celebrating lgbtq+ identities; however, we must also make an effort to include more diverse narratives in our recounting of history year-round. This applies to numerous other groups: latinxs, women, the neurodivergent, and other under-appreciated players of our past. And so, in honour of more inclusive historiography, here are some black & queer individuals who have changed society and deserve much more recognition.

Bayard Rustin (1912 – 1987) was the gay man who fought relentlessly alongside Martin Luther King for racial desegregation. A pacifist and activist, he organised various key civil rights demonstrations: the Montgomery Bus Boycott, the March on Washington (where King gave his “I have a dream” speech), the New York City school boycott… Having learned about nonviolent activism from his grandmother Julia Davis, Rustin participated in the first Freedom Rides and rallies against Jim Crow laws his youth. He even educated King on Gandhian nonviolence after the two met in 1956.

Unlike King, who kept his socialist political philosophy private, Rustin was active in the American Socialist Party. This, along with his homosexuality, caused Rustin’s essential contributions to civil rights to long go unacknowledged. In 1953 he was arrested for a “sex perversion” offence; government members used his sexuality to discredit him by calling him a “communist, draft-dodger, and homosexual”. Due to problems with his image, Rustin had to publicly distance himself from civil rights movement leadership – but he continued to advise King and organise important demonstrations. From the 1970’s he became increasingly involved in the fight for lgbtq+ rights, linking them inextricably to black rights.

Marsha P. Johnson (1945 – 1992) was a transgender woman and important figure in the queer community of New York. She was known for being herself in spite of harassment for her gender identity and eccentric clothing; she used her catchphrase, “pay it no mind”, in reference to her middle name but applied it to all areas of her life. Marsha co-founded the Street Transgender Action Revolutionaries (STAR) organisation alongside activist Sylvia Rivera; the two built a living community for vulnerable lgbtq+ individuals. As Rivera explained, “STAR was for the street gay people, the street homeless people, and anybody that needed help at that time”. Marsha worked tirelessly to keep members of this community safe and was referred to by them as the “Queen Mother”. 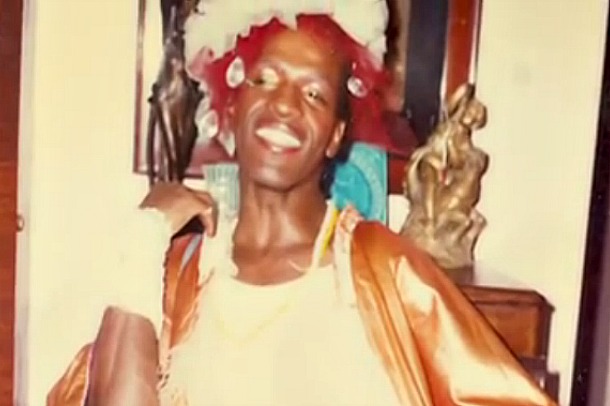 Perhaps Marsha Johnson’s greatest contribution to lgbtq+ history, however, was her role in the Stonewall Riots of 1969. These riots, sparked by a clash between Greenwich Village police and gay bar patrons, became an iconic event in queer history. The night of June 28 the police raided The Stonewall Inn (a gay bar); violent riots ensued. Participants who were later interviewed recounted how Marsha was “in the middle of the whole thing, screaming and yelling and throwing away rocks”. She was the one who “really started it”. While the Stonewall riots acted as the spark of the 1970’s queer liberation movement, they grew to symbolise a male-dominated white movement excluding women and other sections of the lgbtq+ spectrum. This whitewashing was perpetuated by the 2015 film “Stonewall”, where the historical stars of the movement – trans women of color such as Marsha Johnson – were replaced by fictional white gay males. Despite this, Marsha and fellow diverse members of New York’s lgbtq+ community remain the true pioneers of queer rights.

Linda Bellos (1950-) is a British politician and activist. Born in Brixton, she came out as a lesbian at 30 years old – after already having given birth to two children. She soon became the first non-white woman to join the feminist collective Spare Rib; in 1985 she was elected as Labour councillor in Lambeth (London). The next year she was elected council leader, becoming the second ever black woman to lead a London Council. Bellos is a long-term advocate for equality and progressivism; already during her time with the white-dominated Spare Rib, she argued that women’s issues should intersect with those of race, social class, sexual identity & orientation, disability, etc. This belief, unpopular at the time, made her one of the first champions of intersectional feminism. Demonised by the press, she stepped down from politics and became an activist for black and queer rights. Her achievements include introducing Black History Month to the U.K., acting as chair of various lgbtq+ networks, and remaining an equality advisor to important bodies such as the British Army and the Metropolitan Police.

There really are endless examples of significant queer, black figures in history – many of them, women. Lorraine Hansberry, an important writer and playwright, was very likely bisexual. With her renowned work “Raising in the Sun” she became the first black woman whose play was produced on Broadway. Through this play she portrayed themes both of the universal human experience and of discrimination & sexism to a wide audience. Audre Lorde – a self-described “black, lesbian, mother, warrior, poet” – advanced the causes of intersectional feminism and social justice through her writing. She was an early champion of the gender theory that binary opposition between men and women is oversimplified, and largely a social construct. James Baldwin was a gay writer, poet, and activist. His works include critically acclaimed essays on his experience as a black gay man, as well as a novel telling the story of a man struggling with his sexuality. He was an important figure in the civil rights movement, and campaigned for lgbtq+ rights and against the Vietnam war. Josephine Baker was an American performer who gained fame in 1920’s Paris, becoming a cultural and artistic icon. She worked for the Red Cross during WWII and was active in the U.S. civil rights movement in the 1950’s. Many performance halls changed their policies of integration thanks to her refusal to perform at non-integrated venues. Although she never came out, she had several “lady overs” and a large queer following. There are also incredibly famous historical figures whom not many realise were queer; an example is Langston Hughes, the renowned American poet writing on themes of freedom and equality who also happened to be gay.

The white patriarchy has always shut out diverse groups from sociopolitical power and decision-making: through the atrocity of slavery, by denying the vote to women and the black population, by criminalising different sexualities. By creating internment camps for Japanese-Americans while fighting for the freedom of those in prison camps abroad. By labelling the AIDS crisis as “the gay disease” and promoting homophobic sentiments. By giving white men credit for the scientific and technological advances of women or people of colour. In spite of such human rights abuses and continuous mistreatment, courageous individuals have risen up and made a difference in the world. But rather than celebrating their achievements in the face of outrageous inequality, our white male-dominated society continues to overlook & appropriate their contributions. It perpetuates their erasure from our history, either by completely removing their experiences from the narrative or by shifting the credit they deserve to (you guessed it) white men. It often claims modern civil rights movements are entitled and obsolete because “we already have equality”; yet, it refuses to acknowledge the historical importance of the politically powerless but otherwise immensely influential. With increasing legal recognition of civil rights for all, we have taken but one step; there is a long way to go. In the truly “equal” society some speak of, months specifically dedicated to black or lgbtq+ history – or that of other ethnic/social groups – wouldn’t even be necessary.