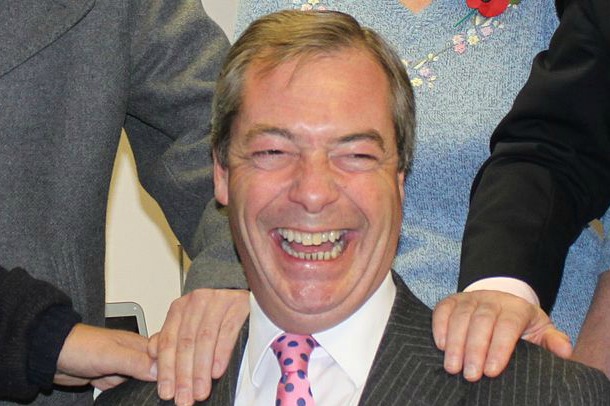 The Five Stages of Brexit Grief

Friday the 24th of June and 48% of the British electorate wakes up from a bad dream. Except it is  a bad dream that still hasn’t ended yet, and we’re starting to think that it’s not a dream at all. That we really have decided to break up with Europe. And  this particular conscious uncoupling is so traumatic, it almost feels like we’ve had a bad break up. Some of us are even going through a five step grieving process for our European romance.

This can’t be happening. Uh-uh. No way. Parliament can stop it, the referendum wasn’t legally binding after all, and Parliament is sovereign. That’s supposed to be what this whole damn vote was about, recovering Parliament’s sovereignty. Well they can go ahead and use it and stop the country from doing something so stupid.

Or if that fails there’s the online petition calling for a 2nd referendum. Look it’s got a million signatures already! 2 million now!! 3 million and it’s only lunchtime!!! I’m gonna  sign the thing, that’ll show Farage and his gang of rabble-rousers and faux-populists. But no way, no way is it over.

Brexit leaders Farage, Boris Johnson, and Michael Gove, have absolved themselves, or been absolved, of all responsibility for the country’s future post-Brexit. As actor Christoph Waltz so eloquently put it, the head rats have abandoned the stinking ship. All white, middle-aged, male rats of course. But what about us? I was going to study in Paris, sitting on pavement cafes dressed in a black turtle-neck and discussing Satre with the people at the next table. Now I’m stuck on a tiny, over-crowded island with Brexit Michael Gove and Nigel Farage.

The more I think about what my fellow citizens have done, the angrier I become. And seeing Nigel Farage’s smug, braying face splayed across my TV screen is enough to have me tear up my British passport and turn up on Europe’s doorstep begging her to take me back.

The bargaining stage seems to have afflicted the political class far more than us mere voters. Theresa May , favourite to be the nation’s next Prime Minister, has pledged to kick out those pesky Europeans who´ve lived here for a generation, if only  those nice Tory party members will just promote her to Prime Minister – without hassles like general elections  or anything of the sort. Michael Gove bargained away his friendship  with David Cameron, and then his pact with Boris Johnson for a shot at the top job. An ‘et tu brute’ moment that has not got down well with Conservative party faithful.

Labour meanwhile is  desperately trying to trade in their leader Jeremy Corbyn for, well, they don’t seem to be sure what. The party’s MPs want to dump Corbyn and his errr, popular policy ideas like re-nationalising the British train network, and replace him with someone like Angela Eagle , who supported the Iraq war.

Yet the real bargaining hasn’t even started yet. Despite being poked and prodded towards starting negotiations over just how Brexit is actually going to happen, Britain is steadfastly refusing to do anything. We know we want to leave, we just don’t know how. In fact the governing party is currently submerged in a leadership contest based around just how on earth it is going to extract the country from the EU. This two weeks after Britain voted to leave, which l eads us perfectly onto stage four.

For how could any Briton not be depressed at the sight of our leaders squabbling over how they’re going to conduct these historic negotiations that are far bigger than any of them could possibly be prepared for?

Throw in the explosion of racist attacks  and abuse as a result of the referendum result, the collapse of the pound, the uncertainty for Brits living abroad and Europeans in the UK and post-Brexit depression has well and truly set in.