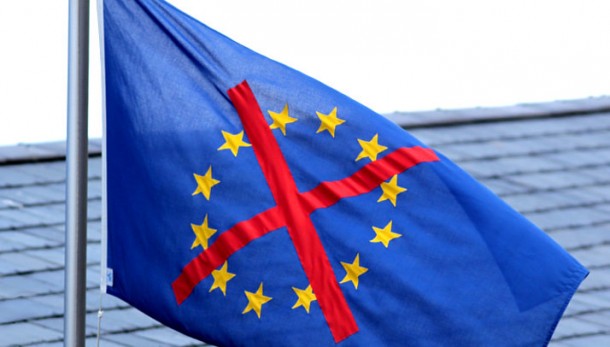 Despite Brexit, the EU Still Has a Long Term Future

Following the UK’s landmark decision to vote to quit the European Union last month, Eurosceptic politicians in other countries have seized upon the result to make the case for similar votes to be held on their respective memberships of the EU. Countries such as the Netherlands and France have seen parties resemblant of the UK Independence Party (UKIP) call for a plebiscite to be held on their EU membership. Notwithstanding these demands from such parties, it does not appear that the end is in sight for the EU.

In the Netherlands, Geert Wilders’ Dutch Party for Freedom (PVV) proposes to hold a referendum on EU membership if successful in next year’s general election. Wilders welcomed the result of the UK’s vote, describing it as an “enormous victory” and declaring that Britain had “regained national sovereignty.” He described the EU as being a “totalitarian, soviet-like institution,” and argued that it is necessary to “stop all immigration from Islamic countries and start de-islamizing.”

While currently only the fifth biggest party in the Dutch parliament with 12 members, PVV has had a degree of electoral success considering that the party was only established by Wilders 10 years ago. Such anti-immigrant rhetoric echoes that of UKIP and suggests that there could be some demand for a “Nexit” to become the next stage in European disintegration. However, PVV only enjoy around 20% support in most polls  and therefore it seems unlikely that at this stage they possess the necessary electoral support to achieve such a feat.

The Front National (FN) in France, fronted by Marine Le Pen, is another such populist party  that wishes France to stage an In/Out referendum on EU membership. Le Pen previously came third in the 2012 presidential election and is again standing in 2017 in the hope of gaining power with the aim of staging such a referendum. FN has enjoyed some support in recent French elections. Le Pen described the UK’s decision  as a “day of joy,” and noted that “this gives us additional legitimacy to carry forward this same debate in France.”

While Euroscepticism and the FN do appear to be on the rise , Le Pen will face great difficulty in staging a similar vote in France. Having performed well in the first round of regional elections last year, they failed to win a single region in the second round of voting . Even within her own party, there is a general acceptance that she will not win the presidency next year, and an opinion poll since Brexit has shown that while people may distrust the EU, there is not widespread French support for a “Frexit”, with 45% stating support for membership and 33% opposed, while 22% were undecided. It seems that while the FN have tapped into similar disillusionment with mainstream politics and immigration that UKIP capitalised on in the UK with a limited degree of success, there is not sufficient concrete support for France leaving the EU in the foreseeable future.

Advocates of European integration such as the Union of European Federalists (UEF)  have called on a Europe-wide response to Brexit to fend off the threat of euroscepticism. Following the result, the UEF released a statement arguing that “Member States should stick together and visibly demonstrate their commitment to European integration. Solemn declarations  or symbolic gestures will not be enough. A comprehensive initiative to relaunch deeper political integration is urgent.” While it remains to be seen if and how such an initiative will materialise, it appears important for the EU’s future that relations between EU and member states are improved by way of setting up joint ministerial councils comprised of members from both the European Parliament and National Parliaments, who can establish effective working relationships and be seen to maximise the benefits of EU membership for all member states. Clearly there is disaffection with many aspects of the EU, as reflected in the emergence of parties such as FN and PVV, but for the time being it appears that Brexit will not trigger its imminent break-up.  With this in mind, action such as formation of the aforementioned joint ministerial councils is required  in order to safeguard its long term future as a stable and functioning union.