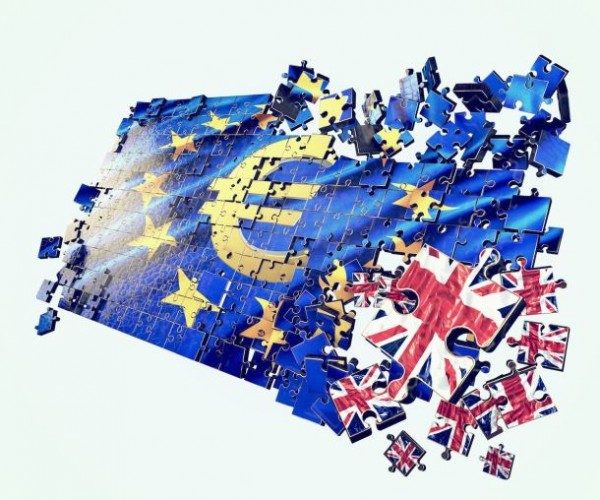 A Potential Brexit’s Impact on Europe

“Brexit”: an abbreviation of “British Exit”, referring to Britain’s possible withdrawal from the European Union.  The consequences of such a Brexit have been extensively debated in terms of costs and benefits to the United Kingdom. According to an Open Europe study the best case scenario would be a 1.6% rise in GDP for the country by 2030, as opposed to a potential GDP decline of 2.2% as a worst case scenario. Predictions on GDP fluctuations, however, vary greatly – a 14% loss has even been estimated by the German think tank Bertelsmann Stiftung. British voters and politicians alike must take factors such as immigration, welfare, and education into consideration when evaluating a new EU deal and making the choice between a Yes and a No vote. What a majority of UK citizens will fail to consider, however, is the impact of a British exit from the EU on continental Europe.

One of the main issues facing the EU as a whole is loss of influence in international affairs. Some predict a Brexit would harm the United Kingdom’s reputation the most. According to Ivo Daalder, former US ambassador to NATO:

“the idea that the UK could have influence in the world outside of the EU is risible”.

However, with the UK as a major player in foreign policy and international trade deals, the European Union itself is likely to lose political status and influence. Britain’s exit could be a humiliation for its fellow members and could fuel further Euroscepticism within the Union, thus threatening its very existence. Of course, this last scenario is almost impossible – but it is certain that the EU’s reputation would suffer in some form. 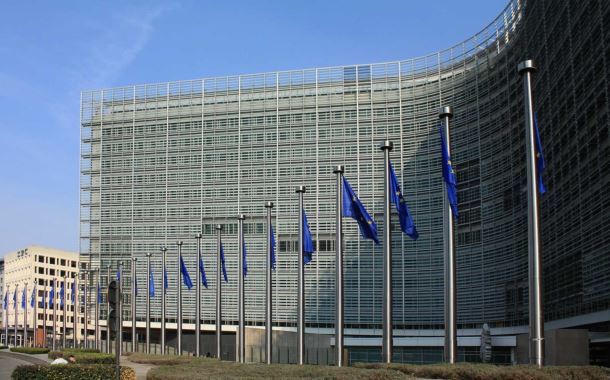 With aggressive “über-nationalist” rhetoric from UKIP and talk of controlling the nation’s borders from all parties, it is no surprise that immigration is a key point in the debate. The effect of tighter border controls and the loss of free movement within Europe would have disproportionate effects on poor EU countries. A middle-class citizen from France or Luxembourg would have little trouble in affording a VISA to enter a non-EU Britain; however, a worker from Bulgaria would have greater difficulties. This would allow the UK to indirectly cherry-pick immigrants based on nationality and economic status – an attitude which has widely been criticised.

Were Brexit to come true, would UK citizens residing abroad be subjected to strict integration rules or be required to move back? Should continental Europeans in Britain fear for their work permits and livelihoods? Belgians, Germans, and Italians who have lived and worked in the UK for decades now face issues with deportation and benefits. And although the EU has largely been blamed for the influx of migrants into Britain, only 292,000 out of 624,000 immigrants in 2014 came from within the Union. The UK has also declared new EU plans to distribute refugees equally among member countries as “unacceptable”, demonstrating its rigid attitude toward immigration and proving that severing ties with continental Europe is unlikely to trigger radical changes.

“We have a proud tradition of protecting refugees. We’re not living up to it. It’s extremely disappointing.” Anna Musgrave, Refugee Council advocacy manager

Currently, UK and EU citizens pay up to £9,000 for a bachelor’s degree as opposed to the maximum overseas rate of £35,000.  If EU fees were to increase, there would be a significant decline in European students in Britain. The quality of education is also likely to suffer; universities claim EU membership has had “overwhelmingly positive” effects in terms of student and staff diversity, job creation, and funding.

“I worry what an exit from the EU will mean for scientific research in this country. Science in the UK is exceptional. This is made possible by the great level of funding UK researchers receive from EU sources – funding that exceeds the proportion of the UK’s contribution to the EU budget. A considerable number of these UK researchers are in fact themselves immigrants from the EU and beyond. Science thrives from the free exchange of ideas, funds, and people.” Dr Dietrich Schwarzkopf, UCL Experimental Psychology Research Fellow

The UK and France are often considered the leaders of common European defence; would a Brexit therefore end military cooperation within the EU? Theoretically, no. NATO and Europe’s Common Security and Defence Policy (CSDP) would still exist. However, European defence as a whole would suffer.

“[Brexit] deprives the EU of at least a potential leader, a potential key player in the development and strengthening of the EU’s comprehensive approach, which fits so well with key British foreign policy aims such as preventing conflict.” Karen E. Smith, LSE European Foreign Policy Unit

In economic terms, some foreign companies would see an independent Britain as less attractive and so invest elsewhere – perhaps stimulating growth in other European countries. However, the loss of Britain as a major EU trade partner would cause economic fragmentation and raise the overall cost of business. And although a Brexit would hurt the UK itself the most, “everyone involved would lose economically and politically”. Each member country would contribute more to the EU budget to make up for the loss of UK contributions; this would cost Germany an extra yearly €2.5b. 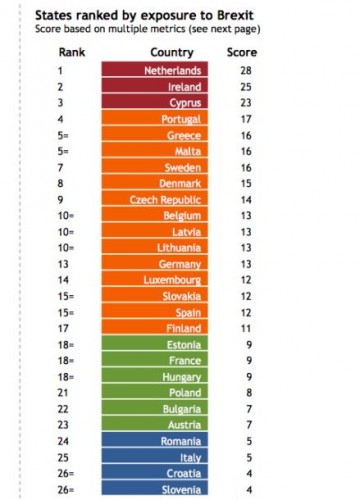 The economic risk would vary among different EU countries. The Global Counsel predicts the Netherlands and Cyprus are the most exposed due to their strong trade and financial links with Britain. Germany, Sweden, and Spain are classed as having “significant exposure”; France and Bulgaria are amongst those with “niche exposure”, while Italy and Romania have “low exposure” to the risks of “Brexit”. Regardless of varying levels of economic risk for specific countries, Britain’s withdrawal from the EU would unquestionably shift power dynamics in the continent and its effects would be felt not only within the UK but worldwide.