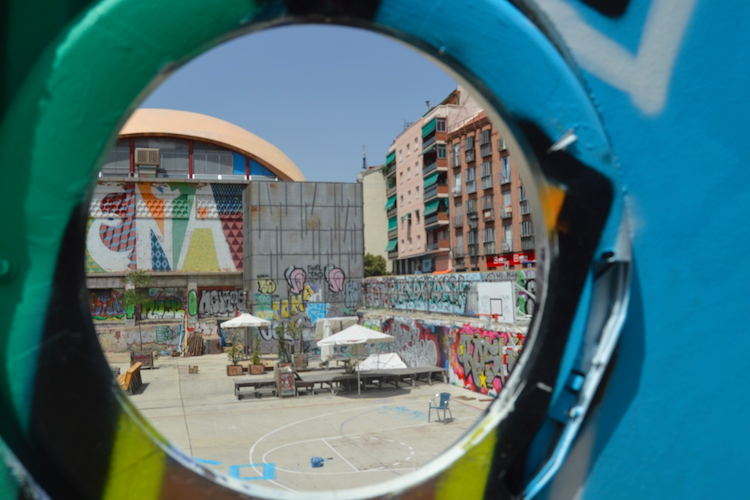 Graffiti: An Up and Coming Attraction of Madrid, Spain

From the graffiti signatures on Calle Juan Bravo to the large murals along the pathways of Lavapies, street art is ever-present throughout Madrid. For years, museums have a main component of the city’s art scene. Art-loving tourists went to upscale museums and galleries to get their fix of Madrid’s fine arts. Meanwhile, graffiti was viewed as a form of vandalism that was ignored by locals.

More recently, street art has grown in popularity. Despite its being illegal in Madrid, it is becoming as well-liked as artwork in museums. However, there are several locals of Madrid who still consider graffiti to be vandalistic. As a fan of the art form myself, I believe that young tourists visiting Madrid will find value in the city’s graffiti, as it is easily accessible, thought-provoking, and free. 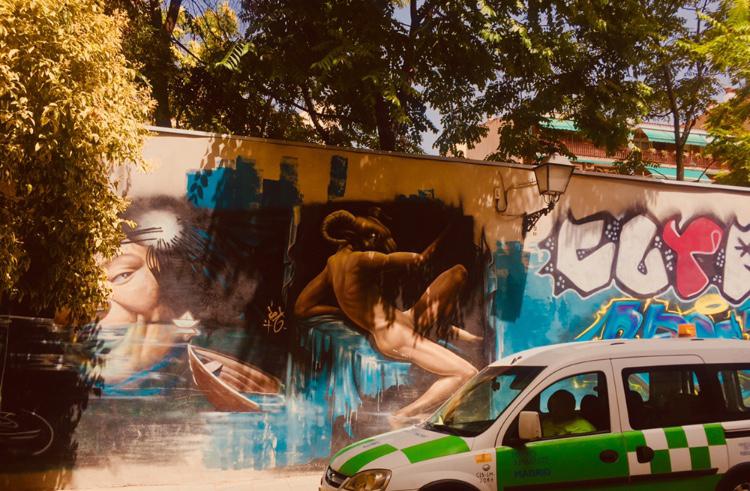 As locals have become more open to graffiti, the neighborhoods Lavapies, Plaza de la Cebada and Malasaña have become popular for the vibrant graffiti that covers their walkways, stores, restaurants and parks. Locals of these areas have slowly grown to love the art. In Lavapies, La Tabacalera de Lavapies, is a cultural center in the neighborhood where graffiti artists and their fans congregate. This location is covered in street art that intrigued tourists would appreciate. One new fan of graffiti, Jaquelyn, explains that she recently began to see it as “beautiful and valuable”. Her friend, Omar, remarks “It is art because I like it. If someone likes it, it can be art”. Several others in the center had similar comments, suggesting that art is whatever someone wants it to be. They believe that graffiti’s accessibility to everyone makes it a valuable form of art.

Carlos Irijalba had a similar opinion. He is a Spanish sculptor, photographer and videographer with lots of work in galleries in Madrid, and believes that the art community of Madrid has expanded its definitions of art in recent years, thus allowing themselves to become more accepting. Is graffiti or museum art more popular in Madrid? He replies by saying that although museums have a higher status, there is value to be found in graffiti’s accessibility. “It happens while you’re existing through the streets. I don’t think that’s bad, that’s one of the characteristics of street art… it is not asking permission to be seen, it’s there. It’s taking place.” 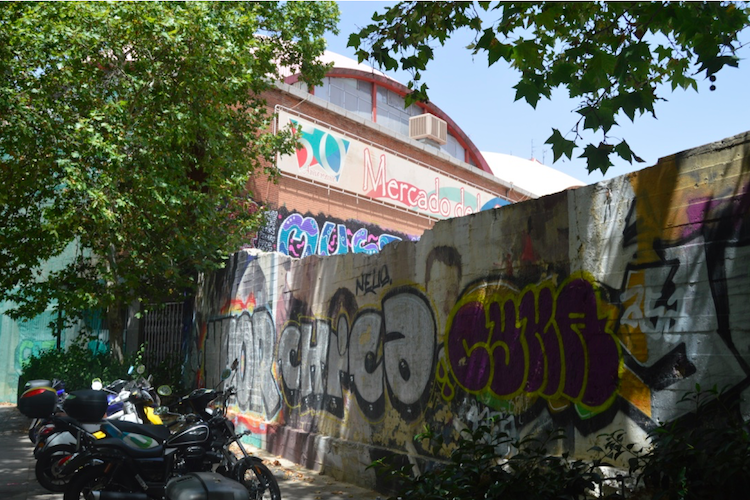 Bolivian street artist, Guto Ajayu, takes a slightly different stance. He believes that while locals have begun to take it more seriously, they still struggle to view it as a legitimate practice of art. When asked if he thinks that perceptions towards street art are changing, he replied, “It depends where they see the piece itself. If they see it [on] a wall, it’s trash. If they see it in a gallery, in a house, or in a museum, it’s art….because nobody is giving value to that piece, so if you don’t give value to something, the people will not believe that it has value.” I have found truth in Ajayu’s statement. As I took pictures of graffiti art in public, none of the locals ever stopped to appreciate it. Many people still fail to see its beauty. 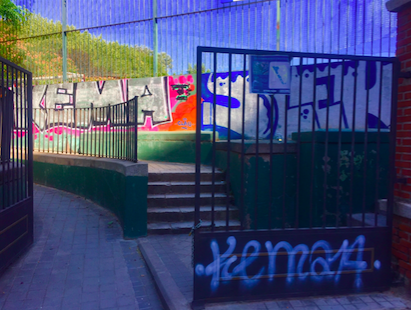 I came across two young locals of Lavapies who disliked graffiti. “It is ugly,” One teenage girl says. She then points to a spray painting of a devil’s face and complains, “There’s no need for it to be here, why is it here?”. A second girl, Carmen, believes that “not all of it” is pretty.

Although he thinks many people do not know how to fully appreciate street art in public, Guto Ajayu still sings its praises. He, himself, is a street artist worth appreciating. He uses graffiti as a form of rebellion against the elite. When asked what originally inspired him to do graffiti, he gave me a bold stare and replied, “Basically, the transgression. I have a problem with authority. I always have…” He uses happy, expressive faces to convey positive emotions, and enjoys taking traditional figures from Latin American history and recreating them into an image that is relevant to modern-day society.

For example, one of his latest pieces “Ekeko”, is a painting on a door depicting Ekeko, the Tiwanakan, god of joy and abundance. The god is a short and stocky figurine with a large smile. Guto adds a modern and personal spin to this image by covering him in symbols such as hashtags, ice cream cones, swirls, and smiley faces. 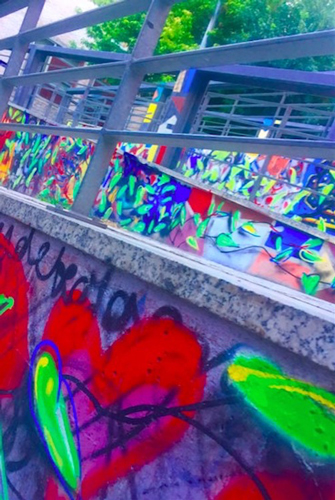 Positivity, social media and the tribute to Latin American figures are three trends throughout Guto Ajayu’s work that artists and art-lovers who visit Madrid would greatly appreciate. His work can be found throughout the neighborhood of Lavapies, specifically in La Tabacalera de Lavapies.

As a tourist coming to Madrid, it will certainly be worth your while to appreciate the graffiti that adorns the city. Although many locals still don’t appreciate it, the art form has allowed several locals to broaden their perspectives on the definition of art and can do the same for you.