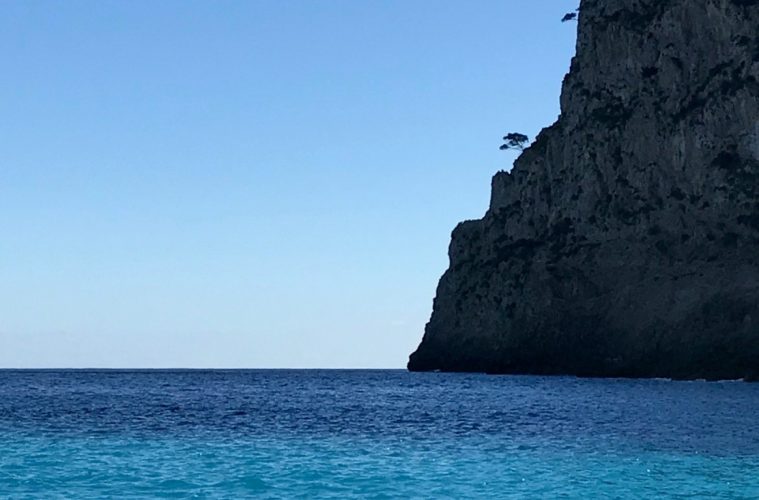 Turquoise Waters off the Coast of Mallorca | María Gómez

Mallorca: A Place You Cannot Miss

You never know which place, of all those you are going to visit that will become the trip of a lifetime. We choose destiny motivated by the needs that we have in each moment, by our state of mind.

When I made my plans for the next trip I never thought of Mallorca, I never gave it a chance. I could not be more wrong.

A few months ago the circumstances changed. Immersed in a time of transition in my life and without knowing what my next step would be, one of my best friends encouraged me to visit the island.

It would be there for only 72 hours. Flying over the Mediterranean Sea for a few hours, changing the scene, and trying to enjoy the most during those three days doing things that are usually difficult to do due to the lack of time and the stress of daily life.

I did not have an established plan. I only knew that one Friday I would fly early from Barcelona and that I will return the following Monday. I carried a suitcase with very few things, the essential one to spend a few days of summer, and an open mind to new experiences. I did not even know then where I would stay.

When I arrived in Palma de Mallorca I asked a group of tourists that I found at the airport, in what part of the island they had stayed. -“In the Bay of Alcudia”- they answered me. Thus, I focused on the destiny of the adventure. At the information point they gave me the necessary information to go there and, on the bus ride, I contacted the owners of what would be my accommodation in the bay of Alcudia, a beautiful villa on the beachfront of Son Serra de la Marina, with views of the sea and the entire Sierra de Levante natural park.

Son Serra de la Marina is a picturesque village that is located right in the heart of the Bay of Alcudia, a few kilometers from other nearby towns such as Alcudia, Can Picafort, Muro or Colonia de Sant Pere. Strolling through its endless beaches or skirting the coastline along the trails of the Sierra de Levante already make the experience in something unique.

To reach the Sierra de Levante, it is necessary to go by car to the neighboring town of Betlem, from where, on the outskirts, there is a path lined with the most diverse varieties of trees and plants. The beauty of the Sierra de Levante is only comparable, said by locals, with the Sierra de Tramuntana, the other great mountain range of the island. It is a walk of about two hours, but the views of the sea from the heights, the contemplation of the sea exploding on the cliffs and the noise of the waves manage to overwhelm you in such a way that it is difficult to wake up from what seems like a dream. 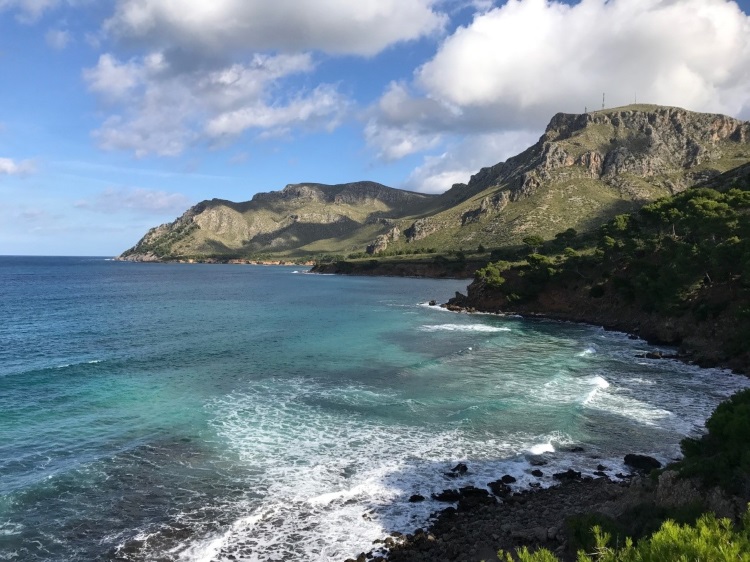 From the beginning I knew that I would miss days of travel. The island had completely taken over my state of mind, there were no regrets or uncertainties and everything there seemed much easier. But time was against me and I had to decide where to go, what to see and how to do it. And it was like that when it occurred to me, why not seeing it from the sea? 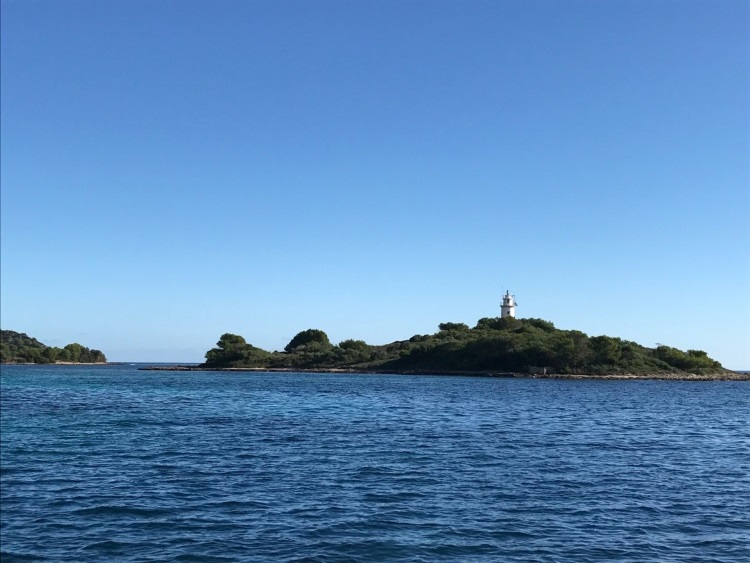 Off the coast of Mallorca | María Gómez

The port of Can Picafort is one of the most important in the Bay of Alcudia. Being right in the middle of the Bay, the alternatives to discover the best places of the same one of a faster way, they multiplied traveling by boat. In Can Picafort I decided to rent a boat with a captain in Alcudia boat rental  for my second day of travel in Mallorca. And now I know I was not wrong. 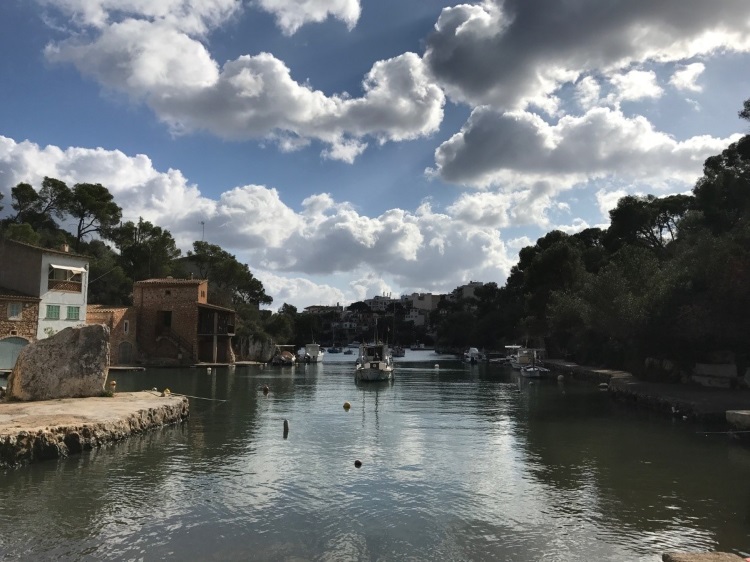 Port  of Can Picafort | María Gómez

I had never had the opportunity to travel by boat before, at least in one for myself. The feeling of absolute freedom and emotion is indescribable. The mixture of sun and wind on my face gave me a feeling of such well-being that I was led to believe that I was almost invincible. Leaving the port, you could see the towns of Muro and Alcudia beaches. A little further north, Pollensa and to end the morning, mandatory stop at the Formentor beach and CalaFiguera. According to the captain, Formentor beach is one of the most visited by tourists throughout the years, which is not surprising. Its transparent and calm turquoise waters are ideal to relax taking a bath or simply contemplating the nature that surrounds you. 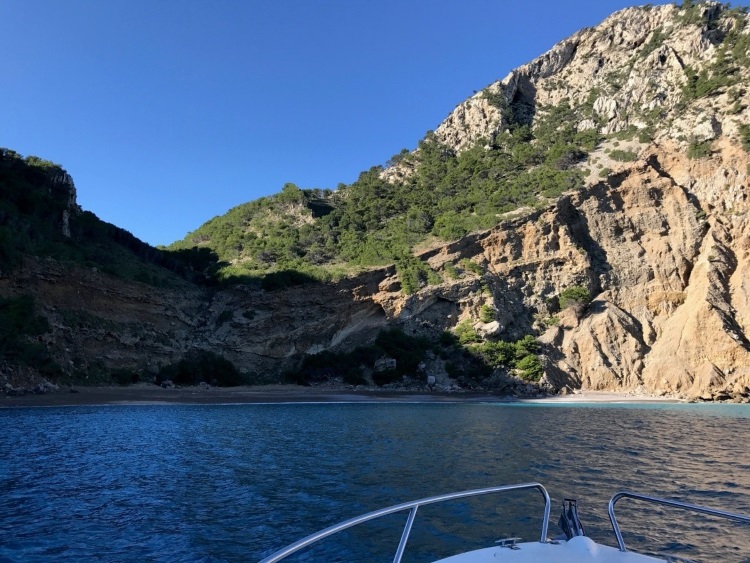 The afternoon went to the other end of the Bay, towards Cabo Farrutx and Cala Ratjada. It seems that these two places have been gaining fame over the years and they are increasingly visited also by the opportunity offered to combine a few days of resting between nature and sea, being points close to the Sierra de Levante. On the way there were many deserted coves that we saw, I cannot fail to mention Es Calo, with its abandoned port of the forties and where you have the feeling of sailing in a pool, because of the tranquility of its waters. However, the most impressive part of the trip was contemplating the sunset. The sunsets always make me feel a sensation of magic and there, surrounded by water, nature and tranquility that magic turned into pure energy. 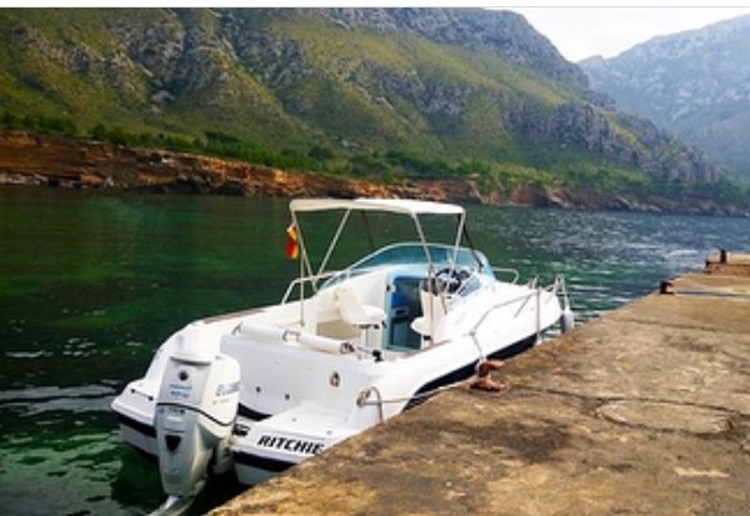 But not everything could be traveling and relaxation. The island offered a wide gastronomic offer and I did not intend to miss it. There are many restaurants and places in Son Serra, such as Bar Sol or El Mollet, but it was, without a doubt, the Sis Pins Restaurant my favorite in those days. In fact, maybe that’s where I tried the best paella of my life. Its owners, extremely friendly, manage to transmit the pure essence of the island in all their dishes. 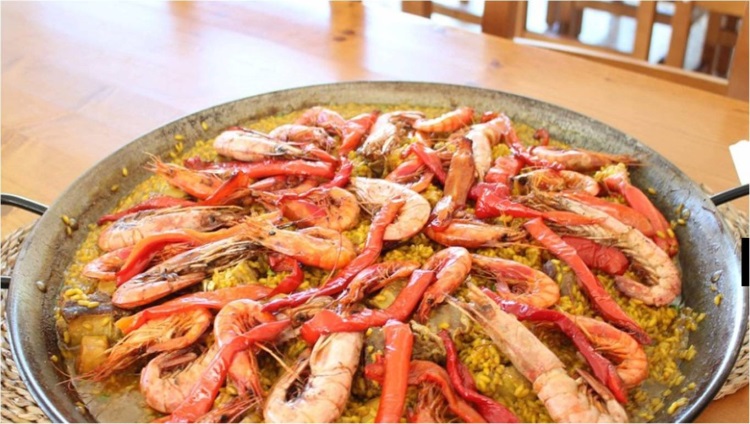 At night, my great discovery was Ponderosa Beach, due to its mix of tradition and modernity. Its specialties range from traditional cuisine to fusion dishes with a marked Asian influence. But the best, without a doubt, it is its open concept, not in all the restaurants in the area you can have dinner in the same sand while you are listening to live music.

That night, I will not forget it, “Doble Corda” was playing live, double string in English. It was a musical duet composed of a harp and a violin. Regardless of whether one enjoys instrumental music more or less, what is clear is that they did not leave me indifferent. It was a surprise to hear them. I do not think the moment would have been so perfect without them there, accompanying us with their music.

My last day of travel I had to dedicate to the capital, Palma de Mallorca. I could not leave the island without visiting it. I always liked History and, in Palma, one can transport oneself to practically all the eras that are known. You can visit from remains of ancient times to buildings that have reached our days in a state of perfect conservation. The mixture of cultures that have coexisted on the island over the centuries, it is still present in the architecture of the city.

These are the visits I made that day that I consider essential to do:

My comments on this last day, in terms of gastronomy, are for the Vandal restaurant Palma. High cuisine fusion available to all visitors who enjoy the pleasure of trying unique dishes that allow you to travel, thanks to its flavors and textures, all over the world. 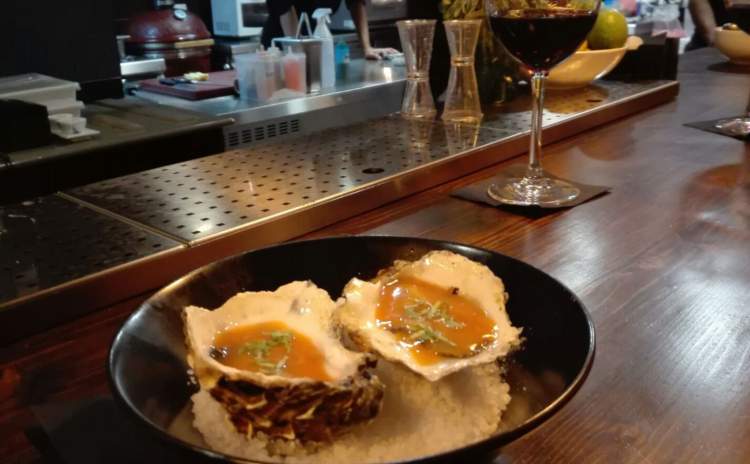 In conclusion, I can only say that, sometimes, the unexpected is where the best things come from. Traveling to Mallorca was not only a before and after, it was possibly the best turning point possible. It is impossible to be there and not feel part of the island, of the life that its streets give off, of the history that its cities tell, of the opening to the rest of the world through the fusion of its typical dishes with new flavors brought from more beyond the sea and, above all, the most difficult thing is to disconnect yourself from its nature, its mountains and its sea. A sea whose reflections will always stay with me.