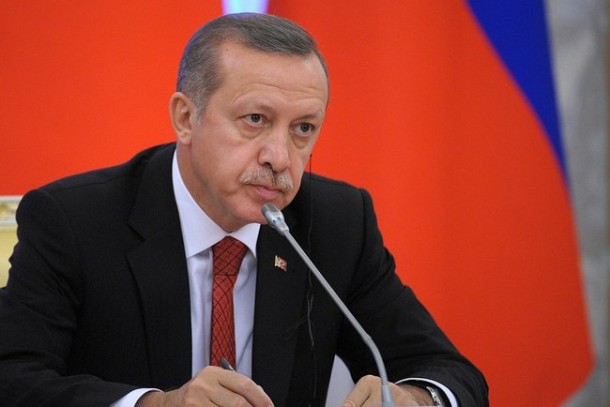 Securing Rule of Law and Freedom of Expression in Turkey

With a population of over 77 million people, a growing economy and a unique geo-strategic position, Turkey is a vital partner for most European countries. Sadly, it is also known for its problematic stance regarding freedom of expression.

At the end of 2013, Turkey had the highest number of journalists behind bars anywhere in the world.

According to the 2015 Report of Freedom House, the conditions for media freedom in the country continue to deteriorate. Turkish political authorities have been prone to block access to media, as they did in March 2015 blocking Twitter and YouTube (a ban which lasted around two weeks and two months, respectively). Turkey also was the country to make more content removal requests on Twitter in 2014. The number further increased in 2015.

An important decision came from the European Court of Human Rights this month, which held that there had been a violation of Article 10 of the European Convention on Human Rights on the occasion of Turkish blocking of access to YouTube from May 2008 to October  2010. The Court recognized the importance of the media as a mean to exchange and receive information and ideas, and it also found no provision in Turkish law allowing the domestic courts to impose a blanket blocking access order to the Internet.

Turkish legislation, however, has since been changed. The government enacted new laws expanding the surveillance capability of the National Intelligence Organization (MIT), granting it the ability to access any personal data without a court order. The power of the Telecommunication Authority (TIB) has been expanded as well.

Article 301 of the Turkish penal code, which regards the crime of denigration of the Turkish nation, can be used to punish journalists discussing the division of Cyprus and the Armenian genocide, or criticizing the security forces. Editors, publishers and writers face criminal proceedings also under other legal fetters, such as the anti-terror measures.

Few of those prosecuted receive convictions. The trials, however, are slow and expensive, and pre-trial detention may last years. According to the Committee to Protect Journalists (CPJ), there were seven journalists in prison at the end of 2014. The independent Turkish press agency Bianet states that 22 journalists have been charged under Article 301 of the Turkish Penal Code, as of December 2014.

Journalists, however, do also face other threats. They may be subjected to direct political pressure for critical reporting on the government, or to physical harassment and intimidation. 339 people working in the media were dismissed or forced to resign in 2014, Bianet says, while more than 140 journalists were subjected to some form of attack.

Prime Minister Ahmet Davutoǧlu, who formed its third cabinet on November 24, 2015, expressed his concern for the freedom of speech, stating that freedom of the press and intellectual freedom are redlines to him.

Latest news from Instanbul court, however, do not leave so much space to optimism. Can Dundar and Erdem Gul, two journalists from the opposition Cumhuriyet newspaper, face lengthy jail sentences for alleging that Turkish secret services sent arms to Islamist rebels in Syria.

Turkish society wishes for – and deserve – an easing of tension, “a return to the natural life rhythm, where peace rules rather than terror” – as the Head of Turkish Industry and Business Association (TÜSİAD), [the top business organization in the country],  Cansen Başaran–Symes, said at a conference in on Thursday 3 December, 2015.

She noted that the Turkish society has been overwhelmed and tensed, adding the normalization of the country and politics was crucial.

“In order to be able to maintain social peace, we need to close our deficiencies in the rule of law, the independence of the courts and the right to fair trial immediately. This process needs to start now. There is a Judicial Reform Strategy in our hands that needs to be realized… In addition to this, the extension of liberties through the adaptation of several international agreements about basic rights and freedoms into our local law, and the definition of ‘freedom of expression and media freedom as a red line’ are of great importance, and in need of urgent reform”.