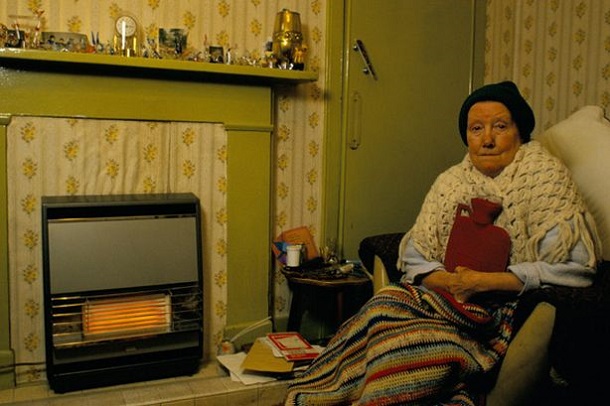 Fuel Poverty Affects One in 7 Households in Europe

The winter season has begun, the air got colder, the weather more humid and everybody just wants to stay inside and enjoy the warmth and the comfort of their homes. But for many people all over the EU the idea of sitting down with the entire family in front of the fireplace might be more of a necessity rather than a fun winter experience. Both electricity and natural gas prices have increased significantly over the course of the last decade, leaving many to face fuel costs that they cannot afford and falling into fuel poverty.

It is hard to understand exactly how much the price of heating varies between countries because different households heat their home in different ways. In some countries houses are more likely to be heated with natural gas, other places rely solely on electricity and in most situations households use both methods to keep warm.

According to Eurostat data, natural gas is generally cheaper than electricity and therefore most households in colder climates use this heating method. The prices for this resource vary greatly from country to country, with Sweden, Portugal, Spain, Italy and Denmark topping the list and paying between 9 and 11 cents per kWh (EU average: 0.7€ per kWh). When it comes to electricity, Cyprus, Malta, Italy, Germany and the UK paying as much as 8 cents above average (EU: between 0.15 and 0.19 per kWh) and rank as the most expensive countries in the Union in that order.

But energy costs are not necessarily the only contributing factor to fuel poverty, in fact the quantity of fuel consumed is a much more incidental on the overall cost. Households located in colder climates generally consume more energy and therefore tend to need a higher proportion of the income to cover for the expenses. Moreover, the level of house insulation has a big impact on energy consumption, since well-insulated walls keep the energy from dispersing in the surrounding environment. As a consequence the place will keep warm for a longer period of time.

One of the countries where heating costs have become more than problematic is the United Kingdom, where it is estimated that fuel poverty claimed as many as 15,000 lives between December 2014 and March 2015. According to the figures released by The Energy Bill Revolution in collaboration with the Association for the Conservation of Energy, the number of excess winter deaths last year was about 40,260, that is to say 27,830 more deaths than the average of the past five years, a spike of 77%. The phenomenon has been described as “a tragedy for the elderly” since most of the victims are over the age of 65.

One of the reason for this dramatic increase might be the particularly harsh temperatures that stroke the country during the past cold season. At the same time, as many as 14.3 million UK residents (about 23% of the population) reported being forced to switch off the heating at least one time over the course of the past winter, making fuel poverty a very real issue within the British society.

Many argue that the rise in the costs of electricity was caused by the shift in electricity production towards green energy. But with one of the highest pro-capita salary in the EU the fact that UK energy prices are marginally above average cannot be the only reason why the phenomenon is happening with this severity. Obsolete housing structures combined with the almost complete absence of district heating, which is used in many other cold climates to limit energy waste in residential areas, are probably much more relevant factors.

When it comes to the rest of Europe, fuel poverty might affect as many as 125 million people. A study released in 2014 by the Buildings Performance Institute Europe (BPIE) shows that many eastern European states such as Hungary, Bulgaria, Latvia, Slovenia, Romania and Croatia are often unable to heat their homes properly. But the states that tops the list is actually Cyprus where about 50% of the households have been found to suffer from fuel poverty due to the high costs of energy and the low GDP per capita.