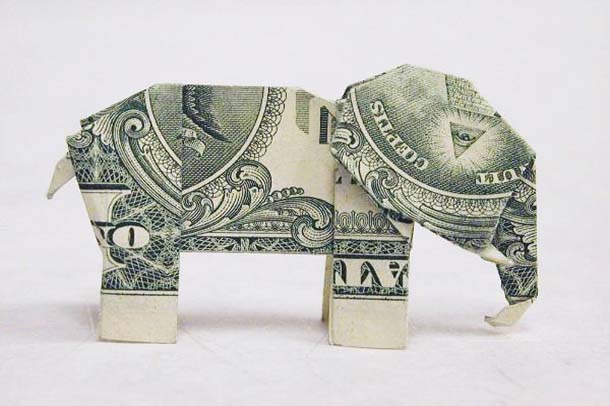 Universal Basic income is a guaranteed payment given to all citizens regardless of income, status or wealth. Even though in June 2016, Switzerland overwhelmingly rejected UBI in a referendum with only 22% voting for it, UBI has been winning support from both politicians and the public in the last few years. A poll found two thirds of the British public in support of it, and the Labour Party (the current opposition party) Shadow Chancellor said the next Labour manifesto could include a pilot scheme to test it.

Governments in Finland and Holland are also considering trials in specific communities, and it has been Green Party policy in the UK for 30 years too. In Spain, the rising Podemos party included it as part of it’s electoral program before elections in December 2015.

What could the benefits be?

A UBI scheme carried out since 2010 in Madhya Pradesh, India, giving 6,000 men, women and children monthly cash payments found a significant improvements in nutrition and health, an improvement in school attendance and performance, in economic activity, in quality of life for those with disabilities, and hugely significantly, an improvement in the independence and status of women.

Why do we need it?

With the gradual replacement of traditional labour with automated machines, the workforce is in gradual decline. A study from Oxford University predicts that 30% of all current jobs in the UK could be automated with 20 years. The contemporary argument for UBI is very much a response to these changes in the labour market. Jobs in factories, banks and offices are steadily falling, not forgetting the movement towards cheap labour abroad. Traditional welfare systems are not always best-equipped to respond to these changes.

How feasible is it?

A study in Ireland in 2012 found that, in order to implement UBI, a 45% (currently 20%) flat rate income tax would have to be introduced. The study found it would cost €36.18 billion euros.  To put this cost into perspective, total social welfare expenditure in Ireland 2016 will be €19.638 billion according to Citizens Information. That would take the total €55.81 billion.

What’s unique about UBI is that it is championed by some across the political spectrum; some on the right argue it could simplify benefits and reduce the size of the welfare state. Those on the left have claimed it could be a social equaliser, providing a much needed safety net while eliminating benefit eligibility tests.

Ed Miliband, former leader of the labour party in the UK, said,

“It [UBI] gives us much greater freedom in our lives, much great freedom to learn, to care for others, to work as well, but it provides a platform for people… from which people can build and make their own choices.”

“It allows us to improve the average standard of living, while compensating those that lose out.”

How much would citizens receive?

Authorities in Finland are considering giving its citizens €800 (£672) per month.  Anthony Painter, Director of the Royal Society of Arts in the UK, proposes a more modest figure of £333 per month for the UK;  calculated as an amount significant enough to make a difference to people’s lives, but certainly not enough to live on.  The research group PSE puts the current poverty line in the UK at £824 a month. The £333 falls way short of this.

Could it be done in the UK? 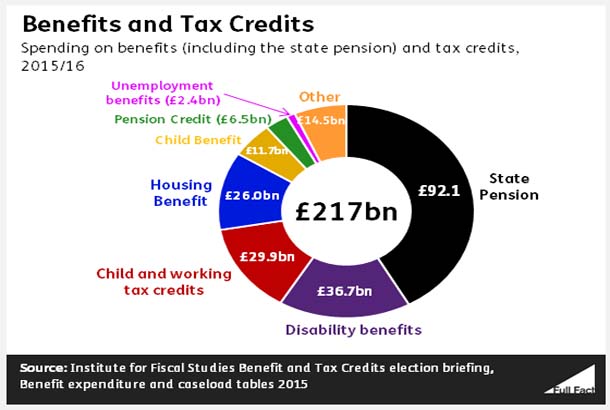 Benefits and Tax Credits shown above totalled £217 billion in 2015/2016. If this was used to pay 57 million British citizens UBI, each citizen could receive £317 a week (£3,807 per annum). However, this not only falls short even of the humble £4,000 put forward by Anthony Painter, but replacing the entire welfare system in the UK with UBI is far from a reality right now. For a start, scrapping benefits such as disability and housing benefits would certainly be met with hostility.

As Universal Basic Income still only exists as a theory, advocacy groups and politicians have yet to debate which benefits could remain alongside UBI. The answer is that it would be very difficult to implement UBI in the UK without raising taxes or seriously restructuring public finances and the current tax system over a period of time.

How else could we fund UBI?

Interestingly, in 2014 The Tax Justice Network estimated the tax gap (the gap between what was paid to HMRC, The UK’s tax collectors, and the total tax that should have been collected) was £119.4 billion. Add that to the £42.8 billion taken from some tax credits and benefits, and you’re almost there (£166.2 billion). A more robust tax collection policy could indeed help fund UBI, however trying to collect that tax would prove difficult. But one things for sure – all eyes will be on Finland and the Netherlands to see how well their UBI experiments go.