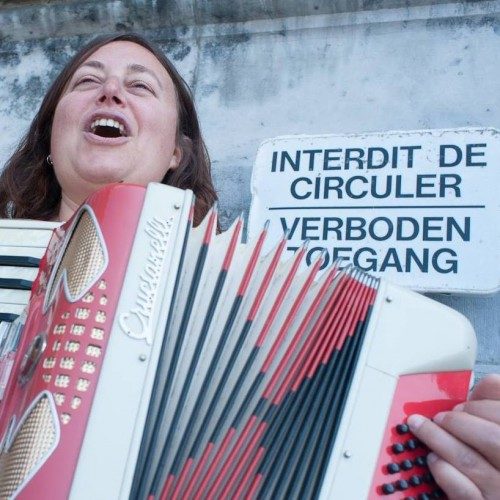 A big, disarming smile. A gift that belongs only to a few. Those who have come to terms with the nature of life – absurdity, and decided to live with enthusiasm and an uncommonly light touch. Silvia Guerra’s got one of these smiles.

Italian cabaret artist, born in Bologna in ’75, Silvia has traveled a lot around Europe. She first settled in France, where she gave birth to her baby. In 2010, they came to Belgium together. Since two years, she’s been challenging an expulsion order. Yes, a European national expelled from another EU country. No, she did nothing wrong. 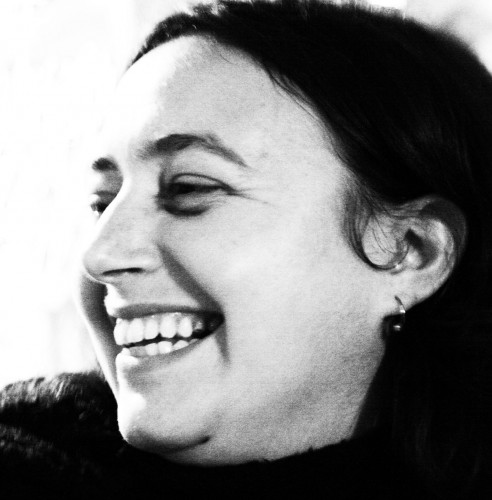 Silvia is one of the thousands of Europeans who took advantage of free movement in the EU and have been hit with an ordre de quitter le territoire. Many people have already heard or read about this and other similar cases. This is a quite recent but clear stance in Belgian governmental politics, based on a restrictive interpretation of a European directive dating back to 2004. Before 2010, only non-EU nationals were indiscriminately targeted by expulsion orders. Now she tells her story in an exhilarating theatre performance, “Une Charge Déraisonnable”. Her legal battle continues.

The measure applies indiscriminately to anyone who has been receiving unemployment benefit or social assistance for more than three months; those in the most precarious circumstances are thus affected by it. Italians, French, Romanians, Bulgarians, Spanish and Greeks are the most targeted nationalities. Workers in certain types of employment are also being targeted: in November 2013, when she received the expulsion order, Silvia was working for the Public Social Action Centre (CPAS), with a contract partly financed from the state. At the same time, her artistic career was taking off.

The stage is empty. Only four wooden chairs at the center of the stage, illuminated by a warm light. Ordinary chairs, as those she probably found in dozens of public offices, where she could sit and wait for her turn. Her turn to explain her story, provide documents, get other documents done, go to another office, answer the same questions, call the lawyer, come back and… hours, days, months, years. 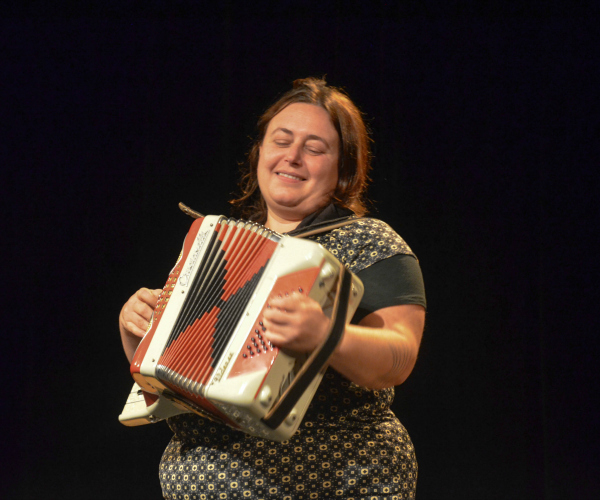 “I was shattered. It took me a lot of time and courage to explain everything to my family. It was really hard. I informed them that I was about to appeal against the decision and bring my case further… also with the media. My mother listened carefully. At the end she looked at me and said: – Ok Silvia, you must go to the hairdresser. Now! And… ooh, have a look at your shoes! Silvia, please, go buy a new pair of shoes – “.

On the ground, her red and white accordeon. Life definitely turned this musician into a comedian. She takes it and plays several times. The bureaucratic merry-go-round was a tragi-comedy. The administration didn’t know how to help her. The embassy didn’t know a thing about it.“Hey, I was received by the ambassador. Oh man, what an actor!”. That meeting was merely pomp and ceremony. Not an ordinary chair – she waited for him on a big comfy sofa. A lot of questions, he tried his best to show concern. “He even asked me how many people were in the same situation as me – the ambassador!” He then summarised his assessment: “Ah, unfortunately this is a political issue; and politics is a very, very complex thing”. 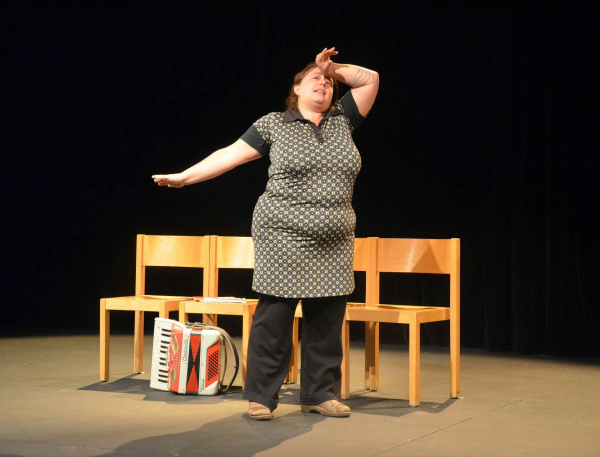 More and more people in need, less and less money for social spending: the direct consequence of austerity cuts, further exacerbating the economic crisis. Europe is sinking. In 2013, the Belgian Government withdrew residence permits from more than 2000 people. Many of them just left the country. In 2010, the number was 6 times lower. The instigator of this drastic increase is Maggie de Block, former secretary of state for migration and asylum policy. She is now minister of social affairs and health in the Michel government.

Tu t’énerves avec un saint du calendrier”. “You can get angry at whatever saint on the calendar”

As a child, she learnt this from a neighbour in Bologna, a “red” city since ever, deeply rooted in anti-clerical, progressive views. A bulwark of cultural resistance to the invasiveness of the Vatican. “One day, when you’ll have troubles, just go in front of the calendar, choose a saint and start getting angry at him. That will pass.”

Her situation was redressed a few months ago, albeit temporarily. Not justice, neither politics, nor the administration: she discovered by chance that she could have a new residence permit if she signed another type of work contract. Administratively, this meant starting again.

Meanwhile, she expects a response to her dossier from the Belgian authorities. She definitely wants it. The response is long in coming – they take their time. Following the exhaustion of all remedies against the decision at the national level, Silvia could bring the case to the European Court of Justice. The ECJ judgement would have much more political value and repercussions in the EU. It could also annul the expulsion order, giving back her past, her rights in Belgium prior to November 2013.

“Why didn’t you tell me that another type of work contract would have improved my situation?”, she asked the administrative department. “Well, Madam, be-because you’ve never asked us!”.