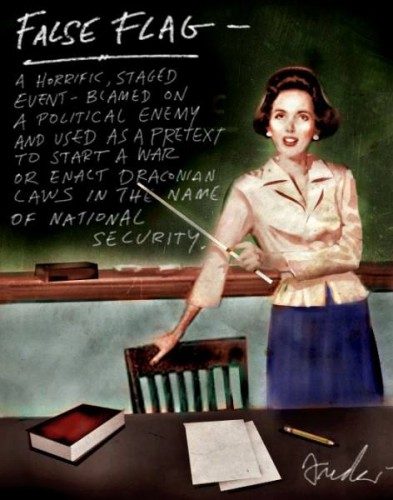 Power usually ignores dissident voices deviating from mainstream information credo. When they can’t be ignored, they are systematically dismissed as “conspiracy theorists”. This move allows the establishment to avoid in-depth discussions with those who raise fundamental concerns about economics, inequality and war. Traditional media play a major role in this game. In defining who are legitimate interlocutors and who are not, they make dispassionate and objective discussions about power relations impossible. The ultimate effect? Pushing more and more people away from reflexion and detailed analyses.

This is particularly clear when it comes to information about Syria. Since many years US and France have been supporting terrorists with arms and money in a clear anti-Assad stance. With the help of Turkey and Saudi Arabia, thousands of foreign fighters have entered Syrian territory and spread chaos and terror. Official media have enthusiastically promoted NATO countries’ propaganda on the existence of “moderate” rebel groups. The latter have been used to pursue NATO’s economic and political interests in the region.

Dan Glazerbrooke, political writer, author and columnist for The Guardian, the Independent, RT 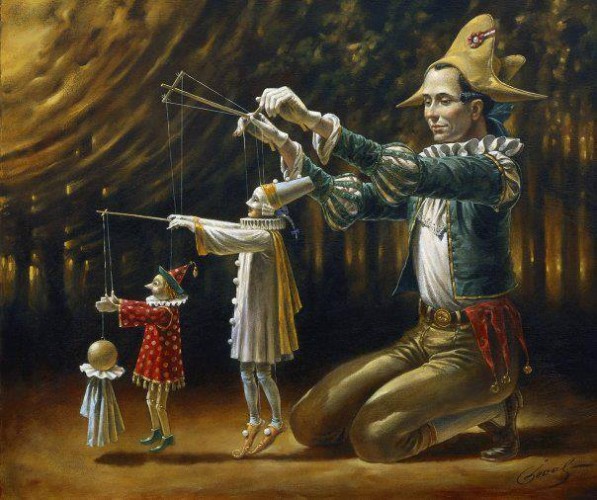 In his latest book “Je suis ou je ne suis pas Charlie”, the Belgian independent journalist Michel Collon retraces the origins of youth radicalisation in Europe. In his view, radicalised western youngster taking up the arms in Syria are the outcome of years of austerity measures and  NATO wars and propaganda. They act as “useful idiots” serving “strategies they do not understand”. The problem is that “United States know when and how it starts, but they never know when and how it ends.” The so-called chaos strategy is “the desperate solution of a declining superpower, thus even more dangerous”.

“US and EU economic sanctions as well as a severe embargo are pushing Syria to the edge of social collapse. Unfortunately the international media network is ignoring those realities and is bent on demonizing, lying, destabilizing the country and fuelling more violence and contradiction.”

Bachar has many opponents because of his brutal securitarian methods, but also many supporters. The armed rebellion has evolved significantly since its inception. What began as a civilian uprising against an autocratic ruler has mushroomed into a brutal proxy war that has drawn in regional and world powers. Secular moderates are now massively outnumbered by Islamists and jihadists. Syrian people demands reforms but reject war and all sorts of foreign interference. 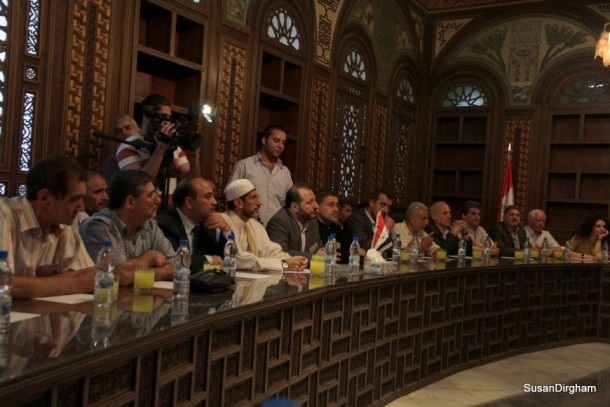 Both the Syrian government and the so-called “rebels” have in the past accused each other using chemical weapons. On August 21, 2013 a chemical attack with sarin gas took place against civilians in Ghouta, in the suburbs of Damas. Western public opinion has been convinced that Assad government is by all means responsible of these horrific events. However, there are no reliable proofs about government’s involvement. Quite the contrary.

In September 2013 Obama claimed to have the proofs of Assad’s responsibility for the attacks. A group of army veterans wrote to Obama that “CIA Director John Brennan is perpetrating a pre-Iraq-War-type fraud on members of Congress, the media, the public – and perhaps even you”.

In January 2014, the Massachusetts Istitute of Technology published a ballistic study on the Ghouta attacks. The findings contradict the claim by the Obama administration that the sarin attack has been perpetrated from a government-controlled area.

These Munitions Could Not Possibly Have Been Fired at East Ghouta from the “Heart”, or from the Eastern Edge, of the Syrian Government Controlled Area Shown in the Intelligence Map Published by the White House on August 30, 2013. This mistaken Intelligence Could Have Led to an Unjustified US Military Action Based on False Intelligence.

April 2014: the American investigative journalist Seymour Hersh accused Al-Nosra. According to him, US government knew that the terrorist group had the equipment and skills necessary for the manufacture of sarin. Another interesting effort to analyse evidence relating to the chemical attack in Ghouta is being done in this collective blog. These are just a few examples of ho difficult is to determine who’s responsible about what in theatres on war. We should all be aware of it.