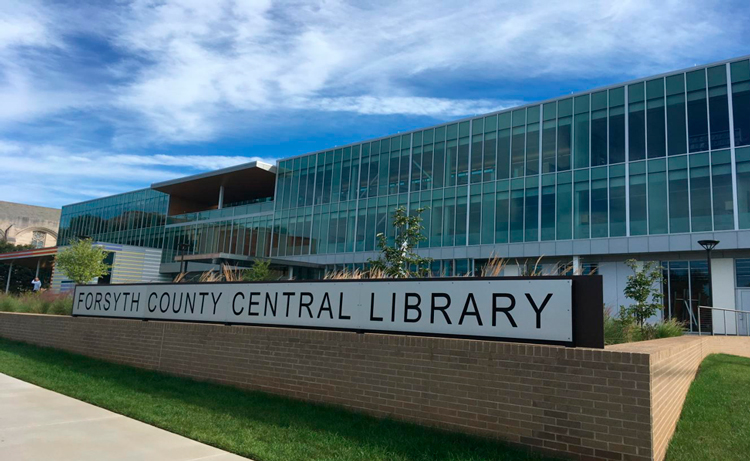 Central Library shut down back in 2014 due to being redesigned and has reopened on August 2017. Central Library looks great, futuristic, and very modern for the public.

Billy King is the new manager of Central Library located in Winston Salem NC. Billy has been a supervisor for 15 years and been in the library industry for 43 years. As Billy begins to shares his opinions and views about the library.

I understand you are the manager of Central Library. What made you decide to want this position? What did it take for you to get this far? 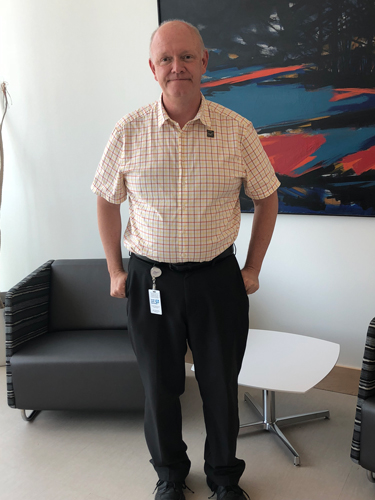 I had been a supervisor of the periodicals department and then the North Carolina Room at Central Library for over 15 years and when the opportunity to manage the entire library came up I decided to apply for the promotion. Besides those two departments I had also worked in the circulation and the information services departments of the library so I thought I had a good sense of how the entire library worked. I had even filled in a few times in the Children’s Room and in Teen Central when they were short staffed.

For how long have you been working in the library industry?

I have been with Forsyth County Public Library for 18 years. Previously I worked at the State Library of North Carolina in Raleigh for ten years.

Do you like what you do? What are your favorite responsibilities? 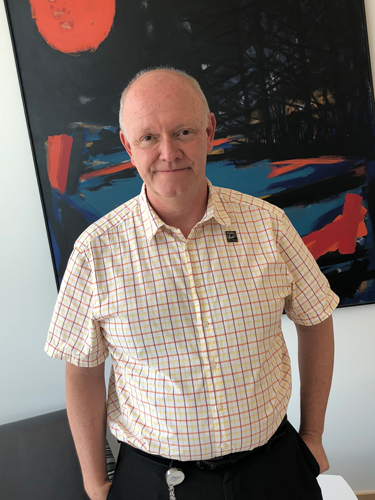 I enjoy working with a diverse group of people who are dedicated to providing valuable services to the public. The public comes to the library because they want to not because they have to and our staff spends their whole day providing materials and services to meet the public’s needs. My favorite responsibility is promoting the different departments and the staff that runs them and helping them succeed in their jobs.

Why do you think it’s great to have a more futuristic/modern library? 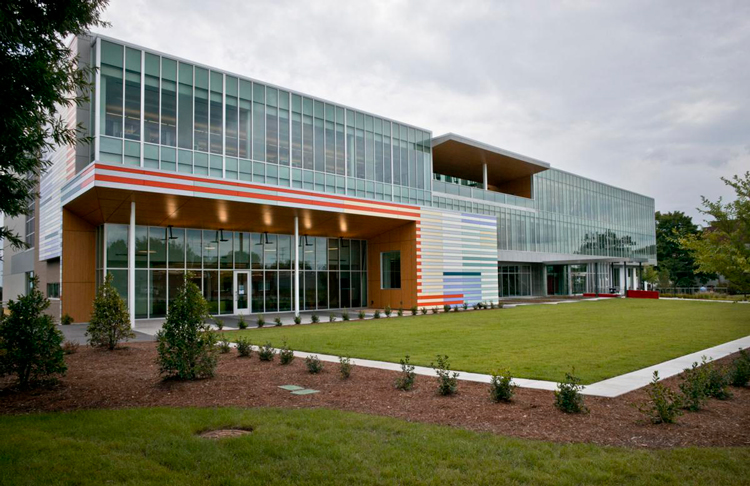 The community deserves to get the best for their tax money and our modern library tries to provide the best in technology and services that are currently available. The library is designed to adapt to new technologies and trends as they come along and do it in a very pleasing and welcoming environment.

Why was Central Library rebuilt?

The original building was built in the early 1950s and an addition was added in 1980. Understandably the needs of library users had changed dramatically over the years and we know that technology changes at a much greater pace today. The old building did not have the infrastructure to support new technologies like reliable Wi-Fi or even enough outlets for charging devices or plugging in public computers. There were also physical problems such as a leaky roof and inadequate plumbing that was costly to maintain in an old building. The growth of the community over the years and demands for different kinds of services made the old building very challenging to work in.

Central library has become everyone’s favorite library now that it has been remodeled, why do you think people like the new place? 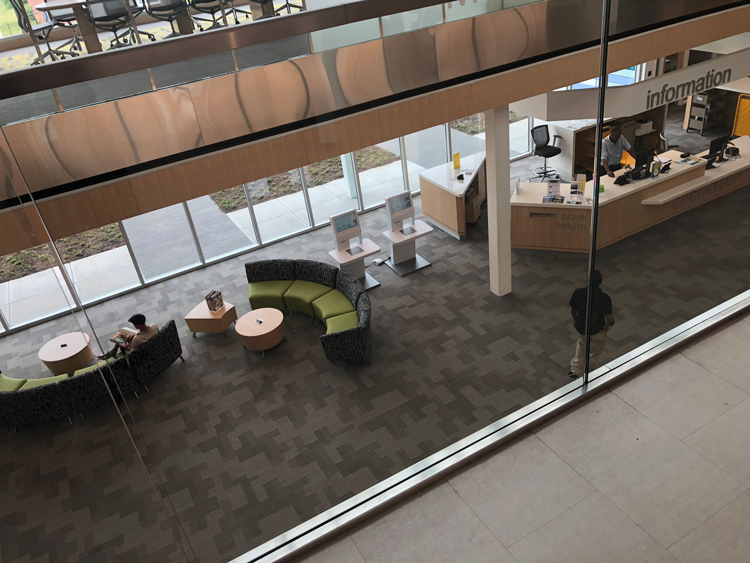 The new building shines like a welcoming beacon for the public with its gleaming glass windows reflecting the sun during the day and lighting up the neighborhood at night. People seem to want to come into space and spend time in comfortable chairs or working on their laptops at a table with a tasty beverage from the cafe. The openness of the space invites the public to explore the possibilities of all the programs and services that we offer.

What are the things that you think have improved so far at central? 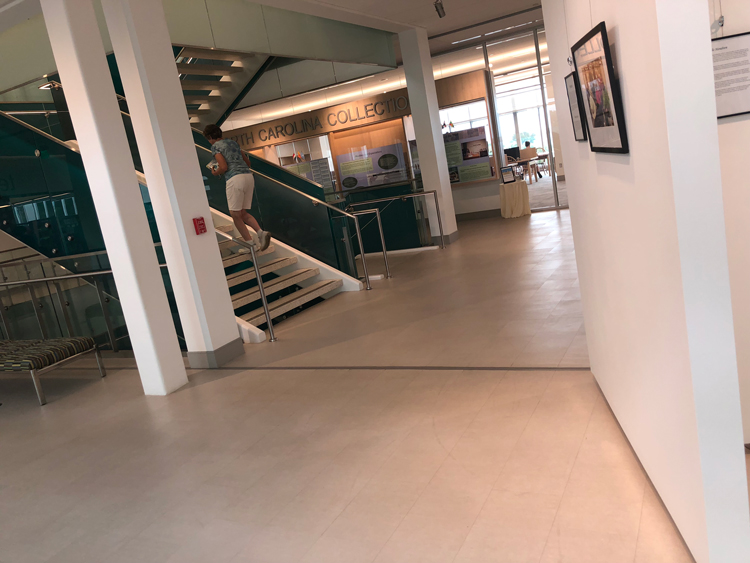 View of stairwell in the new Central Library

Definitely the Children’s Room of the new Central is much more open, inviting and secure than in the previous building. The books are easily accessed from moveable cubes as well as shelving and both high tech and low tech learning games and toys are abundant. Besides a beautiful story time room they have three study rooms and a patio. Restrooms are provided with facilities just the right size for children and the sight lines in the room allow for maximum monitoring for security. Likewise the new Teen Central is outfitted with gaming consoles and a green screen for budding filmmakers as well as books and magazines that appeal to young adults. It is in a much more visible location than before and teens love it. Those are just two of the exciting spaces that have been improved at Central but really all of our departments are much better equipped and laid out than before. The North Carolina Room, for example, now has a climate controlled archive room for preserving historic and fragile materials.

Do you think all libraries should be more modern?

There is no question that libraries must keep up with the times to achieve their mission to serve the public’s informational and recreational needs. But they have always been on the forefront of modernization. Libraries were using databases and the internet before people knew what they were. Our library was one of the first in the state to have computers available to the public and to provide assisted technology for people with difficulty hearing and seeing.

Do you think a modern yet, futuristic library affects the patrons in a positive way?

A modern library provides the tools and services that patrons need to meet their need whether it is to find a job, start a business, teach a child to read and love books, discover ancestors through genealogy or just escape the stress of the day with a good book or video. Only a modern library can serve society by providing all its people, rich or poor, young or old, from all communities and cultures with skills and tools to survive and flourish in a modern society.