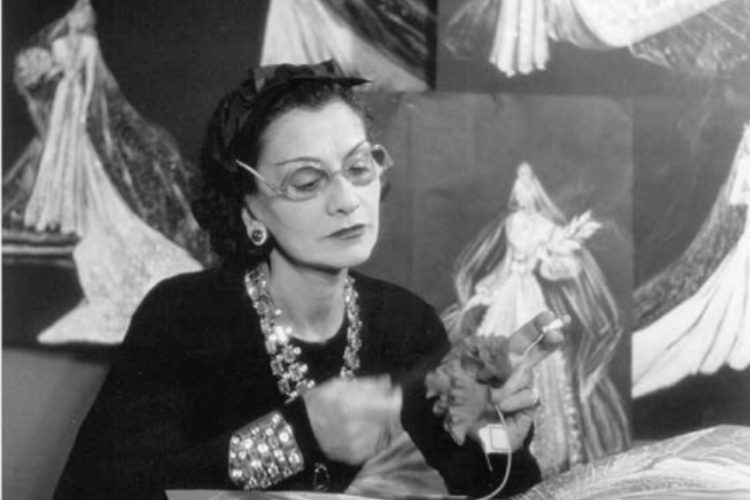 “In order to be irreplaceable, one must always be different.” – Coco Chanel

An iconic woman can prevail in the face of adversity. It is not the challenges that one faces that defines them – how they handle it is what makes them. Gabrielle Chanel is one my favorite female icons, not because she is timelessly fashionable, but due to the impact she had – and still has – on the world.

Most people know Gabrielle Chanel as “Coco” Chanel. Chanel, before revolutionizing the world of fashion, was a singer in cabaret. The song, “Qui qu’a vu Coco dans l’Trocadero,” gave her the name that will forever be remembered in the history of fashion.

Born on August 19, 1883, Gabrielle Chanel was one of five children born to parents Albert Chanel and Jeanne Devolles. Her mother worked as a laundry woman in a charity hospital. Her father worked as a street vendor and sold clothes traveling from different towns and markets in efforts to provide for his family. Unfortunately, Chanel’s mother died of tuberculosis in 1895. After her mother’s death her life began to change; she along with her sisters were left at the Sisters of the Sacred Heart of Mary where she began her trade. It was there that Chanel fell in love with sewing and grew a passion for fashion.

Beginning her career as a seamstress, Chanel continued to perfect her craft and learn as much about the world of fashion as she could. Her start into creating her own name in fashion began with her making hats. In 1910 she opened a small boutique called Chanel Modes on 21 rue Cambon in Paris, where she sold her couture hats to women. Her name and reputation grew when the famous theatre actress at the time, Gabrielle Dorziat, wore one of her hats in Fernand Nozière’s play Bel Ami.

Chanel liberated women through her work. With a needle and thread, Chanel changed the view of women in society with the innovation of pants for women. A simplistic yet elegant style created functionality through pockets and comfort. Of course, Chanel is not the first designer to have created pants for women to wear, but it was her style of pants that remained iconic. Another iconic outfit Chanel bestowed on the world was the pant suit; a tweed, collarless cardigan with an eloquent skirt established her signature style. During the 19th century, the recent world war created a depression, and during this time women’s oppression was at its peak. Through Chanel’s design and innovation, she proved that women can be classy and feminine in pants.

It started as a practical idea – everyday activities can be restrictive in a skirt or dress. Her style changed the world of fashion for women. Chanel represents a strong woman; she was abandoned by her father and placed in an orphanage at the age of 12. At the orphanage she gained her trade and learned to be a talented seamstress. Her brand represents her determination and perseverance. 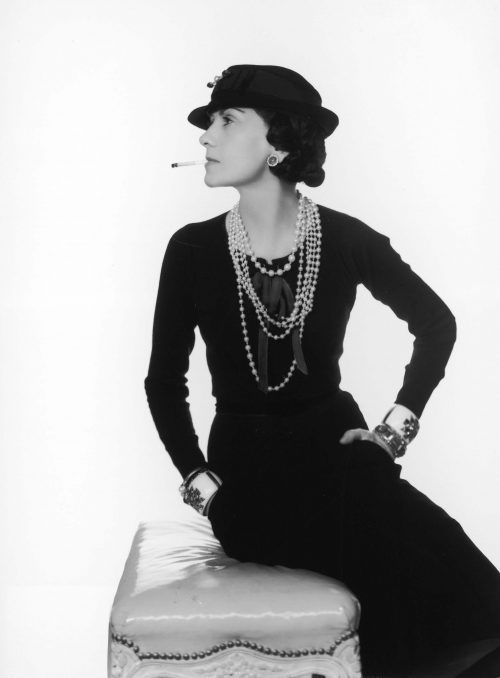 Her comeback to the world of fashion after World War II, despite her age, showed her passion and dedication to her work. The French press bashed her for returning to fashion; they claimed she was outdated and ridiculed her designs. However, this was the time when America discovered Chanel’s designs and fell in love with her as a designer, putting her back on her pedestal. Life Magazine wrote about Chanel and said, “At 71 years of age, Gabrielle Chanel brings more than style, a revolution.” Chanel was not only able to change her life for the better, but she did the same for every woman who wore her clothes, making her truly iconic.

Towards the end of her life, Chanel continued her work. Challenging ailments that came with aging such as arthritis and rheumatism, a form of arthritis, did not stop her from passionately creating more collections. One day, on January 10, 1971, Chanel worked with dedication towards completing her spring collection. She was suddenly overcome with fatigue and laid down in her room at the Ritz Hotel in Paris, France, where she passed away.

Gabrielle Chanel was revered as the most influential female designer of the 20th century. Chanel created a voice and started an empowerment for women around the world through her work. Combining class with ascendancy and style with strength she paved the way for designers and women that came after her. Chanel will remain an icon not only in the history of fashion but also for evoking the movement of female empowerment in modern society.