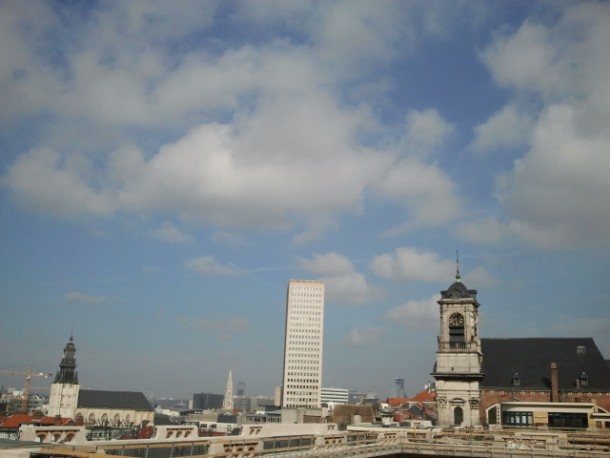 Refugee Camp in Brussels Closed Down

The refugee camp in the north of Brussels, where around 500 people were camping while waiting to register as an asylum-seeker at the Belgian Immigration Office, closed down on Thursday (1 October), voluntary organisations announced. The camp was run by volunteers, but they believe the Belgian government will not come with a solution for the housing of the asylum-seekers as long the camp will be there.

Many of the asylum-seekers camped in park Maximilian, near the Immigration Office (Algemene Directie Dienst Vreemdelingenzaken), while waiting for an opportunity to register their asylum application. The Belgian authorities have a limit of 250 asylum-seekers a day that can register, but the number of people trying to apply for asylum exceeds this limit on a daily basis. Theo Francken, Belgian State Secretary for Asylum policy and Migration, said in an interview that 250 a day means 60.000 a year, which, he pointed out, is for a densely populated country as Belgium a lot of people. He also added that all those people need to be integrated in the society.

The Council of Europe urged Belgium in September 2015 to speed up the registration procedure and increase their reception capacity. But it also noted that the country seems ‘ready to play its part to ensure that Europe meets the challenges arising from current refugee movements’. Nils Muižnieks, Council of Europe Commissioner for Human Rights, who visited Belgium noted: “The overwhelmingly positive response of Belgian society to the arrivals of refugees and the decision of the authorities to increase the quota of Syrian refugees they accept for resettlement, are encouraging signs.”

Between January and August 2015 Belgium received 16.754 asylum applications, according to the Belgian Immigration Office. In August this year, 4621 persons applied for asylum in the country. Most people came from Iraq, Syria and Afghanistan.

The Citizens’ Platform for Refugee Support in Brussels explained the closing of the camp was necessary due to the upcoming winter, the fluctuation of incoming refugees and the exhaustion of volunteer who for a month ‘took over the responsibilities of the Belgian government’. The movement said the camp was never presented as a long-lasting solution for asylum seekers.

Also the NGO Doctors of the World left the camp. They announced they will keep taking care of refugees in a nearby building that they are using with other organisations. The Red Cross opened yesterday 500 beds in a building nearby the Immigration Office, on top of the already 500 beds available. In September 2015, 6118 overnight stays were registered, the Red Cross said. The people stay temporarily in the building until they can register with the Immigration Office and can move to the regular reception of asylum-seekers.

With the closing of the camp the visibility of the waiting list for the Belgian registration procedure at the Immigration Office might disappear, but some sustainable solution should be found eventually.