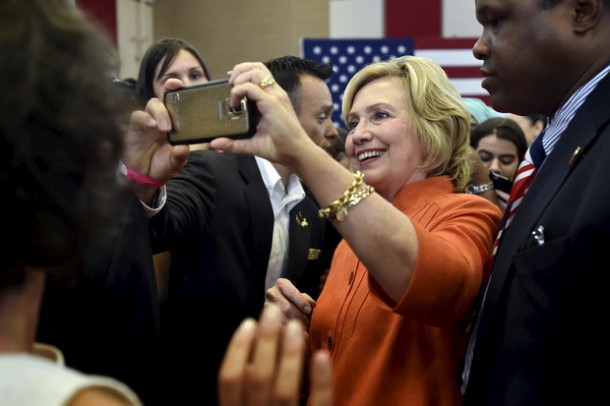 Social Media and the 2016 Presidential Election

Social media has been rapidly integrated into successive presidential campaigns since 2008 and is now set to play a central role in this 2016 cycle. All candidates in the 2016 race have adopted social media as a way of side-stepping the traditional media bias and speaking directly to potential voters.

So how has social media changed since the last presidential election? And how do this year’s candidates stack up against each other on various social media sites?

The most significant change in this presidential cycle is the emergence of social media platforms like Instagram and Snapchat which has given candidates the opportunity to communicate with the public through a visual media rather than just via text like on Facebook and Twitter.

With these new platforms, it is seen as absolutely essential that candidates engage heavily with social media. Erin Lindsay, a director of digital technology at Precision Strategies has stated, “I think one of the most interesting things this year is that it’s no longer a question of if candidates should be using these platforms, it’s how and how often”.

Social media is also providing a new avenue through which candidates can address each other directly. The most notable confrontation between two candidates on social media this year has been when Republican candidate Jeb Bush attempted to call out Democratic frontrunner Hillary Clinton for a tweet she posted concerning her education plan.

Whilst Bush certainly came off worse after his attempted brush with Clinton, it did allow the voting public a greater insight into the way these candidates feel on certain issues and how willing they are to confront each other.

The ability of candidates to show another side of their personality via social media has been adopted this cycle, and a prime example of this is Hillary Clinton’s decision to join Snapchat. Clinton now has tens of thousands of followers on the visual media platform and uses it mainly to show light-hearted and entertaining things rather than continually pushing a their political message.

“It’s become much more interactive, less about posting your own beliefs in your own feed”, Marie Danzig, head of Blue State Media and former Obama media staffer stated, “So I think we are seeing the candidates having more of a conversation rather than using it as a PR channel”.

In the 2016 presidential race, although all candidates have taken to social media, some have been more successful than others. Let’s take a look at how some of the leading candidates stack up against each other in terms of followers on a range of social media platforms, as of the 2nd of October 2015:

So by these statistics, we can see that Donald Trump and Hillary Clinton are by far the frontrunners in the social media stakes, but outsider candidates such as Carly Fiorina and Bernie Sanders are closing in fast.

We can see just how thoroughly integrated social media has become into the political process in the United States, so much so that it is now considered to be an essential part of any major political campaign.