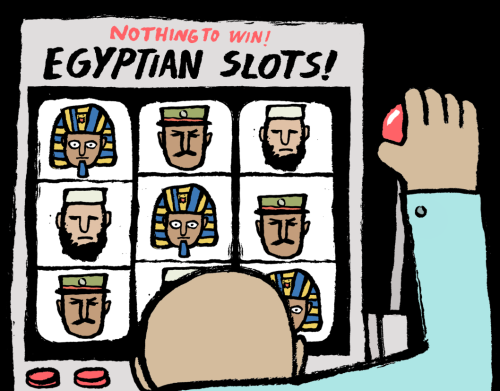 EGYPT. The current situation in Egypt changes nearly every day, although often not bringing benefits to the Egyptian people. In 2011, the Egyptian revolution overthrew then-president Mubarak after 30 years of rule. Eventually, through democratic elections, the Muslim Brotherhood came to power, only to be overthrown themselves by the army, following three days of public protests. Unfortunately, it appears as if the Egyptian people cannot win. When the Brotherhood was in power, they gave themselves power to legislate what they wished, which the people protested against as they felt they were not being given a say in the government they had elected. However, now, when the army is in power, Egypt has declared a state of emergency and a curfew has been put in place due to the sheer level of violence in the streets. Although neither the Brotherhood nor the military have brought peace and stability to a fair and equal Egyptian society as originally advocated for during the 2011 Revolution, as of now, there don’t appear to be many other options for Egypt.