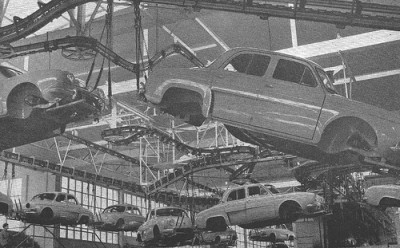 Workers Need to be Involved in the Democratic Process

U.S.A. Earlier this year, workers at a Volkswagen plant in Tennessee voted against joining United Auto Workers (UAW), exemplifying how the union movement in America is being destroyed. There is a significant lack of worker representation in the American political sphere, and unions must continue to exist to defend workers’ rights. Although the vote was close, it is a devastating blow for the union movement in America’s South, with workers beginning to vote against their own interests.

The right for workers to organize, otherwise known as freedom of assembly, is a fundamental right enshrined by the United States Constitution. It is implicitly linked to the 1st amendment and guarantees the right of a group to take collective action  in orer to pursue the interests of its members. This right has been eroded over many decades thanks to the increasing influence of rich, anti-union business owners who contribute heavily to politicians’ campaigns, and then demand and receive preferential treatment.  As a consequence, the diminishing rights of workers and the vast privileges given to millionaires become ingrained features of American society. This, in turn, makes people feel more and more removed from politics, causing long-term damage to democracy.

Unions are an essential part of democratic society. They are the only mechanism for bargaining for reasonable wages, greater safety, and better hours for workers, which private companies are not going to provide on their own because of the cost involved. What is interesting about the events in Tennessee is that VW officially remained neutral in the vote and allowed unions access to the factory. This demonstrates a fundamental difference in labor relations in Germany when compared to the United States.

The fact that workers voted against unionizing shows that 30 years of constant hostility towards organized labor has had clear results. In particular, Republicans in the South have gone after the working class and viewed unions as an enemy of democracy rather than an essential aspect of it. At the same time, many workers in the VW plant in Tennessee consider themselves to be conservatives and have begun to ask questions about why Republicans are targeting them. Interviewed in The Washington Post, an employee of the plant who considers himself right-of-center was left puzzled by the anti-UAW stance of his Republican Senator, Bob Corker. This shows how the Republican Party has become the anti-worker party and the party of big business.

However, there remains some hope for unions in the American South; in fact, union membership in Tennessee grew faster than in any other state in the country last year. This trend must continue if workers in the South are to ever be represented in their regional political spheres. Politicians like Bob Corker will continue to fight against workers rights because their ideologies are informed by those who make contributions to their campaigns. Hint: it’s not the UAW. Workers need to be involved in the democratic process and organize against anti-union politicians like Corker and his contributors who are not going to represent the needs of working people any time soon.