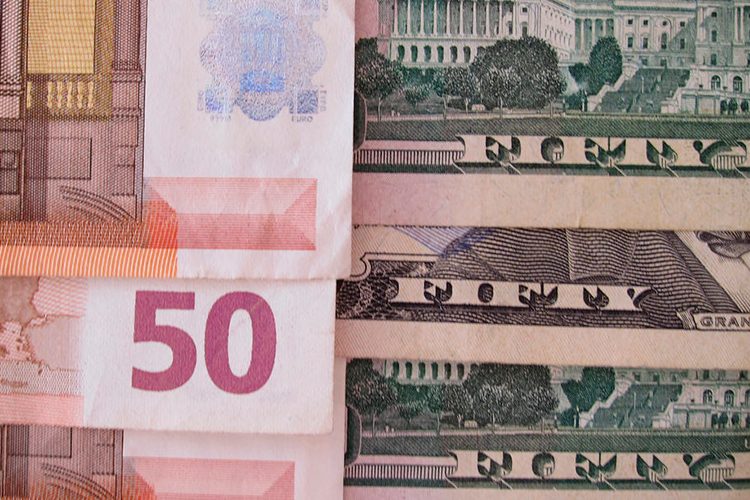 Money makes the world go 'round | The Comedian

Spain Isn’t the Only Country Not Paying Its Workers

SPAIN. Last December, The New York Times published an article by Suzanne Daley titled “For Spaniards, Having a Job No Longer Guarantees a Paycheck.” Another sensationalist piece on Spain’s crisis, inhabitants groaned via Twitter. When it comes to how their country is depicted in the media, many Spaniards have had it. Spanish newspapers, too, have started speaking out against the negative international media portrayals, with El ABC publishing a photo series on poverty in New York City to counter The New York Times’ hotly-debated photo series on hunger and austerity in Spain.

“Before you start criticizing us, take a look at your own country,” El ABC’s counter-series implies, and many inhabitants agree. In fact, quite a number of those living in Spain would concur that being paid late, or perhaps not being paid at all, isn’t breaking news. Sure, the crisis is bound to have exacerbated the situation. But what The New York Times presents as novel in Spain happens day-in, day-out, all over – in the United States, too.

And now, there is finally online proof to demonstrate it. Just as poverty marrs the streets of New York City, signing a contract with an American firm doesn’t mean you will get paid. And German web designer Frank Jonen is ready to tell the world. 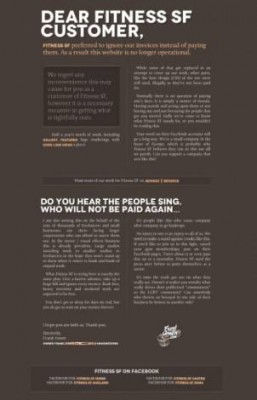 “The Fitness SF preferred to ignore our invoices instead of paying them. As a result this website is no longer operational,” Jonen writes on the website of Fitness SF, a California based gym chain that hired Jonen to design and maintain its online presence. Things would have been fine if Fitness SF had paid.

“They thought paying invoices was ‘optional’. They ignored all reminders. Let’s see if they’ll ignore this: http://fitnesssf.com/,” Jonen tweeted to his followers just a few hours back. He has hijacked the Fitness SF website and posted a letter explaining his need for the virtual defacement. “I am also writing this on the behalf of the tens of thousands of freelancers and small businesses out there facing larger corporations who can afford to starve them out,” Jonen affirms in the letter.

Though a Fitness SF rep has claimed that the claims about nonpayment were not true, the reality is that there are freelancers and small businesses worldwide that are still waiting on hundreds, thousands and perhaps even millions of dollars from their clients. In fact, large multinational companies, too, would assure you that they don’t always get paid, either (though granted, they have the added advantage of a legal structure that can help solve such issues more quickly).

Tracking down payments is part of business, whether you’re a freelancer, small business or large multinational company. Whether it’s shop and drop clients on eBay or clients that don’t pay agencies located on the other end of the globe, the internet has on the one hand opened up new revenue streams, and on the other, these revenue streams can end up being a scam. But even if your business isn’t virtual, it doesn’t matter if you’re in Spain, the United States or Germany, there’s always a chance you won’t get paid.

The question is whether defacing your client’s online presence is the right, or let alone the effective, way to go about trying to claim your payment.