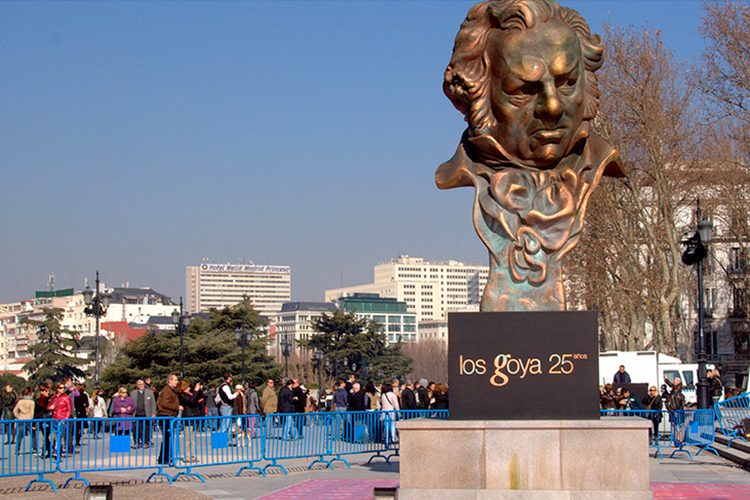 The Goya Awards, the most important film awards in Spain | Manuel Martín Vicente

The Crisis, the Spanish Film Industry and Tonight’s Goya Awards

SPAIN. “No a la guerra.” No to war. In 2003, that was the message actors and other relevant figures of the arts industry wanted to get across during the XVII edition of the Goya Awards (the Spanish equivalent of the Oscars). Javier Bardem, Fernando León and Luis Tosar, amongst others, protested live against former Prime Minister José María Aznar and his support of the Iraq war.

Now, almost ten years later, the same people that took the stage in 2003 have threatened to politicize this year’s Goya Awards, scheduled for this evening. A few days ago, the Unión de Actores y Actrices (Spain’s labor union for actors and actresses) issued a release stating that it is very possible they’ll take advantage of the Goya Awards to protest against the government’s cutbacks: “no a los recortes.”

To avoid a recurrence of what happened in 2003, an editorial published yesterday in El ABC is asking Spanish television (TVE) not to transmit the awards ceremony live, but a day later instead. “Cinema should be the primary focus of the gala,” deputy Prime Minister María Soraya Sáenz de Santamaría Antón is quoted in El Mundo.

But what is the purpose of art if not to show what is happening in society? If not to reveal defects and offer paths for improvement? Galas like the Goya Awards can serve as a way to reach millions of inhabitants and initiate true social change.

However, whoever is going to protest should better have well-founded arguments. Protesting against the Iraq war is one thing. Disputing the recent desahucios, or homeowner evictions, is similarly justifiable.

But if the actors are going to protest against the fact that there have been cutbacks in film subsidies of up to 30%, such affirmations should be taken with a grain of salt.

The Spanish cinema industry has a long history of politicization, in which socialist power intricately intertwined with the recipients of government funding. And to make things worse, the films produced with such funding have failed miserably.

In 2009, Economics Professors Rocío Albert and Rogelio Biazzi of Madrid’s Complutense University published a report titled “Mentiras y gordas,” the name of a Spanish thriller literally translated as, “Lies and fat ones.” Replete with examples of specific, government-funded films, the eight-page document’s message is clear: the socialist party has failed at keeping spectator numbers from falling – despite 87,7 million Euros in subsidies.

And it is not the increasing number of pirate movie downloads that is at fault, as Spain’s former Culture Minister Ángeles González-Sinde has erroneously proclaimed. The “Mentiras y gordas” report compares illegal downloads of American films and Spanish ones. The volume of the latter is significantly lower. People don’t even want to download these Spanish films subsidized by the government. Their quality is so poor that spectator numbers have plummeted, regardless of whether it is in cinemas, via streaming or download.

There’s a long line of people in Spain waiting for funding of all kinds. If the Spanish film industry is going to take advantage of tonight’s award ceremony to lament that the years of its unjustified subsidies are over, then they can spare us the time. We would rather just focus on who is wearing the most transparent dress, and who is flirting with whom.