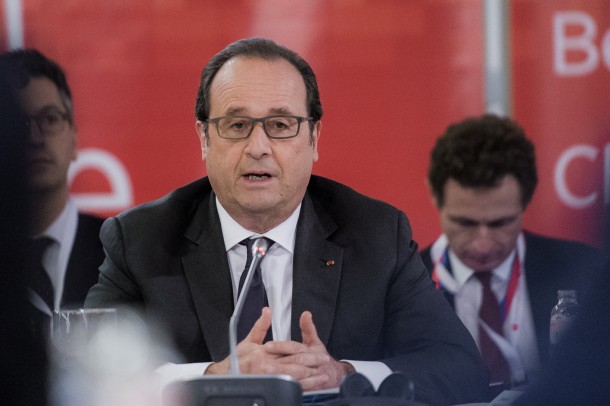 Following Francois Hollande’s proposals to amend French employment law in order to give more power to employers by making it easier to sack  employees and empowering them to vary working hours, recent months have seen mass industrial action take place across France, led mainly by the CGT (Confédération Générale du Travail) union. The French government argues that such reforms are necessary in order to tackle unemployment in France, which currently stands at over 10%. The Socialist government led by Hollande and Prime Minister Manuel Valls suggest that part of the problem lies in the current legislation being weighted towards workers. However, many studies have found that labour reforms serving employers’ interests are not necessarily a solution to high unemployment.

In terms of the current French employment legislation, Anne Eydoux, an economist at the Centre for Employment Studies in Paris, argues that rather than hindering employment, it actually encourages it.  She believes that it “reduces uncertainty and disputes, thereby facilitating hiring.” She also believes that previous concessions in favour of employers have simply led to more part time and insecure work, but with no impact on employment figures. The protests against the  reforms have caused mass disruption to the French transport network, including the railways and airports, as well as some petrol stations reporting shortages of fuel.

While it remains to be seen exactly what the longer term impact of these developments in France will be, parallels can be drawn between these reforms and those introduced by the Partido Popular  (People’s Party) Spanish government in 2012 with the similar aim of reducing unemployment in Spain by making it less costly for employers to dismiss staff and reducing the strength of collective agreements. However, many argue that the causes of traditionally high unemployment in Spain are far more complex and diverse, such as low productivity, black market business providing employment, and seasonal jobs in agriculture and tourism.

Research by leading academics has backed up the view that there are other factors which contribute to improving employment figures. Antonio Corral of the European Observatory of Working Life cites data provided by the Spanish Labour Force Survey as to the effect of the reforms on unemployment. This data notes that in the first year of the new laws coming into force, 630,000 jobs were lost, which the Survey argues demonstrates a failure to facilitate job creation. Furthermore, he concludes that the reforms have not had any impact on unemployment during the first three years of their operation, with unemployment falling slightly from 24.8% to 22.4% during this time. He attributes this mainly to other economic factors such as increased economic activity, reduction of austerity measures and emigration.

Martin Myant and Laszlo Horowitz of the European Trade Union Institute also dismiss any correlation between labour reforms and an increase in employment. They dispel the Spanish government’s notion that excessive protection of permanent workers led to dismissal of many temporary workers as the relaxation of this protection did not lead to an increase in the number of permanent workers in employment.

Ultimately, they conclude that while there has been a slight increase in employment  since the reforms, this increase lags well behind economic growth, which itself is attributable to factors such as increased exports  and increased household expenditure and also increased tourism, reflecting economic growth outside Spain, as opposed to labour reforms. They predict that employment in Spain will not recover to its 2008 level until 2027, but labour reforms cannot be blamed for this and have simply increased employment insecurity.

Clearly many challenges lie ahead for governments across Europe to try and alleviate unemployment as effectively as possible. Empirical evidence appears to support the view that relaxing restrictive labour laws does not in turn lead to a significant period of job creation, and that this merely causes a deterioration in working conditions and job security.  Hollande’s government may succeed in passing their proposed reforms notwithstanding mass public opposition, but time will tell whether this will actually achieve its intended aim of reducing unemployment.