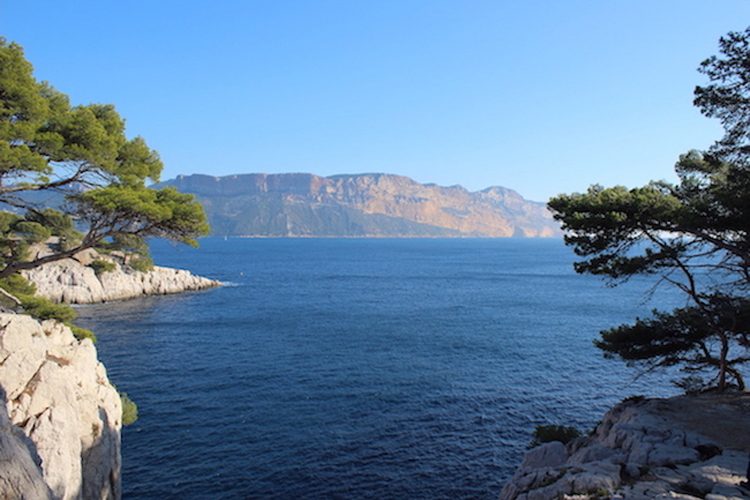 Top 10 Places To Visit In Provence

You know what they say about Provence in Provençal, the regional language, lou Provènço es forço bèu (Provence is very beautiful). Provence takes the cake in having some of the most beautiful destinations in Europe from their beautiful Italianesque architecture to their breathtaking Mediterranean landscapes. The region also offers a long history of Latin culture with a strong regional culture. In the rest of France, people love to hate Provence by making fun of it throughout the year but then migrating to Provence’s beaches and villages in the summer.

If you plan on visiting France any time soon, Provence is definitely a must see region. Here are 10 places that are sure to show you what the region has to offer. 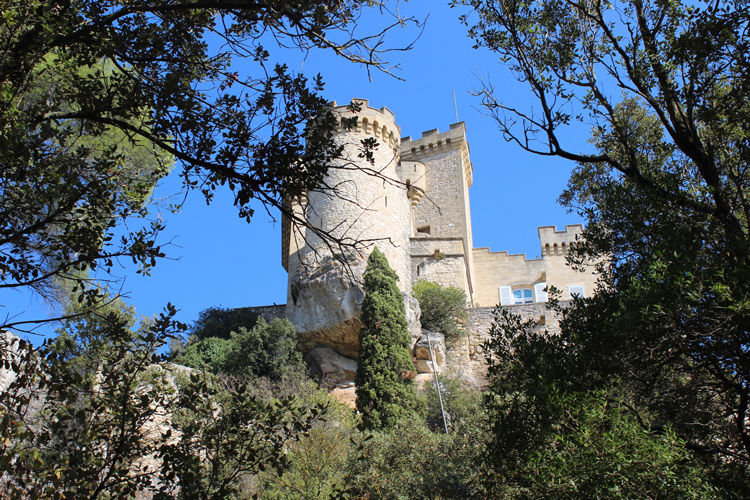 A medieval castle that you can still rent out as a B&B and is still a functioning castle, what more could you ask for? Château de la Barben is situated beautifully on top of a hill looking out over some magnificent Provençal landscape. Most of the castle has been restored and a lot of the original items are still in place. Most medieval castles are just bare rocks and as beautiful as they are, there’s something different about seeing the beautiful decorations the way they would have been 500 years ago. Taking a guided tour is one of the best and only ways to see this beauty. If you have the money, honey moon in a medieval castle in southern France. 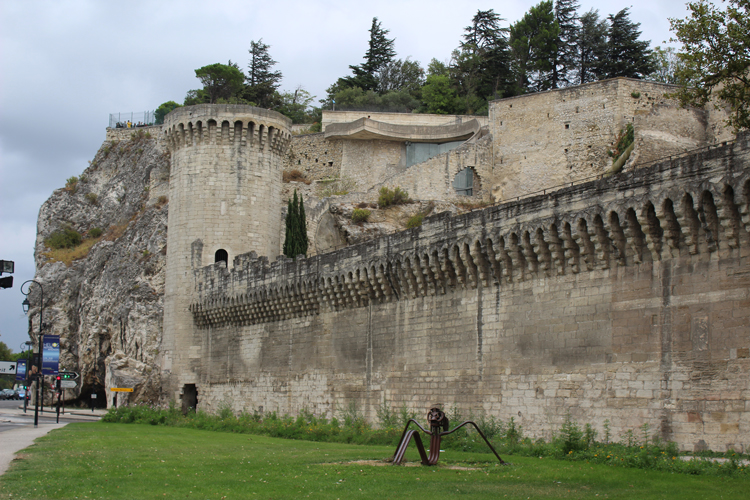 Remember that time the king of France sent someone to Rome to slap the Pope, embarrassing him and forcing him to come to France from that point on? Well, Avignon is where the Pope was to come to in order to meet with the king. It’s a beautiful town that’s worth visiting if all you do is walk around and see the architecture. There’s the pont d’Avignon (the Avignon bridge) and the palais des Papes (Popes’ palace). I highly recommend to go and see the light show at the palais des papes; they project elaborate pictures on to the walls of the castle and tell the story of Avignon. An amazing city waiting to be discovered with something to discover at every corner. 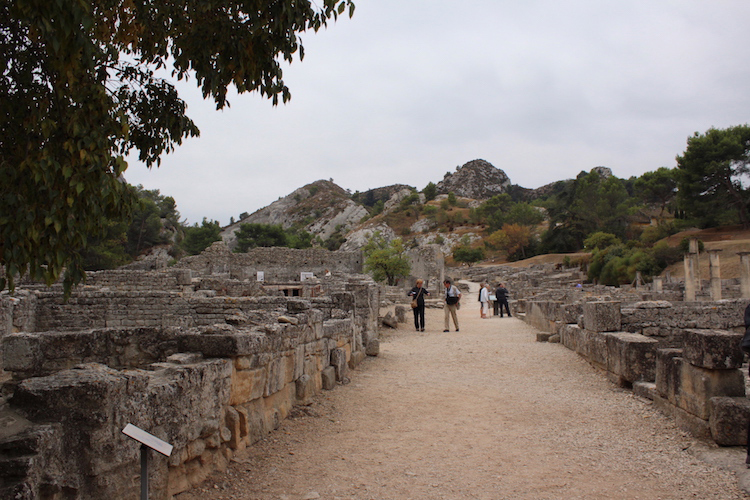 As an American, the Romans are a long gone civilization that happened on the other side of the world but being in the ruins of a Gallo-Roman village is actually pretty cool. Taking a guided tour through the ruins is the best way to experience the thousand-year-old ruins. Otherwise, you’ll just be looking at rocks. You’ll learn a lot about Roman culture and how they spread their influence across Europe. The site also gives a great insight into how Provence became the multifaceted region it is today. 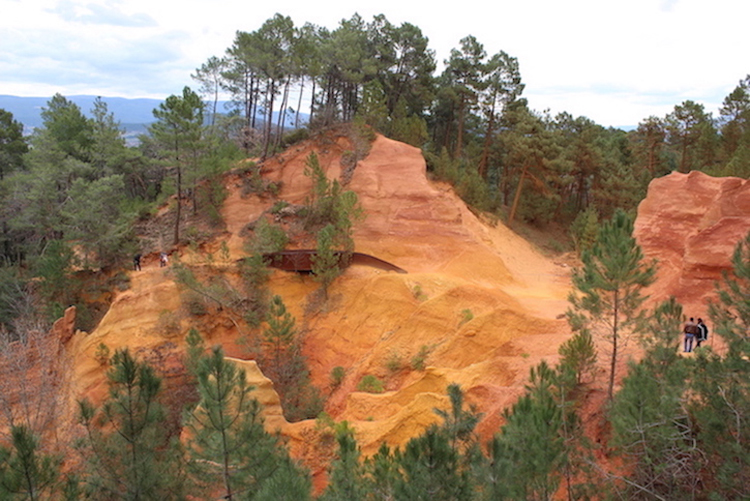 Have you ever wanted to go to Arizona but somehow ended up in southern France and still want to see a red desert landscape? Well Roussillon and le Sentier des Ocres has exactly that. The town of Roussillon is a hidden gem in the Luberon national park, representing all the beauty and diversity of Provence; century old buildings, mountains and valleys that seem to go on forever, lush fields etc. all the beauty of Provence wrapped up in once place. Le Sentier des Ocres is a nature walk through some of the most amazingly colored land formations I have ever seen. Not a particularly long hike, can be done in less than an hour, but a nice afternoon stroll through will be worth the 3.50€ admissions price. 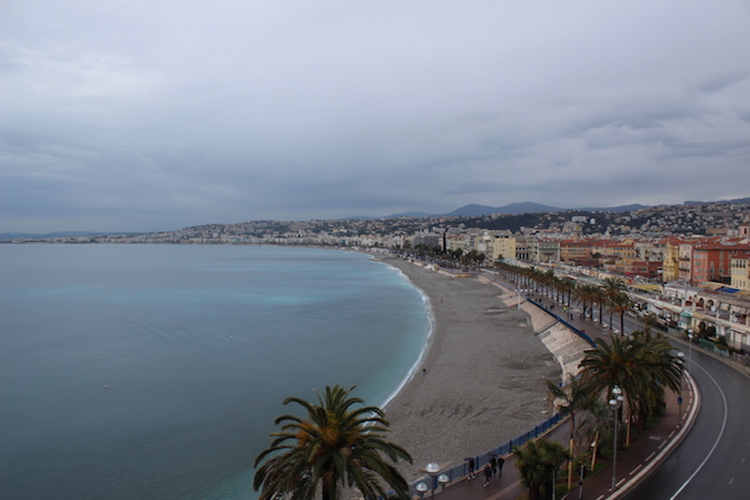 Nice. One of the nicest towns that the French Riviera has to offer, even flying into the airport is sort of a religious experience. Gliding over the ocean in the morning light, arriving with palm trees and beautiful weather welcoming you, nothing could be better. From their beaches to the le monument aux morts looking out over the ocean, the cliffs, and the city nothing will make you feel like you’re in southern France more than Nice with the waves crashing on the pebble stone beaches. 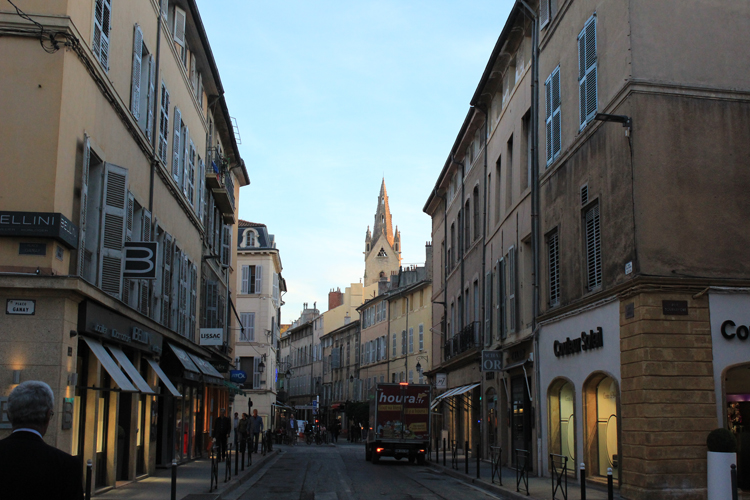 Founded in 122 B.C by the Romans after forcing out the Gaulois, Aix-en-Provence (Aix) is full of history and magnificent architecture. Aix was the home of famed painter Paul Cézanne with the city and the surrounding landscapes inspiring his art. Aix-Marseille Université is situated just south of downtown making Aix a college town with a vibrant nightlife with most of the bars and clubs on rue de la Verrerie; the town is the most lively from Thursday night, even Wednesday night, all the way to early Sunday morning. Cours Mirabeau is the main strip with markets, food, antiques, clothes, books, and flower markets, rotating four to five times a week. Aix is also known as the city of fountains and they are pretty much everywhere with the biggest La Rotonde welcoming you into town when you first arrive.

Provence is full of unique, hidden beaches but there are a few that really make a lasting memory with the beaches in Martigues being one of those. The Plages du Verdon was probably one of the most perfect beaches, the water was freezing but always one of the most mesmerizing shades of blue. A relatively quiet beach surrounded by cliffs. After laying out on the beach, I recommend hiking out to the end of the cove and looking out over the horizon. This spot was particular because the ocean seemed as if it were going to spill over any second. A truly amazing experience that appeared to be unique to Martigues. A perfect beach to mix a bit of hiking and a bit of tanning. 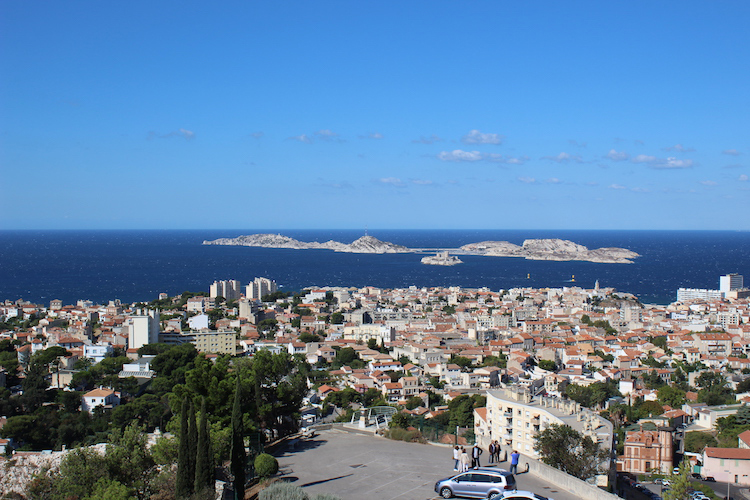 People from Marseille are very proud of their city and have even fought for decades for independence. Going to Marseille is like entering a different world as it’s vastly different from the rest of Provence and definitely from the rest of France. Being comprised of over a 100 different villages, every neighborhood has their own unique vibe. As it is the second biggest city in France, Marseille has everything to offer from their many beaches, diverse cultural influences, and even islands to visit (les Îles du Frioul). There really is no part of Marseille that’s not worth seeing because a trip to southern France would not be complete without a trip to Marseille.

2. Cassis and the Calanques 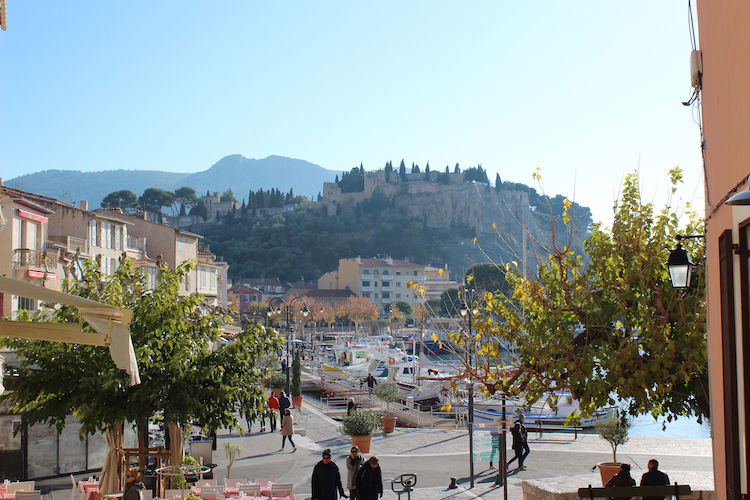 Cassis is one of the most picturesque towns in southern France. It feels like a smaller, slightly more touristy Marseille with the vieux port (old port) and downtown being seconds away from breathtaking beaches. The winter months are probably the best times to visit the town due to the fact that it’s not flooded with tourists. A 20 minute walk from downtown will take you to the Calanques National Park. Calanques is a French word, only used in southern France, that refers to a small valley which is submerged surrounded by high cliffs. Mixed with the beautiful cliffs and the vastness of the Mediterranean, there is not much better than hiking to the top of the calanques and eating your lunch looking out over the Mediterranean. 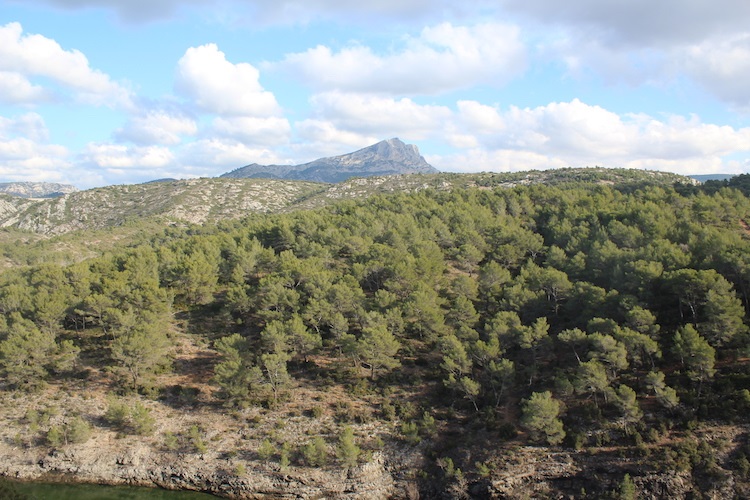 Sainte Victoire offers all the beauty of a Mediterranean landscape, a view of the snow covered Alps, and a historic monastery all in one place. Hiking to the top will take about three hours for most people, but the hike to the top is doable in about an hour and a half. Leaving early in the morning and having lunch at the top is one of the best option for enjoying the view. Hiking down though will only take you about an hour and a half to two hours, but equally as beautiful and worth every second. Taking a trip to any part of Sainte Victoire will help you realize why Cézanne was so captivated by its immense beauty.