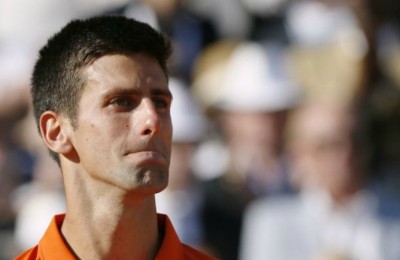 Novak Djokovic- The last step to glory is Roland Garros

French Open 2016 has often interrupted by rain and lack of roof on court. And Roger Federer, winning in 2009, is not in main draw cause of his bad physical condition. Anyway, the number one of Atp ranking Novak Djokovic is favorite tennis player to Roland Garros title, the only missing major in an amazing career.

Who can stop Serbian dreams? And the role of outsider will be crucial in this tournament on clay? Let’s try to imagine.

Rafael Nadal– Nine times winner in Paris is improving his resistance and power, but he is still far from best. This terrible guy from Manacor could fight until a possible semifinal against “Djoko”.

Andy Murray- Scottish player won in Rome thanks to comfortable draw  and great intelligence in long rally. It’s the most dangerous opponent for the pupil of Boris Becker, who lost Italian final of Master 1000 two weeks ago, after showing tiredness and hungry. Murray’s unpredictability is intolerable for everybody. But his monologues, in totally, have no to be more than two.

Stanislas Wawrinka- The defending champion has just beaten Rosol in five sets. In last tournaments, he didn’t not play well and many times complained for noise and his unforced errors. Last year, backhand was legendary. Now, it’s a risk to bet on Suisse player. All supporters will be surprised for a second time?

Nick Kyrgios- Genius and mad man. Surely, one of most important young promises of tennis. He won’t win the title, but at least will amuse public.

Dominic Thiem- Such as Kyrgios and Zverev, he is a talent ready to save tennis from old aristocracy. Moreover, he gets an incredible one hand backhand, ability to run up and also focus on important targets. Tennis can’t survive without great changings.