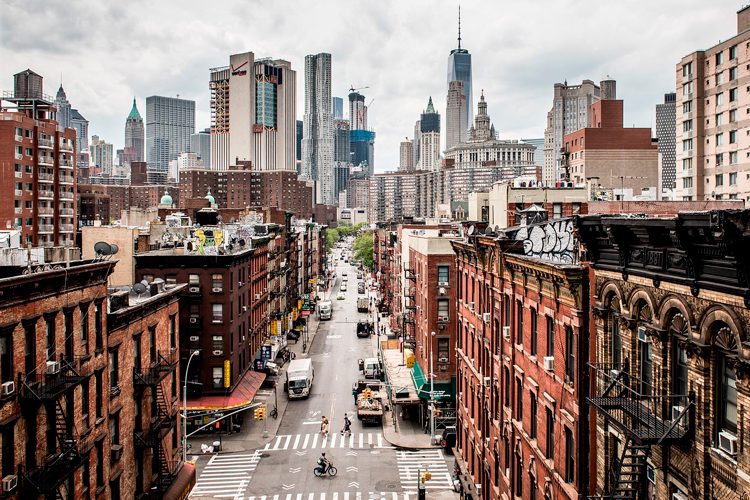 Out & About – In the Streets of Manhattan

It’s about 9 ish when I leave my home for work, I’ve got a bit of an odd job that requires me to wander the streets of Manhattan all day. As tiresome as the job is, I’ve got to say, there is not a dull day. It starts off with the morning rush on a Queens bound N train. The train is packed to the brim. It is a race and a rarity to grab a seat before 14th Street Union Square. If you manage to get one you’re either lucky, or a seasoned veteran, most likely the latter.
Now this job takes me to just about every neighborhood in Manhattan, each with is own unique set of sights and stories. Like when I watched a cat nonchalantly stroll out of a Washington Heights Bodega and settle down on a busy corner to people watch. For context, bodega cats are staple requirements of New York City, a fool proof mice control method. You can usually find them lounging on a stack of newspapers.
Higher Manhattan is usually rather tame by comparison in terms of tourist congestion, it is just congested with locals. The closer I get the heart of the city, the higher the concentration of people. Tourist central usually also means a hike in food prices, I will then usually find myself in a Dunkin Donuts for a reasonably priced break snack, in which I, like our aforementioned bodega cat, settle down and people watch. There’s people rushing to work, people strolling to work, lost tourists, tourists who have clearly been here before, teenagers on break for the summer, teenagers on break from their internships, and my absolute favorite, construction workers chatting.
Manhattan is an ever-changing city, there is always some sort of construction going on, so I see my fair share of construction workers. There is some comfort in watching these men chat and giggle in their work circle like kids on the playground, making the most out of a hard day’s work.
After work I might meet up with a friend, it is summer break after all, I too need to find some time for fun. There was one particular day in Washington Square Park (which I have now deemed the most interesting park to be at after said day), where I was enjoying the sun talking with my friend and a whimsical group of musicians holding a trumpet, a tuba, some drums, a washboard, and one member sporting a propeller hat, played some great tunes, from the Muppets theme song, to Don’t Stop Believing by Journey. It really drew a crowd, a man on his biked stopped nearby just to snap and groove to the music, while a fellow with his own harmonica joined them for a song. It felt like a dream really.
After a bit of baking in the sun and enjoying the music we had to get moving, and as we applauded the whimsical bunch and exited the park, my friend and I spot The Pigeon King. Now this is not any official title, it is my title for this man who was sitting on a park bench with well over a dozen pigeons perched on his head, shoulders, knees, etc. At that point my friend and I really just stood there asking ourselves “Is this real?”.
Now this is a collection of crazy sights over a matter of days, but I wouldn’t be surprised if it all happened in one day. New York City is a hell of a place to be and some days I really wonder if I am dreaming.
I am still questioning the existence of The Pigeon king because it seems no one else was shocked by his command of these birds.