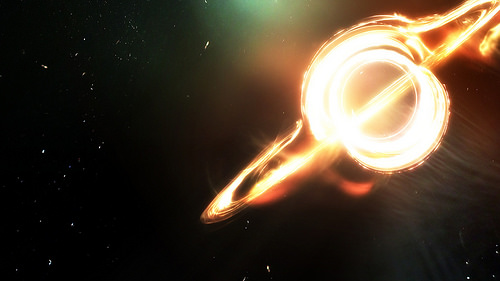 The Universe of Christopher Nolan

U.S.A. Christopher Nolan awakens love and hate at each of his new film premieres; admired by those who see in his way of creating cinema, a place for the mind without borders, where everything can be explained for a reason, and criticized by those who see in his films, unsuccessful attempts to create a different film, which in the end only reflects his great pretensions and ambitions.

For everybody, Christopher Nolan is a director, screenwriter and producer of a different cinema, which doesn’t seek to recreate films that already exist, and whose goal is to discover new mazes in the minds of viewers, with more or less success.

The best way to meet someone and build an opinion about him, is knowing what he does, and how, so the best reflection of Christopher Nolan begins with Following in 1998.

Following is the beginning of Christopher Nolan’s adventure in cinema. With this first film, filmed in black and white, during one weekend in one year, he directed the story of a writer seeking inspiration for his creativity by following unknown people on the street. Following began the great legend of Christopher Nolan.

In the year 2000 comes Memento and Christopher Nolan sparked the interest he had failed to attain with some viewers with Following. He now showed that his head thought differently from previous renowned filmmakers, making their eyes look towards different stories that nobody had before addressed in any movie. Memento is the story of an amnesiac man looking desperately for the murderer of his wife (or so he believes), with the help of some post-its and and messages tattooed on his body. Memento supposedly meant to Nolan that the world of cinema was looking at him.

In 2002, Insomnia consolidated Christopher Nolan as one of the most talented directors in film today. In this story,  the Alaska of city plays a special role in hosting two detectives investigating the murder of a young woman, but everything gets complicated when the sun and permanent light of this state prevents one of the detectives from resting.

The highlight in the career of Christopher Nolan came with the adaptation of comics by Frank Miller, which showed Batman as a superhero who protected Gotham City of the villains. But above all, the films showed a man named Bruce Wayne, who was under the mask, a man tormented by the death of his parents. The trilogy of Batman that began with Batman Begins in 2005 followed with The Dark Knight in 2008 and ended with The Dark Knight Rises. The latter was the most recognized and admired of Nolan’s work, with his vision of Batman and his way of explaining it in each sequence, getting him a privileged place among film critics.

In 2006, after the Batman trilogy, The Prestige recovered Nolan’s psychologies stories, showing the bright sides and darkers shades of humans. In this film, the ambition to achieve the perfect magic trick becomes the obsession of two wizard friends, modifying and completely controlling their lives. Protagonist Christian Bale stated about the film: “There are so many curves and changes of direction, many layers …”

With the consolidation of Nolan’s trajectory as a directory, the wonderful and intelligent film Inception premiered in 2012, telling the story of a thief of subconscious ideas.

In 2013 and 2014, Christopher Nolan formed part of the team of The Man of Steel and Transcence, but not as director, but as producer in both, and writer in The Man Of Steel.

He returned to direct a new film that same year: Insterstellar. Without doubt the wait was worth it for those who anxiously wanted to see the last masterpiece of the director.

Interstellar continues the interesting and amazing road that Nolan’s spectators had begun long ago. This time, we go further to discover and to imagine the unknown, an alternative to life on Earth.

The films by Nolan have never been awarded great prizes or honors in the academies of cinema. But the truth is that if a play of art is what transforms you for better or for worse and gives you a view of the world that you haven’t seen before; if it opens your mind and ultimately makes your more wise, Nolan is the greatest artist in cinema today, defined by his ability to discover new realities.