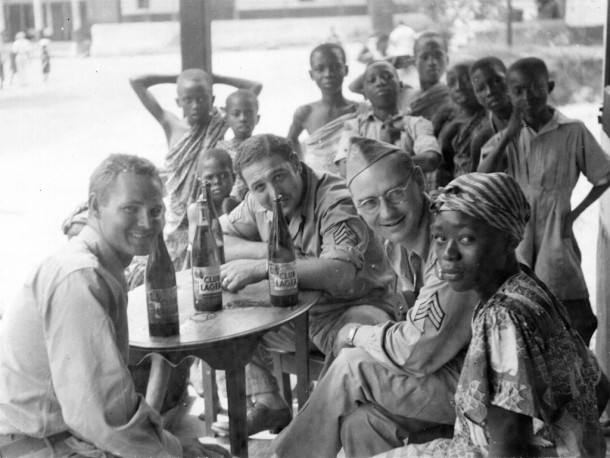 SIERRA LEONE. Natural resources are a major driver of armed conflict, fueling and incentivizing violence in diverse countries, including Sierra Leone, Congo, and Afghanistan. Diamonds, other minerals, and ivory trades finance and motivate armed groups, driving them to terrorize civilians and destabilize societies. Theft in war is a war crime – also known as pillage, looting, and plunder – and ending impunity for these crimes is critical to ending some of the worst violence of the last century.

While the war crime of pillage has been prosecuted as far back as the Nuremberg trials, there have been few cases in recent years, particularly relative to how prevalent resource wars have become, especially in West and Central Africa. One such case is of Sierra Leone. Today, we are privileged to interview Mr. Mohamed A. Bangura, Prosecution Legal Adviser/Evidence Officer, Residual Special Court of Sierra Leone (RSCSL), Until its closure, Bangura was the longest serving Sierra Leonean attorney in the Office of the Prosecutor, SCSL (2002-2013), and prosecuted in three of the four major trials conducted by the court – the CDF and RUF Trials in Freetown, and Charles Taylor’s Trial in The Hague.

Tell us a little about your educational background: where did you complete your undergraduate studies and what particularly interested you in public international law/ international criminal law for your advanced studies?

I received my early education in Sierra Leone. After leaving school, I trained as a school teacher, then taught for a few years before changing course into a career in law. My law studies started at Fourah Bay College, University of Sierra Leone in 1987. Four years after enrolling, I graduated with an LL.B (Hons) degree, in June 1991. I was among the fourth group of students to graduate from the University’s newly established Law Faculty. Graduating from Fourah Bay College with an LLB (Hons) degree satisfied only the academic part of my training as a lawyer. I then enrolled for 1 year at the, also newly established Sierra Leone Law School in 1990, as part of the third group of university graduates to receive professional legal training at this new institution. I graduated Barrister-at-law and Solicitor in June 1992, and was certified qualified for practice, first as a pupil barrister for a period of 1 year, and thereafter as a full practitioner.

After a few years of practice in a private law firm in Sierra Leone, doing predominantly civil commercial work, I moved to the UK in Mid1999, to pursue postgraduate studies. This was a convenient time to break from work, as my country was at war. The civil conflict was entering its eighth year at that stage, and had crippled economic life in the country, especially following the brutal attack by rebels on the capital Freetown in January 1999.

My entry into the field of International Criminal Law was purely fortuitous. Neither my postgraduate legal training nor my practice experience prepared me for this chanced entry into a new field of the law. I had of course studied Criminal Law and Public International Law in my undergraduate studies and at Law School. Also, I had managed a limited amount of criminal defence practice, mostly at the Magistrate’s Court level, because in Sierra Leone legal practice tradition, there is hardly any strict adherence to areas of speciality. Everybody tries to do a little of everything, without specialisation in any. A few firms though, try to keep the dichotomy between criminal and civil practice.

Given that you come from Sierra Leone, where the issue of violation of human rights of civilians has been at the forefront, did that in any manner impact and influence your decision to pursue a career in this field?

I eventually graduated MSc Property Law in June 2001, and LLM (Commercial & Corporate Law) in November 2001. By this time there was now an end in sight to the conflict in Sierra Leone. With the intervention of UN and British Forces, the rebels had been put on the back foot. They eventually agreed cessation of hostilities, and respected the peace terms under an accord signed in Lome in 1999, which called for disarmament, demobilization and reintegration (DDR). At the same time, moves were being made locally and internationally for the establishment of the two separate transitional justice mechanisms that the country is today credited for – the accountability mechanism, in the form of the Special Court, and the reconciliation mechanism, in the form of the Truth and Reconciliation Commission. Being a hybrid court that would be sitting in Sierra Leone, the country where the crimes were committed, the newly established Special Court for Sierra Leone (SCSL) was keen on recruiting locally trained lawyers to work alongside their international colleagues. It started recruiting in Late Summer 2002, barely a year after I had completed postgraduate studies. I was at this time eagerly looking for opportunities between London and Freetown. So not only were the prospects of working for the Special Court a welcome break financially, it also offered the chance to be involved in the process of delivering justice to the people of Sierra Leone. Talk of peace, justice and reconciliation was at this time very much rife, and many other Sierra Leonean colleagues craved the desire to work for the court. My application for a position of Associate Trial Attorney was favourably considered, and I was formally recruited in October 2002.

What is the nature of your work at the Special Tribunal of Sierra Leone – what activities are you engaged in?

With regards to the nature of my work at the Special Court for Sierra Leone (SCSL), I started off as an Associate Trial Attorney, and worked in this position for four years, and then applied and successfully filled up the position of Trial Attorney. I carried on in this latter position until the Special Court closed in December 2013. Under both titles, my job description and actual performance of duties were similar, although the latter carried more administrative/management responsibilities. As an attorney, my duties are mostly court related – collection and analysis of evidence, working with investigators when they talk to witnesses or go to collect evidence, classify evidence, assess and select witnesses, seek and monitor protective measures for witnesses, write/draft motions and other pleadings, act as counsel or co-counsel in court, conduct witnesses in examination and cross-examination, address the judge or Trial Chamber and present closing arguments. I worked on three of the four main trials conducted by the SCSL, the CDF Case, RUF Case and Taylor’s Case in The Hague.

With regards to my work at the Residual Special Court for Sierra Leone (RSCSL), I play a slightly different role now, in the RSCSL. First, in terms of designation, I am now a Prosecution Legal Adviser/Evidence Officer. This designation accords with the role and functions of the RSCSL. My duties are mixed legal and administrative. There are no court sittings now as the RSCSL is in a residual phase. Principally, I look after day-to-day business in the Prosecutor’s Office. The Prosecutor now works remotely. My duties are centred around the following main functions of the RSCSL: Monitoring of sentences of convicted persons (8 SCSL convicts are currently serving sentence in prison in Rwanda, while Charles Taylor is serving his sentence in the UK) – SCSL convicted persons are entitled to apply for Conditional Early Release from prison after serving two-thirds of their sentence. Such applications are already being made before the RSCSL, and the process requires the Prosecution to file submissions opposing or supporting; Maintaining the court’s archives (All originals of SCSL documents, including evidence material are now kept in the Dutch National Archives –DNA, with an electronic database managed by the court, that provides copies for day-to-day use, including research); Witness Protection: Providing protection and support for witnesses and victims who testified in the trials and are still subject to the protective measures previously ordered by the court (A small team of our staff based in Freetown interface directly with our witnesses and victims). I often have to liaise with them on issues affecting any of these witnesses; Responding to Request for information from national investigating authorities (The RSCSL archives hold a reservoir of information on persons who have or might have been involved in human rights violations during the civil wars in both Sierra Leone and Liberia). States interested in such information are able make request through appropriate channels and can be provided the required information.

What is your view about the future of international criminal law? Do you think over the past decade, the field has developed as a strong, independent field in public international law?

International Criminal Law has grown exponentially in the past two decades, judging by the jurisprudence produced alone. It has opened up precedents on so many issues falling within the realm of the law that had never been adjudicated before. Additionally, as practice in this field continues to widen, newly established legal principles become crystallised as precedents. Examples include, new convictions for recruitment or use of child soldiers, convictions for the practice of Forced Marriage as a Crime Against Humanity, convictions for attack on peacekeepers on a humanitarian mission, developing the practice of weaving victims claims into the trial process, and refinement of witness protection and support measures. There is no doubt that new areas in this field remain unexplored. And given the nature of humankind, to never truly learn lessons from the mistakes of others, and to be ready all too often to resort to violence and conflict as ways of settling our differences, the prospects for expansion in this burgeoning field remains real. The ICC’s ever increasing portfolio of cases and situations they are following lends testimony to this view – Sudan, Libya, Kenya, Ivory Coast and until recently Gaza, to name a few.

For new entrants in the field of international criminal law, do you have any recommendations? Any guidance and tips on how to apply for internships, what are the credentials sought for in candidates (academic and/or professional), any recommendations on courses to take at graduate and law studies?

The future of international criminal law is not bleak, as some might think. On the contrary, prospects for growth are brilliant, as long as we stop limiting our vision of practice in this field to the confines of what the ICC and the shrinking number of the ad hoc tribunals do. While there is indeed the possibility of some more ad hocs likely to come into existence, possibly to try out even different models of justice, or perhaps simply to keep separate, the events of a particular incident from the ICC, the actual area of growth that we should be focussing on is in domestic legal systems strengthening themselves well enough and taking control over future cases of war crimes, crimes against humanity and other grave breaches of international humanitarian law within their jurisdictions. This will help actualise the principle of complementarity, whose absence or failure of implementation by states currently gives rise to the ICC’s exercise of jurisdiction, and concentration of cases in its hands. If every national system builds its own capacity by, for instance, setting up a special War Crimes Unit staffed by qualified personnel, within its national prosecution and investigations system, there will not be need for new graduates becoming overly concerned about filling a handful of jobs concentrated in the hands of the ICC and a few ad hoc tribunals.