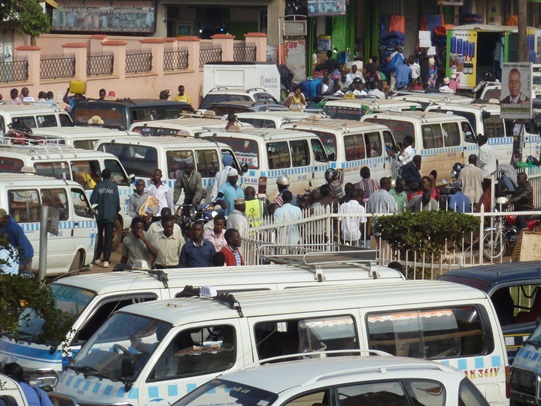 The International Criminal Court (ICC) is trying for the first time a suspect that allegedly was involved in the destruction of cultural heritage in Mali in 2012. This is an important step, argues criminologist Barbora Hola, and can be seen as a test case for future prosecution of cultural property cases.

Ahmad Al Faqi Al Mahdi was a member of the radical-Islamic group Ansar Eddine, according to the ICC. Mr Al Faqi is believed to have committed war crimes by being involved in the destruction of historical and religious important buildings in Timbuktu, Mali.

In 2012 Islamic rebels took over power in certain parts of Mali and implemented the sharia law. Historic and religious buildings in Timbuktu were destroyed by them. The militants were driven out in 2013 by French and Malian troops.

Mali asked the ICC in 2012 to investigate the crimes in the country.

“Al Faqi is the first defendant in the history of the international criminal justice charged exclusively with crimes against cultural heritage and also the first member of an extremist Islamic group to stand trial for international crimes at the ICC”, says Ms Hola. “In this sense it is an important case. Also many would argue that the fact that the Office of the Prosecutor (OTP) brought charges exclusively based on cultural property crimes is important in ascertaining its mandate and demonstrating that these crimes are sufficiently serious, according to the OTP, to be brought in the attention of the court, which is there to deal with the most serious crimes of international concern.”

ICC Prosecutor Fatou Bensouda announced in 2013 that she opened investigations into war crimes in Mali. Why is the first case coming out of this the attack on cultural heritage?

“This is a very interesting question and indeed the OTP opened an investigation into Mali more than 2 years ago. There have been some speculations by commentators that Al Faqi had been in custody in Niger since 2014 and after coming across video materials where Al Faqi acknowledges his role in the destruction of Timbuktu historical sites, the OTP has had him under its radar for some time. There are some speculations that the arrest warrant was issued now because the OTP came across information that Al Faqi would be freed from his detention in Niger, so they wanted to act quickly to secure his transfer to The Hague before that would have happened.

The fact also is that there has been an increased international attention on attacks on cultural and historical sites recently, so this might have played a role as well. Other things that come to mind is an available evidence and chances the OTP will be able to secure a conviction in the case, which I would argue, is needed given its rather volatile history in this respect.”

Mr Al Faqi is not charged with ordering or directing the destruction, but committing or facilitating or contributing to them. Why is the ICC not trying to prosecute a higher ranking person?

“Just recently, in July 2015 the OTP issued a new prosecutorial strategy, a policy paper, where it argues that it will implement “a building-upwards strategy” by first investigating and prosecuting a limited number of mid- and high-level perpetrators in order to ultimately have a reasonable prospect of conviction for the most responsible”. So the case might be the first demonstration of this new prosecutorial strategy. It is a common knowledge that in the international crimes cases, it is always the most difficult thing to prove a link of high-end perpetrators to crimes committed on the ground. The “pyramid” strategy, that was also employed by the ICTY by the way, might help to go after those far removed from the crime scene by first addressing the crimes committed by their “underlinks” and then building up towards “those most responsible”.”

Will this case pave the way for similar cases as the destruction of historic sites by ISIS?

“Currently the ICC does not have jurisdiction over Syria as such because Syria is not a State party to the ICC Statute and the UN Security Council has not, so far, referred the situation to the court to trigger its jurisdiction.

But the case is certainly precedent setting as it is the first of its kind to be brought before international judges. So far, international criminal judges have dealt predominantly with atrocious crimes committed against persons, such as widespread killings, sexual violence, torture or inhuman treatment, or conscription of child soldiers such as in Lubanga for example. This is the first case of its kind to address destruction of cultural and historical property exclusively. So in this sense, also given the elevated international attention to this phenomenon, the case is certainly important and let’s say a test case for future prosecution of cultural property cases. It also shows that the OTP considers these crimes sufficiently important and within its mandate to bring exclusively this charges.”

How likely do you think it is that this case will serve as a deterrent effect?

“When it comes to the deterrent effect of international criminal proceedings, you need to realize that it is always extremely difficult to ascertain and the record of the international criminal tribunals in deterring atrocities so far is not very encouraging. Remember the ICTY, which was well over two years into its functioning, when the Srebrenica massacre happened. The deterrence is a very complicated phenomenon and depends not only on the severity of an expected sentence but also, and maybe more importantly, on a probability that perpetrators will be actually arrested and brought to justice. And this exactly is one of the problems of the international criminal courts and tribunals. So the ICC is constrained by its rather limited jurisdictional reach and mandate.”

Dr. Barbora Hola is an assistant professor at the law faculty of the VU University in Amsterdam, the Netherlands. She wrote her PhD on international sentencing.