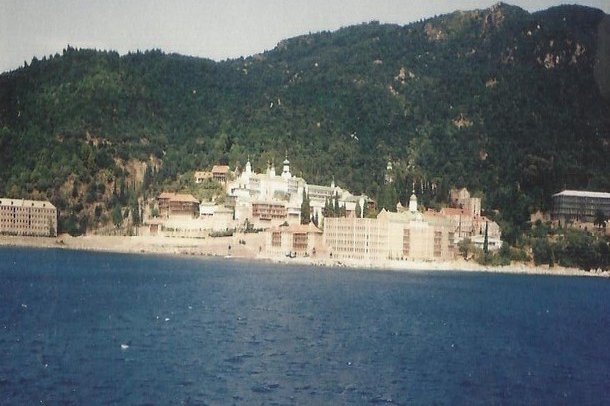 Step Into the Spirituality of Mount Athos

GREECE, MOUNT ATHOS. The Holy Mountain offers an unforgettable religious experience back in the mists of time. The land of orthodoxy since 1054, Mount Athos, officially known under the name of Autonomous Monastic State of the Holy Mountain, is situated in the Halkidiki Peninsula of Northern Greece. Although nominally part of Greece, Mount Athos is largely self-governed under Hellenic Constitutional law by the representatives of the Holy Monasteries.

Rising from the ragged mountains and forests along the peninsula’s shores, 20 extant monasteries and dozens of smaller ones called skites are the places to live an otherworldly experience. The unique monastic state shepherds more than 2000 monks and many of those who seek to satisfy a spiritual hunger. Once stepped foot on Mount Athos some of the Pilgrims said instantly felt their souls freezing in awe and joy and not surprisingly, they have returned several times. In pursuit of their spiritual aspirations, the Holy Community spends almost every waking hour praying and meditating. The rest of the day is taken up by work hours in the monastic gardens, for the buildings maintenance, of icon-painting or cooking. The silence is only broken by the early morning tapping of the talanton, which is a wooden board instrument, used to call worshippers to prayer. The daily meals are also surrounded with ritual of silence and while the monks quietly eating must listen to a monastery’s inhabitant whispered sacred writings.

The Spartan life dating back a thousand years as well had a great influence on the Balkans architecture of the monasteries. The predominant Byzantine style along with a rich collection of well-preserved artifacts that includes wall paintings, rare manuscripts, old icons, golden objects makes the Holy Mountain a fantastic spot. Likewise, time is running differently in this part of the world. Clocks are set on Byzantine time, therefore the day starts at sunset and dates are calculated according to the Julian calendar of the Roman Empire having a difference of 13 days from the actual Gregorian calendar.

To live the blessing moments many thousands of visitors come to the Holy Mountain every year. Six months in advance reservation is required for a stay but only men are permitted to enter the Holy Land.  This rule forbids access to Mount Athos by any woman who can, in spite of that, observe it from the desk of a cruise boat from the border village Ouranoupolis that sails at a distance of 500 meters off its shore. The permit is valid for a four-day visit on specific dates issued by the Holy Executive of the Holy Mount Athos Pilgrims’ Bureau. Visitors can stay at the monasteries of their choice. The monasteries do not charge for their hospitality; however, they do accept donations that one might make. Pilgrims can take photographs but the use of video cameras is strictly forbidden. The community of Mount Athos also welcomes non-orthodox visitors.